The success of PUBG Mobile is so great that there are even loyal players who prefer to play this version on PC than the original game itself. If you're one of those PUBG Mobile fans and want to bring the action from mobile to PC, check out how to do it below!

To play PUBG Mobile on PC you need an emulator, and it doesn't get any better than Tencent Gaming Buddy, now called GameLoop. In addition to being the most optimized to run PUBG Mobile, the official emulator from Tencent (PUBG developer) has several features related to the game, especially with regard to controls.

After installing the emulator, the program's initial screen will show you several game options for you to download. Among them, the first is PUBG Mobile and to download the game, just click on its icon:

After downloading, the game can be accessed through a shortcut on your desktop or through the same icon shown above.

Now the best thing about GameLoop: the controls are already configured for PUBG Mobile! That's right. The commands were chosen based on classic shooting game controls (WASD for walking, spacebar for jumping, mouse for moving and shooting, etc) and they fit perfectly in PUBG Mobile.

Anyway, if you want to edit the commands to your own preferences, just click on the icon with a keyboard on the right side of the screen and reset the controls: 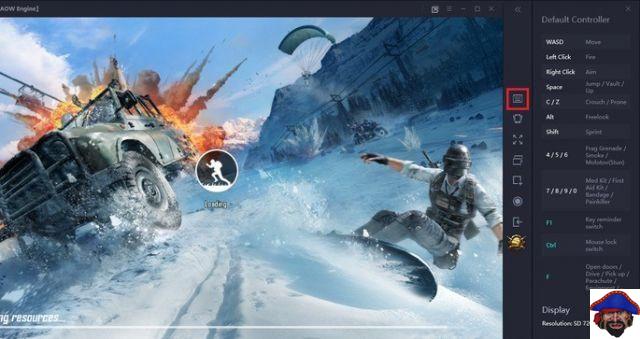 Although not essential, an NVIDIA GeForce GTX 660 or better graphics card is also recommended.

Also see how to download PUBG LITE for PC, its requirements and how to optimize the game!

Audio Video Learn how to play PUBG Mobile on PC and see the minimum requirements!
Learn how to catch Mewtwo in Pokémon GO ❯

add a comment of Learn how to play PUBG Mobile on PC and see the minimum requirements!