Dribbling in PES 2020 is completely overhauled! And we'll teach you how to do the main feints. At the end of the article we will still give you some tips to take advantage of the finesse dribbling system to its full potential and humiliate all opponents on the virtual lawns.

The "girinho" is that classic dribble that has followed PES players since Winning Eleven on PS1. It's very useful to beat opponents and leave them eating that dust. To do so is very simple:

The pull-in is one of the most efficient dribbles in the game. He is capable of making you outrun almost any opponent if you use him in the right timing. The player will pull the ball back and throw it to the side, taking the marker out of play.

Depending on how you use the commands, this player output will be more or less useful. To do this feint just:

The pedaling is another dribble that has long been present in the franchise, even before Robinho popularized it. It doesn't take much to describe what this feint does, as we all know how many ribs it can break. To make the move you must:

The cut can be inwards or outwards. It will depend on your choice and the game situation. Basically it's giving those little touches to the side that Messi does a lot and that every defender suffers. Who doesn't remember what he did with Boateng in the 2022 Champions League? To do the feint you must: 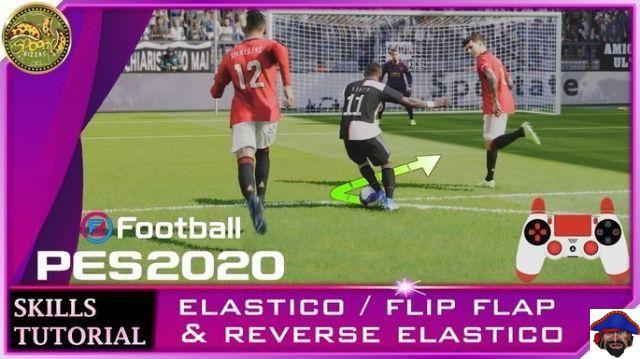 The elastic band became super popular after Ronaldinho used it in every game he played. In PES 2020 there are two types of rubber bands. The first is more flamboyant, while the second is "traditional". See each one below!

In this elastic, the player passes the ball with the good foot behind the support foot. A dribble that we see some dribbling players do in real life, like CR7, in addition to Ronaldinho Gaúcho himself. To do it:

The traditional one is the one in which the player passes the ball from the outside of the foot to the inside. Whether it will be short or long will depend on the player you dribble with. To do the dribble, just:

Simple, easy and quick dribble to do. It requires perfect timing, however, otherwise it's a pointless loss of possession. The commands are:

The famous scooter or cart is a signature of Neymar. In PES 2020 she is very cool, as some players have unique animations when they do this feint. To use it and destroy the opponent you must:

8. Hat after mastering the ball

One of the most difficult dribbles to do and that can surprise even those who do it. In fact, many players do it unintentionally. The important thing is that you try to do it whenever the ball is coming your way. To do: 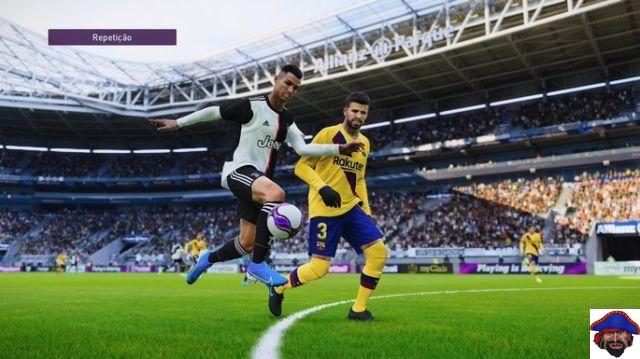 Dribbling in PES 2020 has much more to do with practice than knowledge. Dribbling is effective in this version of PES, faster and shorter. If you internalize this, you will be at a huge advantage over other online players, for example.

Here are other important things to keep in mind when dribbling!

Use analogs in combination

Analogs are the basis of dribbling. The left will dictate your actions, while the right will give the move, whether it will be short or long. If you combine the two perfectly, you'll be able to perform literally fast feints that will leave your opponents behind. Much more effective than a lot of exaggerated dribbles.

Understand that each player dribbles in a different way

Not all players can dribble well. And understanding this is key. But not only. Cristiano Ronaldo dribbles in one way, Neymar in another and Messi in a third. They are "unique" players in the dribbling style. And that affects the speed and accuracy of the feints and touches they give.

We saw above that some dribbles require you to think about the position of the marker or that you are running to be most effective. All this matters. You don't dribble for the sake of dribbling. Dribbles to escape the mark. And if you don't take this into account, you will fail and lose the ball for free.

Audio Video Learn how to do 8 efficient PES 2020 dribbles!
Learn to play on PC with the PlayStation 4 controller ❯

add a comment of Learn how to do 8 efficient PES 2020 dribbles!