Anyone who raids in Pokémon GO knows how important each Poké Ball is to catching the boss at the end, and sometimes a single wasted throw can be enough to run out of pokémon. In this sense, many players don't know of an extremely useful trick to help A LOT to hit Excellent plays. Check out the simple step-by-step below:

1. Reduce the capture circle without throwing the Poké Ball

First, if you want to use any fruit to help with the capture, it is necessary to do so before the whole process.

After using or not using a fruit, hold your finger on the screen until the capture circle reduces enough for an Excellent move, but don't shoot! Instead, just make the circle really small and release your finger. By doing this, the game will "save" that circumference, and the next time you tap the screen, the circle will shrink back from that point forward.

2. Only throw when the pokemon attacks 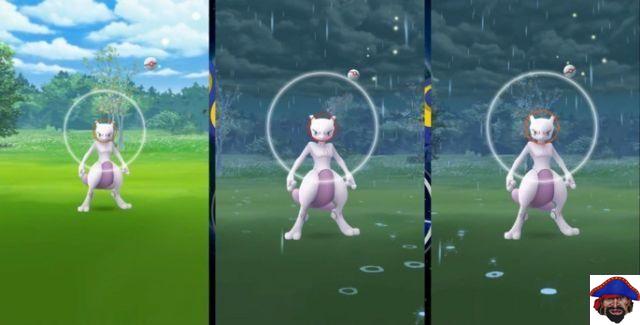 After "saving" the ideal size of the circle, stop touching the screen and wait for pokemon to attack. Once he does, the capture circle will disappear from the screen for the entire duration of the attack animation, at which point you need to throw. There is a very easy timing to discover, and you need to time it so that the Poké Ball hits you IMMEDIATELY after the attack animation ends, so that the circle works again even if it doesn't appear on the screen.

We would say that timing consists of throwing the Poké Ball for 90% of the attack's animation and the last 10% needs to occur while the Poké Ball is in the air. It sounds difficult, but it's actually quite easy. By doing this, the Poké Ball will hit the pokémon automatically after the attack and during the "saved" size of the circle, i.e. in Excellent.

If the pokémon runs away, you just need to wait for it to attack again to make the throw in the same way. The optimal size of the capture circle will already be saved and you will not need to adjust it again.


In summary, what this method does is eliminate two big variables:

Audio Video Learn how to always make an Excellent move in Pokémon GO!
Learn how to be abducted and discover all about aliens in The Sims 4 ❯

Pokemon GO: the 25 best pokemons for the Great League! (PvP)

How to Evolve Combee into Vespiquen in Pokémon GO!

add a comment of Learn how to always make an Excellent move in Pokémon GO!