Learn how ranks work in Overwatch!

In Overwatch, Competitive Mode is made for players who want to take their gaming experience seriously. To access this mode, you need to reach the level 25. So you complete the first ten placement matches and get used to the game.

Check out the explanation about the ranks you can move up or down during each season. 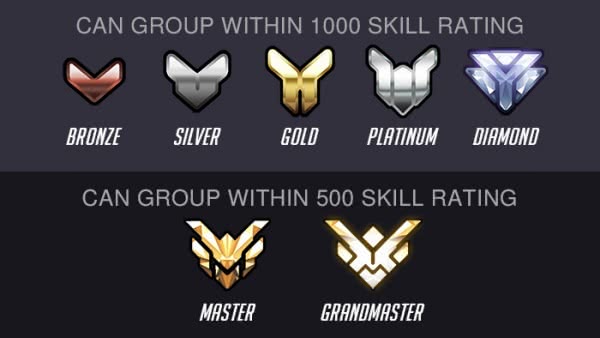 Starting with season 6, some adjustments were made to the allocation of competition points, as the seasons became shorter. This means that players now earn more points for a win.

Also, when forming groups to participate in competitive matches, you can only team up with other players up to 1000 points below or above you. But when your rank is Master or Grandmaster, the limit is only 500 points.

Check the table of the points you need to earn to reach the corresponding ranks. 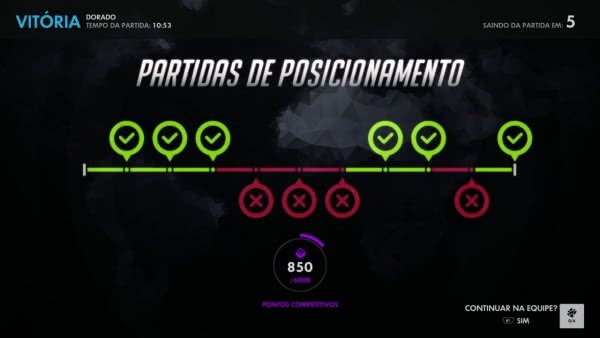 During each season, you can earn or lose points due to a number of factors, the most obvious being the outcome of the matches you participate in. Check out all the variables that can affect your points updates.

Factors that affect the gain or loss of points

At the start of each season, you need to participate in ten matches to be placed in an initial rank. If all goes well, you're expected to be at a rank similar to the one you gained last season. However, placements can go wrong and you will initially rank lower.

Players can be demoted if they fail to maintain at least the minimum points required by their rank. That is, after five consecutive defeats, the game will update its current rank. And if you have less points than the minimum required, you will be demoted to the lower rank.

In any case, your competitive points in the next placement will always be earned according to the highest rank you reached in the previous season. So if you reach Platinum but end the season in Gold, you will be placed with an equivalent number of Platinum rank points.

If you are ranked Diamond or above, there is a slight loss of points if you stop playing more than five consecutive days. If you do not comply with this requirement, you will lose 25 points per day.

Audio Video Learn how ranks work in Overwatch!
Learn how to earn V-Bucks without cheats in Fortnite: Battle Royale ❯

add a comment of Learn how ranks work in Overwatch!