Learn all the slang and expressions used in Mobile Legends!

Smurf? KDA? feed? Offtank? These are some slang and expressions you may encounter while playing Mobile Legends.

As in other MOBAs, in Mobile Legends communication can be decisive for the victory or defeat of your team. One or another expression not understood can cause disorganization and a lot of RAGE in the team.

Check out all the slang and expressions you need to know to play Mobile Legends below!

Slang and expressions related to the map

Lane means path, lane or lane. These are the three paths players travel along to reach the enemy base. The lanes are:

Check out some essential tips to succeed in Mobile Legends!

Jungle is the forest between the lanes where you can kill monsters to get money and buffs.

Minions are uncontrollable creatures that spawn in your base and advance through lanes towards the enemy base.

Wave is the set of minions that spawn periodically and advance through lanes.

- Kill those waves and come back. 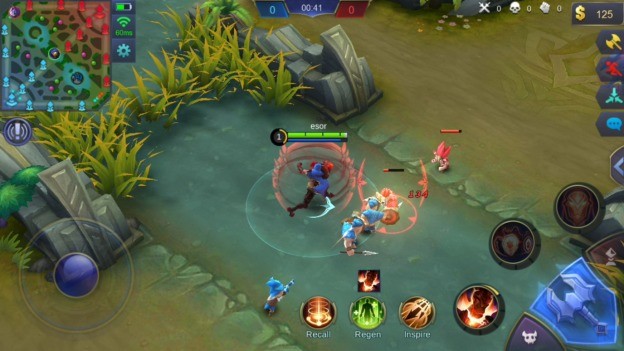 Slang and expressions related to combat

Push means to push or advance. This is when your team advances in a lane, clearing waves and destroying towers.

Gank means ambush or ambush. This is when one or more heroes leave your lane to surprise enemies in other lanes.

Split means division or to divide. It is when a team that is gathered separates to attack several points at the same time.

To start or “engage” means to start a combat. This is when a team coordinates to initiate action. Usually the “start” action is performed by a tank.

The opposite of engage. This is when you or your team run away from ongoing combat.

Dive means diving or diving. It is when a player chases an opponent even when he is under attack by the enemy tower.

TF is the acronym for “team fight”. This is when both teams engage in a fight involving all or most of the players.

Ace or Wipe is when an entire team dies.

Bait means bait. That's when your team mounts some strategy to lure opponents into disadvantageous situations. 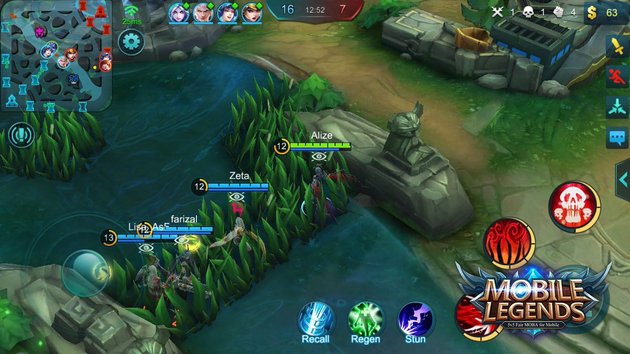 Last Hit means "last hit". It is when a hero finishes a creature or opponent, thus receiving the money, buff, kill, etc.

Farm means to raise. This is when you get money and experience by killing creatures or opponents.

Feed means to feed. This is when a player dies a lot to the opponent, causing them to become stronger.

DPS is the acronym for "damage per second". It is the most used damage measure in the game. It can also designate a hero that deals a lot of damage.

Burst means "burst". It is a large amount of damage dealt in a single hit or in a short period of time.

KDA is the acronym for "kills, deaths and assists". It's your score in the game.

Slang and expressions related to heroes

Pick means choice. It's your choice of heroes for that particular match.

- Who are you going to pick?

Meta Pick and Meta Ban are, respectively, a hero's pick and ban based on the current metagame. It usually happens when a hero is too strong and gets picked or banished quickly.

Frontiine and Backline (or Front Lane and Back Lane for some) are heroes that are, respectively, in front and behind in fights. Frontlines are generally tanks and other tough heroes, while Backlines are more fragile heroes that typically deal more damage. 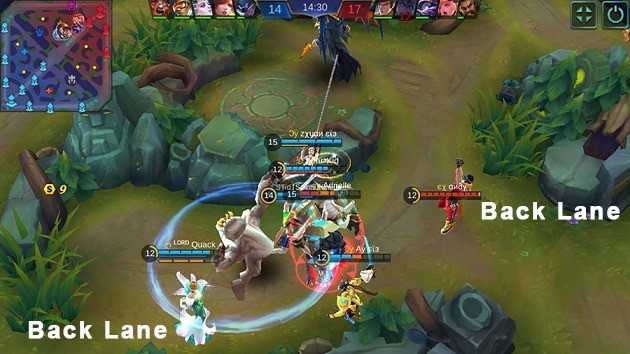 Counter means to fight. A counter is a hero with characteristics suited to fighting another. The expression is also used to designate skills that are used in response to others.

- I'll counter him by picking Lancelot.

Build means to build. It's the way you assemble your character's abilities and items.

- My build will be full damage. 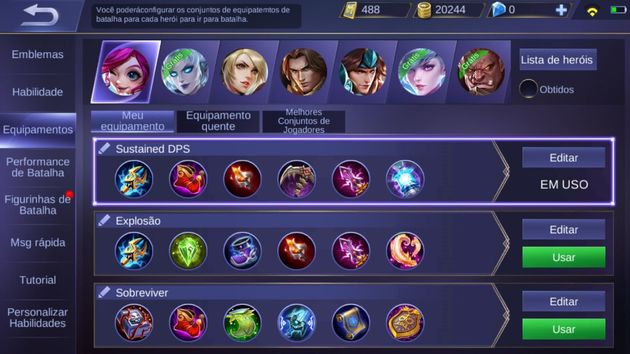 Check out our super guide to Mobile Legends items!

OP is the acronym for overpowered. It is the famous stolen hero. The acronym can also be used for items and abilities.

ADC is the acronym for “Attack Damage Carrier”. It is the hero responsible for causing a lot of damage per second and thus charging the team.

MVP is the acronym for “Most Valuable Player”. He is the most valuable player for the team, which is defined based on the final stats of the match.

Learn all about Mobile Legends links!

Slang and expressions related to skills

Range means range. It is the distance at which an ability or attack takes effect.

Flash is the English name and also the most popular way of calling the Flash battle skill.

- Akai was heavily buffed in the last patch...

Stun means stun or stun. It is an effect that makes it impossible for someone to walk and use skills for a few seconds.

Silence means silence. It is an effect that makes it impossible for someone to use skills for a few seconds, but still allows movement.

Slow means slow or slow. It is an effect that slows someone's movement or attack speed.

Knock up is the effect caused by skills that send targets into the air for a set time. It is a kind of CC (Crowd Control).

CC is the acronym for crowd control. These are abilities that limit the number of active players in the fight for a few seconds. It includes stuns, silences and any other effect that takes control of the characters.

Ult is the acronym for ultimate, which is a hero's last and strongest skill. 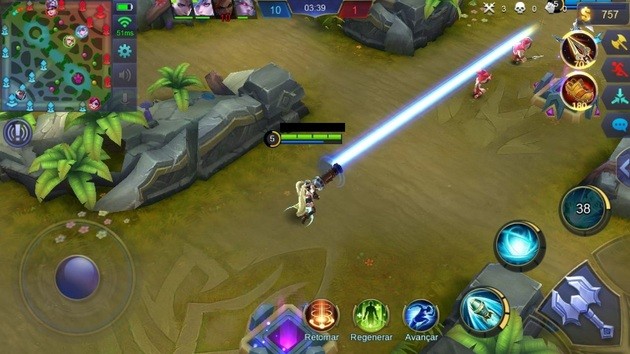 Cooldown is the cooldown of a skill.

Counter means to fight. Any ability used to limit or negate another ability. The expression is also used to define heroes that are strong against specific others.

OP is the acronym for overpowered. It's a very strong skill, possibly unbalanced. The acronym can also be used for items and heroes.

Slang and expressions related to players

Smufs are experienced players playing on new accounts, that is, against players far below their level.

See how to play Mobile Legends on PC!

Trolls are the annoying players that get in the way on purpose, whether it's cursing, not helping in fights, feeding on purpose, etc.

KS is the acronym for "kill stealer" or "kill steal". It's the player who didn't contribute much to the damage, but delivered the final blow that finished the opponent, or just the act of stealing the kill.

Other slang and expressions

GG is the acronym for "good game". It is used at the end of the game as a greeting to the players. Over time, the acronym became synonymous with "end of match".

Nerf means to weaken. It's when a hero, skill, item or creature gets an upgrade that makes it weaker.

- I hope they nerf Vale in the next patch...

AFK stands for "away from keyboard". It is when a player is absent from the match for any reason.

Izi is our country's way of saying "easy". The expression is used to provoke opponents by saying that the game is too easy.

- So-and-so died so much that he gave rage quit...

Guide on how to play with Layla in Mobile Legends

Guide on how to play with Hanzo in Mobile Legends

Guide on how to play Freya in Mobile Legends

Audio Video Learn all the slang and expressions used in Mobile Legends!
Learn all Spore cheats for PC! ❯

add a comment of Learn all the slang and expressions used in Mobile Legends!