Learn all about the 26th Season of Free Fire!

The 26th season of Free Fire has started! Seasons last roughly 30-70 days and allow players to compete in ranked matches. You go up or down in rank according to your score.

As with every season, in addition to rising in rank, the player's skill on the battlefield is rewarded with items, supplies, and coins that can be used in the in-game store.

Check out our guide and find out what you can earn in this new season, as well as the rank with which you will start this new challenge! 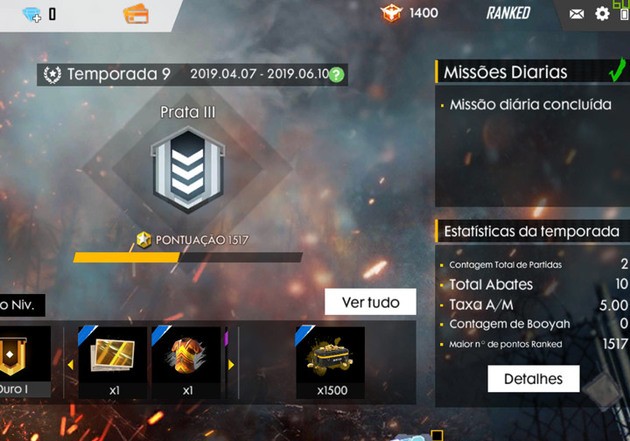 Whenever a season starts, according to the rank he achieved last season, the player will start at a lower rank and lose some points.

How to quickly rank up

To move up the ranks quickly, it's essential to be very consistent in the way you play. In addition, it is important to try to fulfill the following objectives:

The ideal is to try to strike a balance between eliminations and a good position. If you take out 10 players but get knocked out early in the match, you may have lower scores than a player with 3 eliminations who made it to the top 5. If you think your skill can still improve, check out our advanced tips. 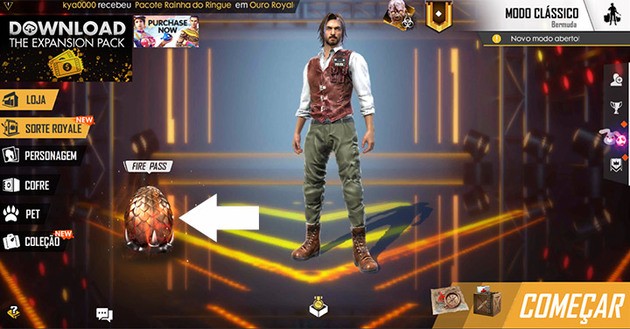 In each season, there is a fire pass, which can be Free or Elite. Obviously, the elite pass offers a lot more cool items like weapon and character skins, coins, etc. To get the Pass items, it is necessary to complete each season's challenges or missions that provide tokens. Then just use the tokens in the pass. To see what you can win, slide the menu to the bottom. 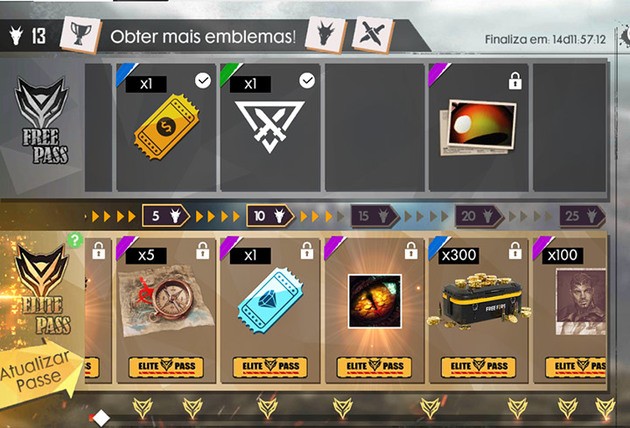 All Free Fire submachine guns and their features! (2022)

2 ways to create a custom room on Free Fire!

Free Fire Magic Cube: 3 methods to get this rare item

add a comment of Learn all about the 26th Season of Free Fire!