League of Legends: How to play Zoe, the Aspect of Twilight!

The new champion of League of Legends is the colorful Zoe, the Aspect of Twilight! She is an expert in reality distortion and manages to make the most innocent believe that she is just a child.

But Zoe is an ancient being and a divine messenger from Targon who emerged to herald astronomical events that changed the world as we know it. But for all her importance and power, Zoe loves to let go of her obligations and make her playmates with mortals.

Get to know the skills and some tips to do well with this fun champion! 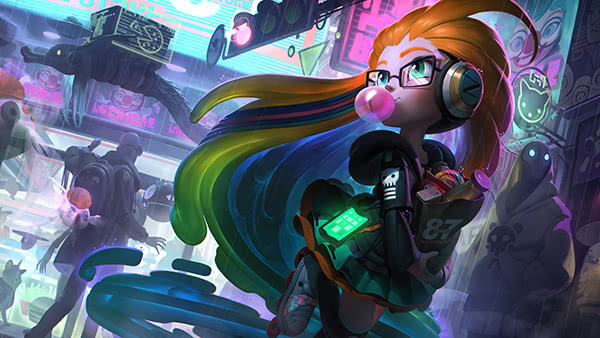 This is a very simple and useful passive for a champion dedicated to magic. Each time Zoe casts an ability, her next basic attack will deal magic damage.

One of the most interesting skills of this champion and one that players will most enjoy using. Zoe launches a star that deals magic damage in an area and her passive is applied.

The champion can recast Q even during flight to redirect the star to a new point near her. The greater the distance traveled by the star in a straight line, the greater the damage done.

When enemies cast Summoner Spells or active items, they drop spell fragments onto the battlefield. Now with Zoe, some troops also drop these shards when killed by the champion.

With Arcane Steal, Zoe gains a cast of the same spell or active item with each shard collected. Whichever Summoner Spell Zoe casts, she gains bonus Movement Speed ​​for a short time.

In addition, she can launch projectiles at the nearest enemy target (and each projectile can activate her passive).

Make your enemies angry as they fall into an inescapable sleep. With Sleepy Bubble, Zoe fires a sphere that deals magic damage and drowsiness to the first target hit. In a few seconds, enemies that are drowsy fall asleep and are vulnerable to additional damage on the next attack.

And what happens if this dangerous bubble doesn't hit any enemies? It lies on the ground like a trap ready to unleash its effects.

Zoe loves to create havoc and wreak havoc on the other champions – but it's all for the fun of it. And with her Dimension Leap, players can teleport the girl to a position and safely return to her starting point.

While teleporting, Zoe can use her abilities or launch basic attacks, but she won't be able to move. During Dimension Leap, the champion can still see through walls.

Tips for playing with Zoe 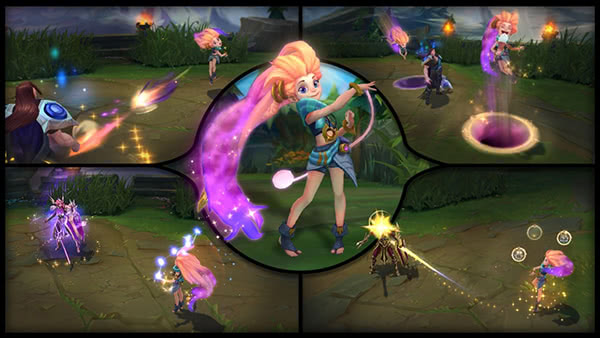 Now that you've learned the essential tips, learn which items are the best for Zoe!

If you play against Zoe, check out the top 5 champions to counter!

add a comment of League of Legends: How to play Zoe, the Aspect of Twilight!