In Fortnite: Battle Royale, you can pick up weapons from the ground, from chests or from boxes and the advantage you gain over opponents is related to the power of your weapon. Therefore, one of the most important aspects is to know the weapons of the game to prepare better during the match.

Check out this guide that explains the different rarities of all the weapons you can pick up. Next to the name the creators gave each weapon, we put the most popular unofficial name.

We rated each weapon on a scale of 1 to 10. This value takes into account the damage the weapon deals, its reload speed, its rarity and its type of shot.

The different colors represent the rarity of weapons so you know which one is the best. Remember that an orange weapon will obviously be stronger than a green one. 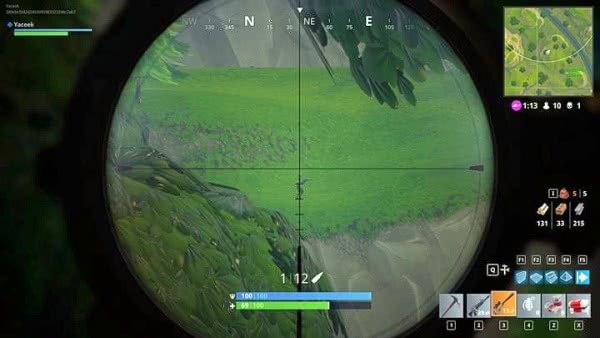 Sniper rifles or sniper rifles are essential for you to gain an advantage over enemies at long range. As soon as you pick up such a weapon, you should consider switching to an elevated position where you can enjoy a wider viewing angle. 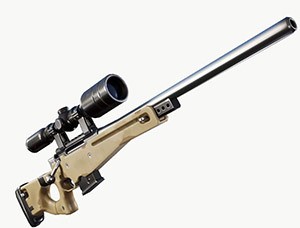 The Sniper AWP is one of the favorite weapons of Fortnite players. At long range, it's practically unbeatable for the damage it does. One drawback is its manual reloading or bolt reloading system, which forces the player to take their eyes off the crosshairs. But with a lot of practice, it's easy to get the hang of it. 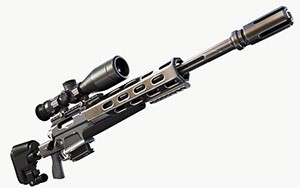 Despite the different look, it is practically the same weapon in the Epic and Legendary versions, with a higher reload speed.

Learn how to become the best sniper in Fortnite! 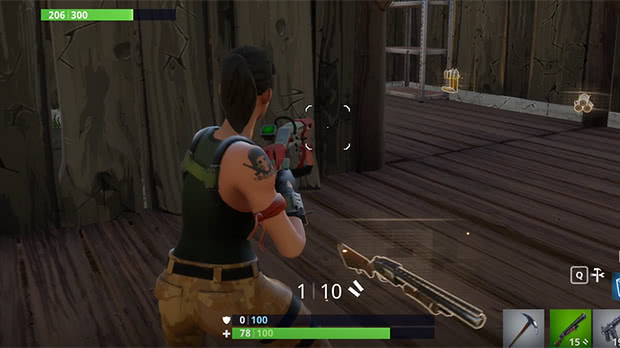 These weapons are ideal for using the enemy at close range, as you can eliminate them with just a shot to the head, if you are good at aiming. Although their damage is very significant, shotguns are still slow weapons, so don't waste your shot. These weapons are favorites of many players and absolutely lethal in the right hands. 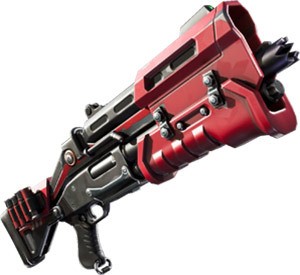 One of the most recognizable weapons in Fortnite. It does a lot of damage and, in the right hands, is a versatile and effective weapon at close range. 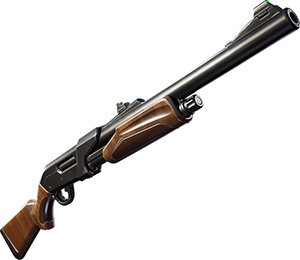 A very popular and common weapon, capable of doing a lot of damage at short and even medium distances. Despite the creators nerfing the popular Double Pump, the "12" remains a fearsome weapon in the right hands. 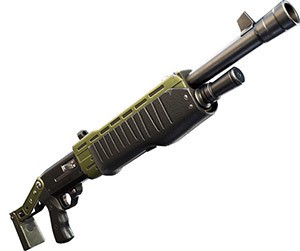 Basically, this is a vitaminized version of the Regular Shotgun. It doesn't automatically recharge, but its damage makes up for it. 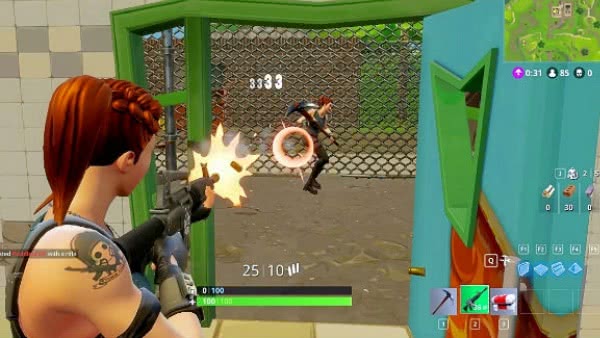 Assault Rifles are very good in situations of mid-range combat and, generally speaking, at all distances, apart from melee. They are the most versatile weapons in the game. 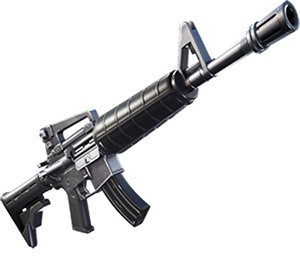 A very versatile automatic rifle. The Rare and Uncommon versions can even rival other weapons for their good shooting effectiveness and little recoil. It is a common and popular weapon.

Real inspiration: It is inspired by a Colt XM177, from the same family as the M16 and M4 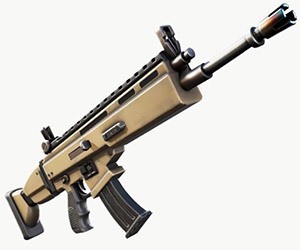 The best automatic rifle in the game (and possibly one of the best weapons). It's lethal, accurate, and does a lot of damage, even over long distances. The rate of fire is great. If you get one, use it well. In Chapter 2 this weapon does slightly less damage, but it's still worth it. 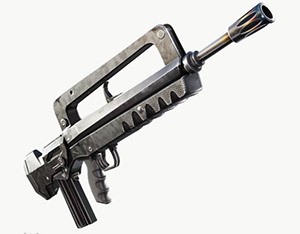 This weapon's three-shot burst allows it to deal damage faster than a SCAR, but its accuracy isn't the best. It's a great "shoot and run" weapon, shooting quickly while moving. The Common and Uncommon versions are slightly better than the classic Assault Rifle, but the Rare version is effective.

Real Inspiration: A FAMAS. Who would say? 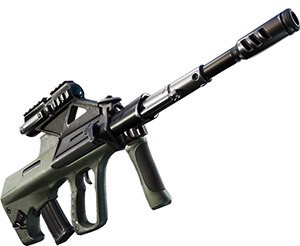 One of the new additions to the arsenal in Chapter 2, this powerful rifle is accurate and lethal with its incredible bursts. It is possible to get shots even at long distance with some ease. Its big disadvantage is that the magazine is relatively short for such a high cadence, even in bursts. 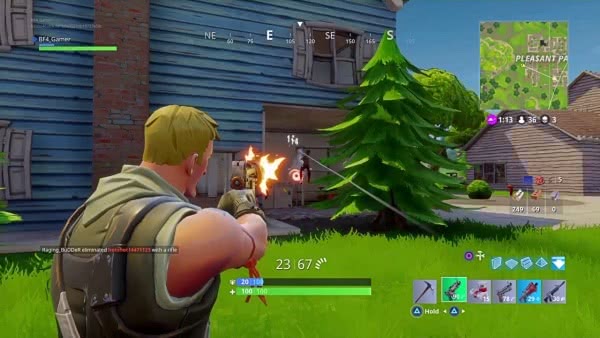 These weapons are effective at close range, but their rapidity of fire will not completely replace the power of a strong, well-aimed shotgun blast. Depending on your playstyle, you may prefer more rate of fire and movement than a brute attack with a shotgun. 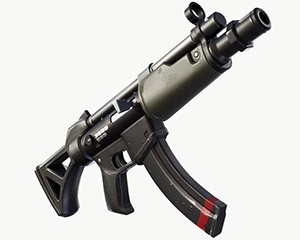 Common, accurate and with a good rate of fire, the SMG is a good early game weapon when everyone is trying to loot and stay alive. On the other hand, the rare version is very effective in tight spaces. A bullet like that might not do much damage, but dumping an entire magazine in an enemy's face makes up for it. 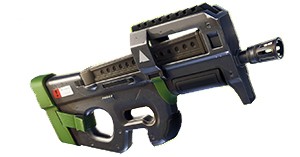 With an insane rate of fire, this weapon is a real terror, so much so that the creators decided to take some damage to avoid imbalances. If you're lucky enough to get one, use it well, as it's really effective at close to medium range, despite using up ammo quickly. 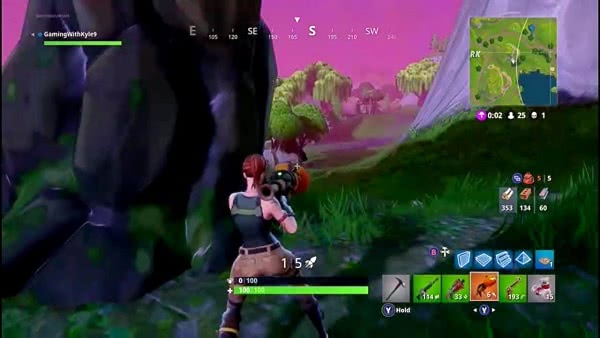 Explosive Weapons (bazookas) deal heavy damage to both buildings and unprotected players. They are rare and very effective weapons due to their destructive power, great range and damage radius. However, watch out for shots too close or the explosion will hit you! 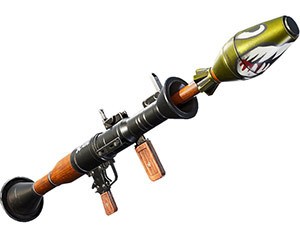 Like the grenade launcher, this weapon can be destructive to your opponents. Aim and blast buildings or other obstacles with ease. Don't waste shots, ammunition is rare. It's a good weapon to keep for late game rounds. 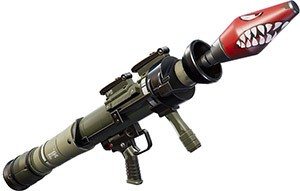 Basically, it's an upgraded version of the regular rocket launcher, but it does fearsome damage. Enjoy it. 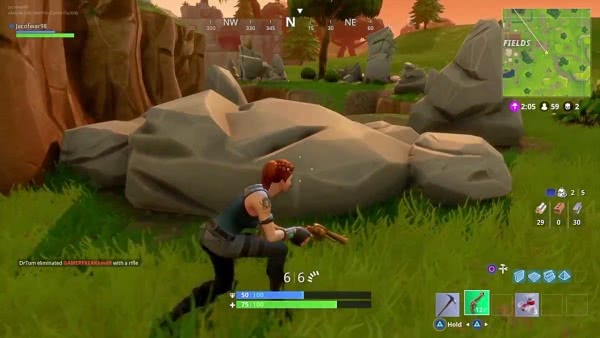 These weapons are essentially for you to protect yourself in an emergency situation. It's very important hit the opponent in the head to take advantage of the damage done. 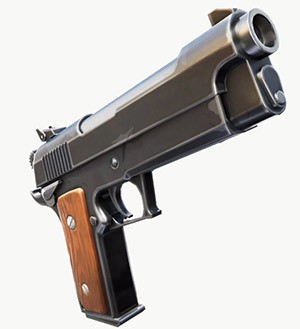 Against an unprotected enemy in the first moments of the game, it's worth it. Empty the charger without fear. Apart from that, it's not worth it. 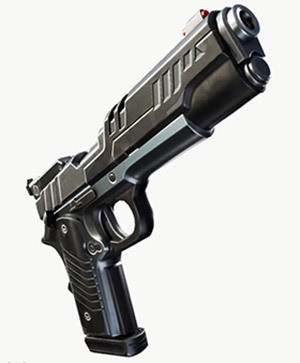 A vitaminized version of the pistol, this weapon is beautiful and stylish, but not worth keeping for long. 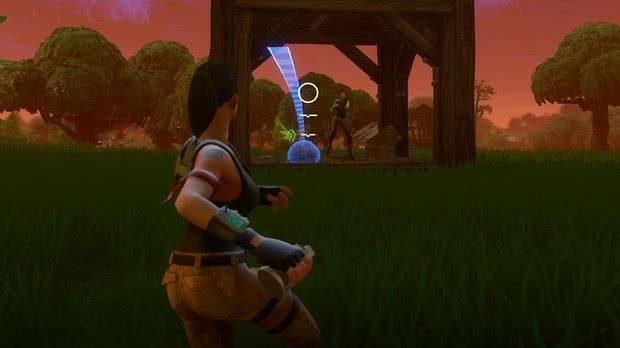 Grenades are thrown explosives. You can use the grenades to blast enemies that are protected, ruin buildings, or clear a room without exposing yourself too much. At this point, it's the only throwing explosive available in battle royale.

The explosive that everyone knows, loves and fears at the same time. Use and abuse whenever possible. They are all over the place. They are very useful and the 400 points of impact are excellent.

Check out these tips to learn how to survive in Battle Royale!

Discover all the items in Fortnite: Battle Royale!

As skins but raras of Fornite!

Find out for yourself which is the best Battle Royale, comparing all PUBG weapons and all Free Fire weapons!

Audio Video Know all the weapons in Fortnite Chapter 2
Discover all The Sims 4 Careers and how to get to the top! ❯

How to play Fortnite: 9 fundamental tips for beginners

Learn how to earn V-Bucks without cheats in Fortnite: Battle Royale

Fortnite: list of Android and iOS phones that run the game! (2022)

Check out all the items in Fortnite: Battle Royale!

Name generator for Fortnite, Free Fire, PUBG and other games