How to play with Selena in Mobile legends: tips, builds and items

Selena is an Assassin/Mage heroine specializing in Spoon and Blast. The character is not the simplest in the game since she has an elven form and an abyssal form. Each form has its own set of skills that requires the player to know the right time to switch to use Selena to her fullest potential.

Check out the complete guide to playing Selena well in Mobile Legends below!

Selena uses the power granted to her by the Moon god and the Abyss to freely shift between her two forms. When using abilities in her elven form, Selena places an Abyssal Mark on her enemies (when the abyssal trap hits the enemy, she immediately adds an Abyssal Mark). Up to 2 Abyssal Marks can be added to an enemy. Skills used in Abyssal form will consume 1 of these marks to deal 240~450 (+40% Total Spell Power) bonus Spell Damage.

Selena summons an Abyssal Devil to hide in a designated location. When an enemy approaches the Abyssal Devil suffocates the enemy with its body. Within seconds, enemy movement speed is reduced by 400% (+150% Total Magic Power). Selena can summon up to 3 Abyssal Devils. The damage will decay when a target takes damage from multiple demons at the same time.

Selena channels the power of the Abyss into magical arrows, shooting them in a specific direction. Enemies hit are stunned for at least 0.5 seconds and take 250 (+20% Total Spell Power) points of magic damage. Stun duration and damage increase the further arrows fly. Stun affects for up to 3 seconds and, at most, inflicts 500 (+40% Total Spell Power) points of magic damage. The arrow absorbs Abyssal Traps as it travels to the targeted enemy, the effects of the traps will be inflicted to hit the enemy upon hit. If you stun an enemy for 1s or more, Selena gains 4.

Selena combines with the Abyss, entering Abyssal Form and gaining 30% movement speed for a short time. She also gains access to new abilities in Abyssal Form and her basic attacks deal an additional (+25% Total Magic Power) points of magic damage. Casting this ability immediately resets the cooldown of Abyssal Trap and Abyssal Arrow.

Selena uses the power of the Abyss to strengthen her claws causing her next basic attack to deal an additional 350 (+110% Total Magic Power) points of magic damage, while granting a shield that absorbs 300 (+150% Total Magic Power of damage.

Selena dashes in a specific direction, dealing 150 (+50% Total Magic Power) points of magic damage to enemies along the way. If this damage triggers the Abyssal Mark's effect, its cooldown resets immediately.

Selena asks for power from the Moon God to free her body from the Abyss, increasing her movement speed by 30% for a short time and restoring her to her elven form. Casting this skill immediately resets the cooldowns of Soul Eater and Strangle.

Evolve Abyssal Trap first and Abyssal Arrow every second, while leveling the ult whenever possible.

About battle skills, choose one of the following:

Tips on how to play with Selena 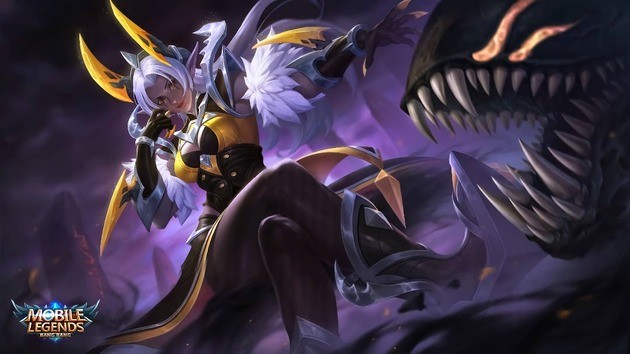 Audio Video How to play with Selena in Mobile legends: tips, builds and items
How to easily play Critical Ops on PC ❯

add a comment of How to play with Selena in Mobile legends: tips, builds and items