How to play with Esmeralda in Mobile legends: tips, builds and items

Esmeralda is a Mage/Tank heroine specializing in Regenerate and Pokear. The character is extremely resistant and her gameplay revolves around her shield that absorbs damage and can be reused very often. In addition to resistance, Esmeralda deals high and mixed damage (part physical and part magic).

Check out below the complete guide to playing Esmeralda well in Mobile Legends!

Relying on the energy of the Coffin - Star Moon, Esmeralda manipulates the Stardust and the Ice Moon. Each of her basic attacks and abilities deals damage twice – Stardust deals Physical Damage, and Frost Moon deals magic damage and gives the target a shield equal to 150% of the damage dealt by Frost Moon. The damage dealt by Esmeralda ignores all shield effects and, meanwhile, transforms your shield into her own HP.

Emerald generates 350 (+100% Total Spell Power) shield points for herself and increases her movement speed by 40%. Meanwhile, she gradually transforms her nearby enemies' shields into her own. The speed increase decays in a short time.

Esmeralda channels the power of the Heavens into her two weapons. The longer the duration of the skill, the greater the power inflicted. Use this skill to cast Stardust to the designated location, dealing 350 (+90 Total Physical Attack) points of Physical Damage, then Emerald moves to the designated location to cast Ice Moon, dealing 350 (+140% Total Spell Power) points of Spell Damage and immobilizing enemies in an area for 1.2s.

Evolve first Stardust Dance and then Frozen Moon Shield. Be sure to level the ult whenever possible.

Tips on how to play with Esmeralda 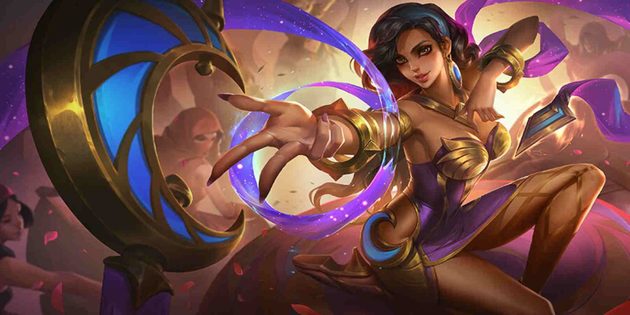 add a comment of How to play with Esmeralda in Mobile legends: tips, builds and items