How to find and play top Google games

Did you know that Google has some hidden games? In this article we teach you how to find the main games of the company. From Doodles to Google Assistant, plus Android and Chrome games! And best of all, they're all free, and some are offline!

These are the games you find when you search using the Google app or Google Chrome, although it works if you also use other browsers. Some start as soon as you search, while others require you to go to a specific site. 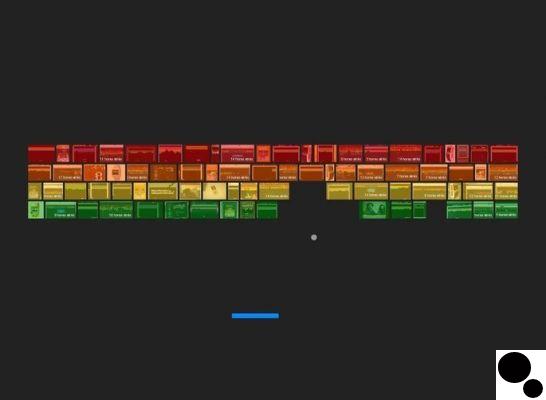 What is it: Atari Breakut is a game reminiscent of old Pong style games! That is: you must hit a ball to destroy the bricks that are on the screen. Don't let the ball fall to the bottom of the screen is your mission!

How to play: Google search "Atari Breakout". The first result is the game! 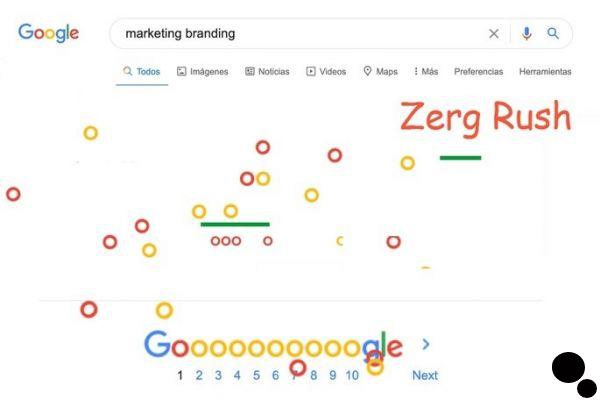 What is it: Zerg Rush is a letter attack that starts to destroy your search results. You must click 3 times on each letter to destroy it, preventing your results from being eliminated!

How to play: Google search "Zerg Rush". The first result is the game! 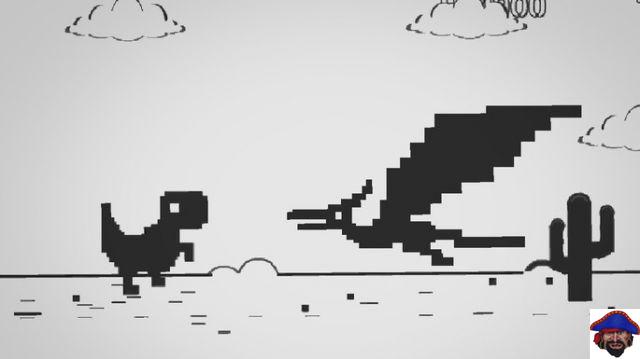 What is it: an infinite runner game, in which you control a dinosaur and must go through obstacles.

How to play: those who have already lost their internet connection have already received a visit from the T-Rex in their browser. But if you want to play it when you're connected, search Google Chrome for T-Rex Dash. The first result is the game. 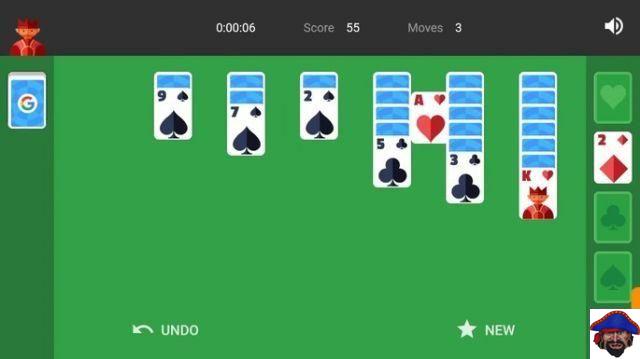 What is it: is the classic card game that in our country we call "Solitaire".

How to play: Google search "Solitaire Google". The first result is the game. 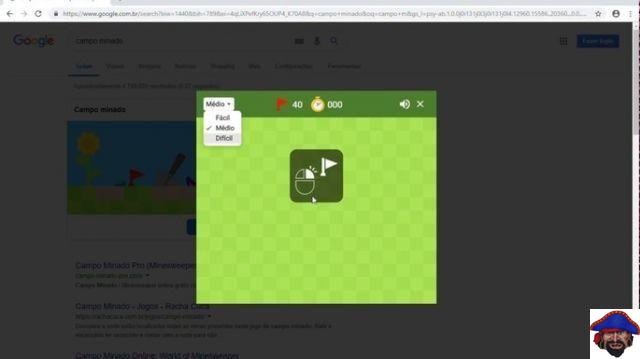 What is it: another famous game where you have to click on the fields and hope that there are no mines in them. Wins if not exploded by any mines.

How to play: Google search for "Minesweeper". The first result is the game. 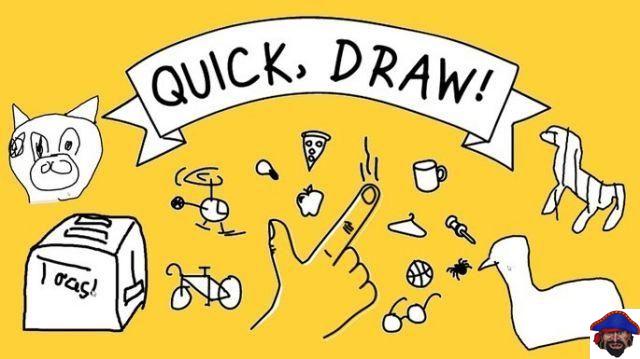 What is it: in Quick, Draw you have 20 seconds to draw something Google asks for. Artificial intelligence must guess what you are drawing!

How to play: Google search "Quick Draw". The first result is the game. 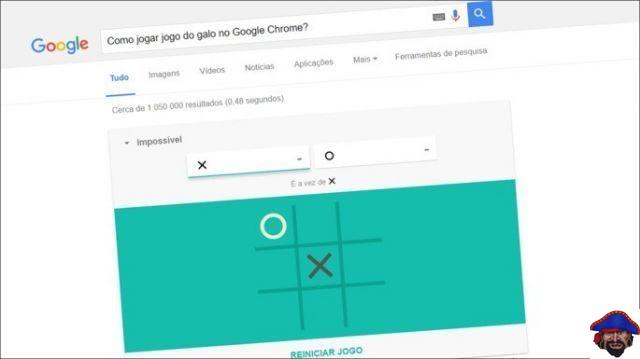 What is it: the famous tic-tac-toe game, but against Google's artificial intelligence.

How to play: Google search "Tic Tac Toe". The first result is the game.

NOTE: just say the names of the games to start them. Chances are you'll have to set your device's language to English for it to work!

Google has many Doodles, which are the company's tributes to important dates, people or events. Some of these Doodles are games! Below we have listed some of the best games, which you can find on the Doodles page, where they are stored. Just type the names in the search bar and start playing:

There are few hidden games on the Android operating system. The two that we present do not require internet, so you can play anywhere!

Google Clouds is a version of T-Rex Dash aimed at mobile users. When you run out of internet on your phone or tablet, just open the Google search app and try to search anything. An animated cloud will appear. By clicking on it, you will be taken to that "cloud game".

The gameplay is very simple. You must command the cloud through the scenario, dodging obstacles. It's almost like the unforgettable Flappy Bird!

If you click on your Android version repeatedly, there in the settings, a game will open. Each version brings a different game, which almost always makes no sense. Try it for yourself and see how Google can sometimes be a little weird...

Games that use the technologies of the Earth and Maps applications. They require constant internet and that you have the geolocation service in on mode! 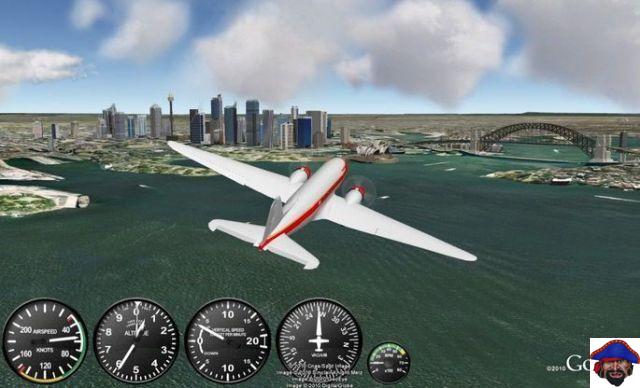 This is a much simpler version of Microsoft Flight Simulator, connected to Google Earth. Just have Earth installed on your PC. Then click on Tools and on Access Flight Simulator. You will then fly a plane all over the world! The graphics aren't good, but it's quite fun! 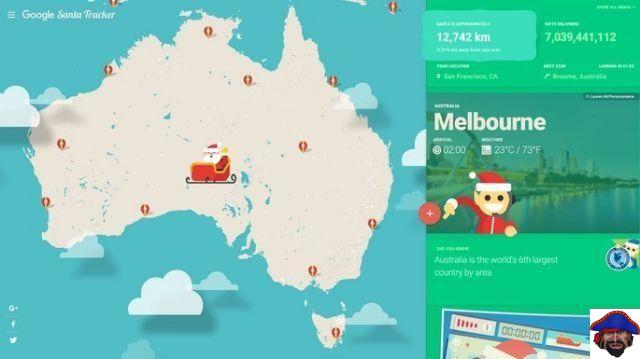 You access Google Santa Tracker by searching for this in browser search. It is only available in December, in celebration of Christmas. You'll follow Santa, Mummy and the elves across Google maps, learning more about the legend of the great Santa Claus!

While December isn't here, there are Christmas-related puzzles you can do when you access Santa Tracker. 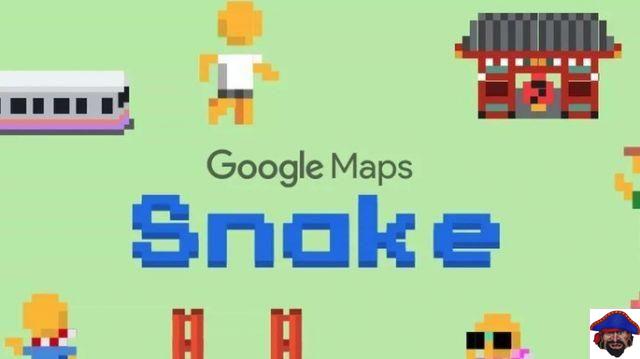 Search for "Snake Maps" on Google. The first result is the game. In this case, you don't control a snake well, but a train, which passes through "real" places, such as São Paulo. The mission is to collect passengers and not crash into walls or into yourself. A classic reinvented!

Audio Video How to find and play top Google games
How to find a game I don't know the name of: see 3 methods ❯