Guide: PS6 – Is there, what could it be and when will it be released? 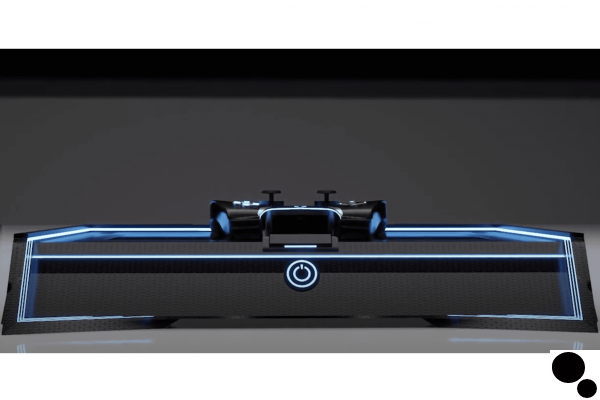 Guide: PS6 – Does it exist, what it could be and when it will be released – Sony's next generation of PlayStation consoles, the PS5, hasn't been released for a year yet, although if you're one of those who are always looking to the horizon for what's to come in Sony's future, then this little guide will tell you all. what you need to know about the PS6, if it exists, what it could be if it did and when we could see it.

Guide: PS6 – Is there, what could it be and when could we see it?

One thing I would like to make clear is that when it comes to whether or not the PS6 , the answer to that question is that it almost definitely exists. Sony has a department of people constantly working on what their next hardware looks like and how they can improve. In at least one way or another, the PS6 it most likely exists somewhere in a Sony workshop, unfinished and untested or even just a series of concepts worked out by the hardware team.

It might not be much, but that's to be expected, as we've only just started the generation. PS5 . This means that what is perhaps far more likely to be physically sitting in a Sony workshop, still untested and unfinished, is a console. PS5 Pro em potential. like the PS4 went through an iteration Pro , it's likely that Sony could do the same thing. But if it does, it will likely be some time after the chip shortage is resolved.

O PS5 it was a big leap forward PS4 for several reasons, one of the biggest being the inclusion of a SSD protocols for PS5 instead of HDD traditional. But now that we not only know the exact hardware specs of the PS5 , but we spent a lot of time with the console, when considering what a PS6 could be, the hardware changes might not be as big as before.

Currently, the PS5 uses a custom CPU and GPU that are cooled with liquid metal and the largest heatsink ever in a console. It's clear from how cool and quiet the console remains during use that they've done something right with the cooling, so they could use a similar method with the next generation. As far as the GPU and CPU are concerned, it's no secret that the PS5 is just a little less powerful than the Xbox Series X , so updates in those departments would be expected, especially if it was a full new console generation and not a PS5 Pro.

It is important to note, however, that a For PS5 may include an update to either the GPU or the CPU, but unlikely not both, as an update of this significance would likely be saved for a PS6 .

An update of PS6 would likely also include a home based UI and user experience update, perhaps even the return of some lost UI features from PS4 protocols for PS5 , such as being able to turn off the console with a button or having a dedicated trophy icon. If the next hardware that we receive is a For PS5 , it won't have a UI update, but probably more hardware tweaks.

Um PS6 may also potentially include more internal storage, although this depends on affordability and price of SSDs fast enough for the console, an issue that is currently occurring and potentially contributing to the fact that Sony has not yet enabled internal expansion of the PS5 slot. They can also add more RAM to the console as a hardware level upgrade, although it is also an upgrade that can be included with a For PS5.

Um PS6 would also include a new generation of controllers, although the dualsense seems to be solid enough in design that they could stick with it for at least another generation, and maybe just improve on the features already included rather than adding new ones.


As far as aesthetic design goes, it seems to be anyone's game, as I don't know many people who would be able to predict the current design of the game. PS5 .

If you expect to hear solid news about the PS6 em some this year, so I don't intend to be the bearer of bad news, but that is very unlikely to happen. When Sony is finally ready to leave the PS5 , we can start hearing about what's to come, as long as we don't have a console update For PS5 in a few years, which can extend the life of the PS5 .

With all that to consider, it will probably take almost a decade before we see or hear any concrete news about what the PS6 will be, and will it even be called PS6 . a For PS5 however, if it's coming, it's more likely to be announced and released in approximately two years, if Sony follows the same pattern they used for the mid-gen update of the PS4 to PS5.

So there you have it, all about the PS6, does it exist, what could it be and when could we see . It's still a little way off, to say the least, although it's almost never too early to start thinking about the future.

Audio Video Guide: PS6 – Is there, what could it be and when will it be released?
The Witcher 3 Guide – Best Builds ❯

add a comment of Guide: PS6 – Is there, what could it be and when will it be released?