GTA V is an endless game full of surprises. And by surprises we also mean easter eggs. The famous Easter eggs are those references to other games, movies or pop culture things within the gameplay. If you are after finding all the most sought after secrets of the game, we bring it to you in this article!

This is one of the craziest easter eggs in GTA V. It is linked to a mission, called in English Grass Roots. This will obviously be the easiest Easter egg to find because at some point or another you will have to go through it.

Anyway, in the Grass Roots mission Trevor meets Barry in Legion Square. Barry is trying to raise awareness of marijuana legalization. He offers Trevor some of his weed, which the character eventually accepts.

At that moment he begins to hallucinate, seeing several killer clowns in front of him. A 12" appears in his hand, and the mission involves having to kill all the clowns and destroy the van they keep coming out of.

The coolest thing about this easter egg is that we found out that Trevor has a phobia of clowns. This same mission can be done using Michael, but in his case aliens appear, not clowns.

As Red Dead Redemption is from Rockstar, it is normal that we see some reference to the wild game. To find this easter egg, go to Strawberry, under the highway. There you will find several graffiti on the wall. And this is where you have to pay attention!

If you have a good eye, you will be able to notice that one of them is the silhouette of John Marston, mounted on a horse, under the full moon. John is the protagonist of the unforgettable Red Dead Redemtpion.

In the same location, there is a second Easter egg. This time it's from the meme known as Nyan Cat, a gray and pink cat that has a rainbow trail behind it.

Bigfoot has "appeared" since the days of GTA San Andreas. In V he is also present, but can only be seen during a specific mission, called Predator. All to do, isn't it?

In this mission, take control of Michael and have the long-range rifle in your hands. When you aim down there, you will see that some red dots appear in the crosshairs. They are mostly cows. But in the lower right corner there is "big man" standing there.

As soon as you focus on it and take the heat sight off, it will no longer be there! See in the video below:

In West Vinewood you'll find the GTA V Walk of Fame. In it there is a person "in disguise" as a zombie. In fact, it's even a undead, but it doesn't have any dangerous attitude. He keeps talking nonsense about brains, especially about the brains he craves to eat. Bizarre...

This is a well-known easter egg to older GTA V players. In 1978 she was walking with her husband Jock around Monte Gordo, when he pushed her out of there. She obviously died, but her husband was released for lack of evidence.

Jolene's ghost appears between 23pm and midnight. You have to use a sniper rifle to see it. She was programmed to disappear, but in optimized versions of the game she can get closer without that happening.

The easter egg here is that on the rock, after it disappears, there is a message written in blood, which reads "Jock". In versions for the 8th generation of consoles, you can hear chilling noises and screams coming from Monte Gordo.

This case is believed to be a reference to a real case, which took place in Pennsylvania, at a place called... Mount Gordon.

The Playboy Mansion is a must for all players. She's actually quite similar to her real-life counterpart, having a pool, bar, and a slew of topless girls and rich old men. The party takes place even at night, and if you stay until dawn people start disappearing out of nowhere. 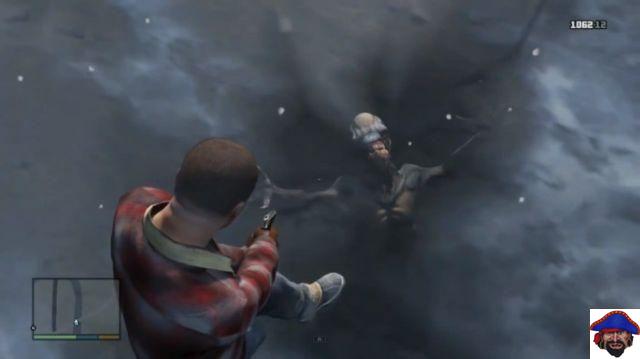 Like Bigfoot, aliens are a constant reference in GTA. In V you can find more than one easter egg related to ETs

At the bottom of the ocean: in Paleto Bay there is an alien spaceship submerged and covered with plants. Unfortunately we can't get into it, but it's really cool to wonder how it got there. Remember, however, that you can only get there using a submarine.

In the sky: after you complete 100% of your campaign, in Mount Chiliad there is a ship flying and stopped in the same place. To be able to see it in all its details, you'll need a sniper rifle.

Sandy Shores: in Sandy Shores there is a place of worship for aliens. He has drawings and paintings and crazy geometric shapes all over the floor. It is believed to have been created by hippies in the 60s.


First mission of the game: right at the beginning of the game you will have the coolest easter egg of all related to aliens. When Michael arrives at the frozen river, under the bridge, he will be able to see a Xenomorph, from the Alien movie franchise, also frozen.

8. Back to the future

We already understood that the people of Rockstar are crazy about cinema. And it would be really weird not to put references to the Back to the Future franchise movies. Unfortunately, we don't have Marty's hoverboard or DeLorean, but we do have a few barely noticeable mentions.

Gigawatts: gigawatts are a type of voltage that Doc discovers in the movies, being the only way to allow time travel. In GTA V it's very easy to find them, just look at light boxes scattered along the roads.

Marty McFly Vest: controlling Michael, go to a Suburban store and buy an orange vest identical to the one worn by McFly in the movies.

Hill Valley: that's the name of the fictional city in the movies. A nameplate can be found in Pacific Buffs, near the cemetery.

88 mph: 88 mph is the exact speed the DeLorean needs to reach to travel through time. In Lester Crest's house there is a note, which can only be seen on 8th generation consoles. On it we have 88 mph written and a drawing of the DeLorean. This is a perfect reference to a scene from the franchise. 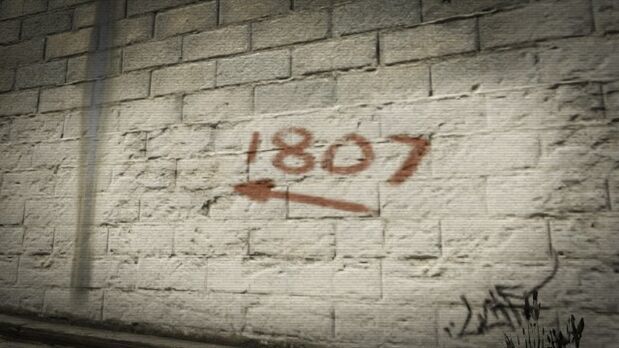 Serial killer Charles Manson is lightly referenced in GTA V. To find this easter egg, head to Vinewood Hills. On one wall you will find a graffiti of the number 1807, with an arrow below. 18 is the number of women Manson has shared a house with. They were his followers and represented the Manson Family.

07 is the number of murders committed by Manson. In the gaming community there are those who believe that in Vinewood Hills there is a pedestrian with the face of a serial killer, but this has never been confirmed.

In Mount Gordo, near Braddock Pass, there is a golden or golden tree, which shines very brightly. She can only be seen at night. There is no mention of her throughout the game, which has led many players to think she might be a glitch.

This is one of the most bizarre and interesting cases in GTA V. Merle Abrahams, a serial killer mentioned in several parts of the game, killed 8 people and threw their bodies at the bottom of the sea. They can be found on the islands near Mount Chiliad.

In addition, there are several other references to the Infinity Killer throughout the game. You can find footprints of blood in Sandy Shores and inscriptions on a stone in the same place. Even a newspaper report mentioning the case can be found in Sandy Shores.

Already in Bolingbroke Penitentiary you will see a message left by Abrahams, in which he "reveals" the place where he left his victims. 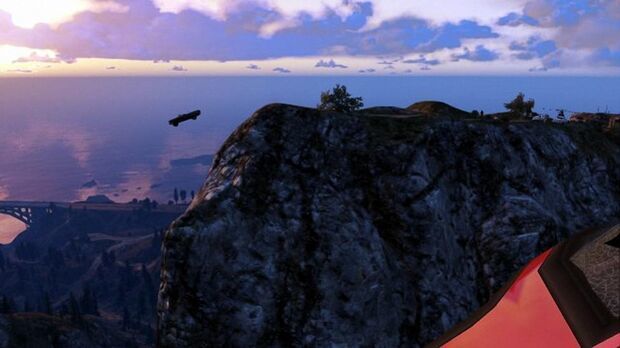 Another easter egg from the theaters, referring to the movie called Thelma & Louise. At the end of the film, spoilers forgive, they both jump off a cliff into a car, committing suicide. In the game this can be seen near Raton Canyon in Mount Chiliad. It is best seen from a helicopter, but this is only between 7 and 8 pm.

With a submarine, go to the east coast of San Andreas. You'll find The Hatch, the famous hatch featured in the Lost series. Its purpose in the game is a complete mystery. Approaching her is impossible, as you will die. Even the invincibility code is automatically disabled near her. I wonder why?

In La Mesa, east of Los Santos, there is a meatpacking plant. Upon entering this location, there will be two doors on either side of the player. One of them will be slightly open. Using a powerful scope, you will be able to see a smiling and rather macabre snowman staring back at you.

15. Where the weak have no place

We end our list with another good movie reference. Now it's the movie Where the weak have no time. In Chiliad Mountain State Wilderness, the player is faced with a drug dealing deal gone wrong. The sole survivor has a briefcase with 25 grand.

If the player catches it, they will be chased by drug dealers. He will have to kill them to get the money. But of course you can always leave your suitcase there and get on with your life.