Friday Night Funkin': All the characters and their stories

Even though it's a simple little game, Friday Night Funkin' (FNF) has several charismatic characters that have interesting stories. In this article we have put together a brief presentation of all the characters found in the game, both the official ones, the unofficial ones (which only appear in mods) and even the ones that are yet to be released! 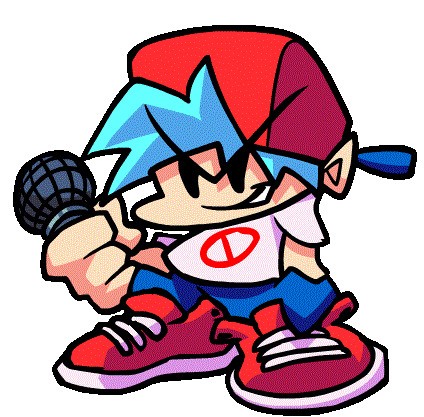 Boyfriend is the protagonist of Friday Night Funkin'. His greatest desire is to partner with Girlfriend, and for that he must face and defeat several characters in musical duels, starting with Daddy Dearest, his girlfriend's father.

One of Boyfriend's greatest strengths is that he's not afraid of anything and accepts every challenge that comes his way without hesitation, so much so that he dropped out of high school to pursue his hobby of rapping and win Girlfriend's heart. He loves to eat pepperoni pizza and lots and lots of donuts. 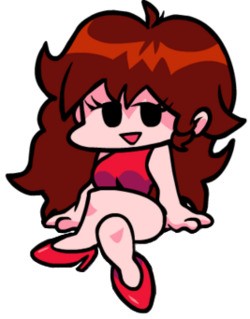 Girlfriend is the object of devotion for Boyfriend, and she loves it! She is also in love with him and wishes at all costs for Boyfriend to defeat all opponents. You can see her in the background, sitting on the speakers, following her boyfriend's every note.

Something to keep in mind is that despite having a human appearance, she is actually a demon, revealing her true appearance in week 7. Like Boyfriend, he also loves to eat pizza, especially if it has olives. 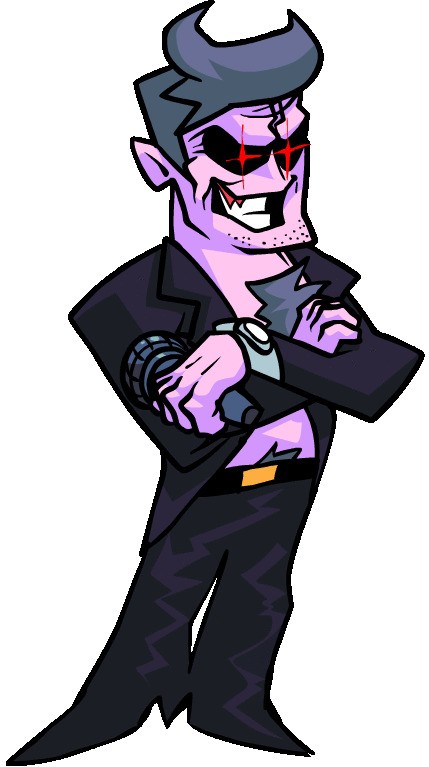 Daddy Dearest is Girlfriend's father and the main enemy of Friday Night Funkin' Week 1. He totally disapproves of the relationship between Boyfriend and his daughter, so he does everything he can to beat the protagonist. After being defeated, he hires Pico to assassinate Boyfriend and then returns in Week 5. Very overprotective!

Since his revenge has yet to be consummated, Daddy Dearest is expected to return as an opponent in the future. His influence goes beyond what can be seen, as his power and network of contacts are remarkable. The character was also a rock star in the past.

Mommy Mearest is Girlfriend's mother and Daddy Dearest's wife. Currently a pop star, she suddenly takes matters into her own hands in Week 4. Accompanied by some bodyguards, she confronts Boyfriend to put him in his place and thus stop him from dating her daughter. Her appearance marks the first time a female villain appears in the game.

After failing, Mommy Mearest reunites with Daddy Dearest and becomes another one of Week 5's enemies. 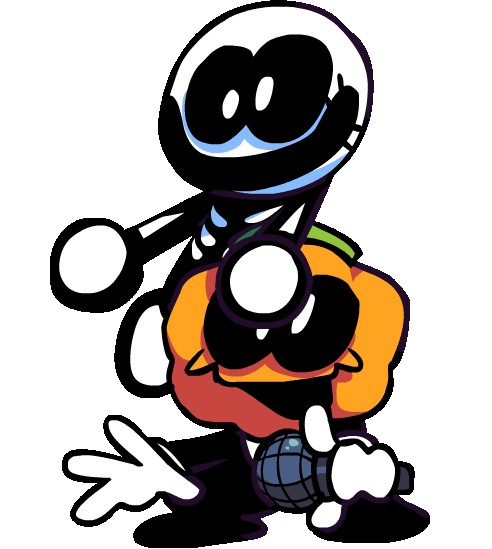 Skid and Pump are the first guests to arrive at Friday Night Funkin'. They come from Spooky Month, a web series created by Mr. Pelo and are the main opponents of Week 2 of FNF. The young duo were convinced by Monster (the villain featured below) to challenge Boyfriend and try to break up with him.


The childlike personality, added to the costumes the characters wear, make them seem harmless. However, they are very difficult to defeat and very talented! 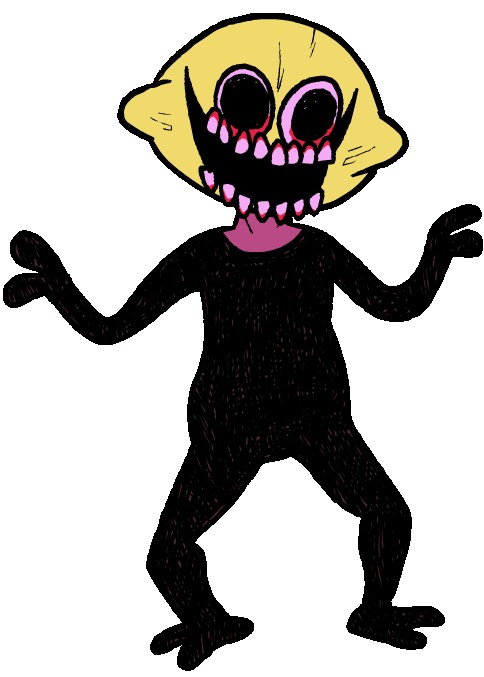 This horrible monster called... Monster, gets in the way of Boyfruend on several occasions. His appearance is terrifying, with a head that looks like a lemon and eyes and teeth that drip blood. Officially, he first appeared in Week 5, but has now replaced Skid and Pump in Week 2 and also appeared after the Week 7 update. His biggest wish is to devour Girlfriend.

Monster has a rather interesting power: it can alter the perception of other people or beings. If something looks strange or different, he's definitely to blame! 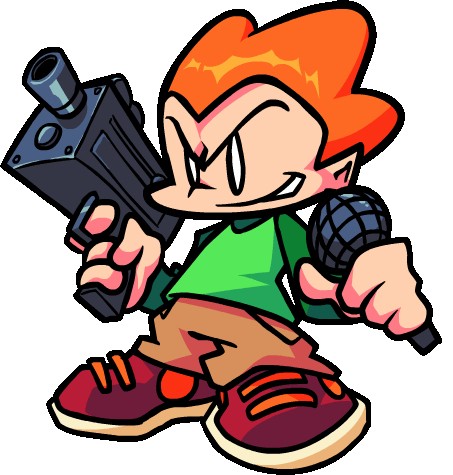 Pico is the second guest to arrive in Friday Night Funkin' and is the antagonist of Week 3. Its origins date back to the browser games Pico's School, created by Tom Fulp. Pico has already made several cameos out there, and in FNF he was hired by Daddy Dearest to avenge him after his defeat in Week 1. However, Daddy Dearest was unaware that Pico and the protagonist were already old acquaintances.

Spike is a character full of details, starting with the fact that he has an IQ of 127. He was considered a star student at the school until it was destroyed. Since then, he lives recklessly and is always ready to create chaos, even acting as a mercenary. 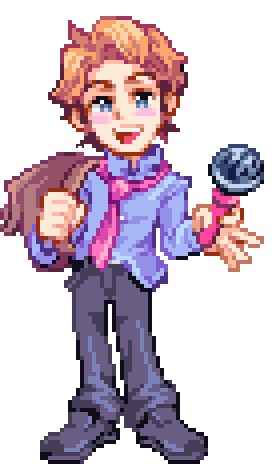 Senpai is the opponent of Week 6, the same week where the graphics change to a vibrant, pixelated style. A long time ago, he fell victim to Daddy Dearest himself, who put him in a dating simulation game and has been there ever since. Then Daddy Dearest puts Boyfriend and Girlfriend in the same game and forces them to battle Senpai.

Little is known about Senpai. At first, he seems very chivalrous, bright, and outgoing. If you defeat him, he stops pretending and is suddenly angry and vulgar. If you defeat Senpai a second time, he dies, being the first antagonist to actually die, giving rise to Spirit.

Spirit is the villain that appears in Week 6 after you defeat Senpai twice. The character appears unexpectedly and changes the entire environment to a darker, almost macabre tone. He is yet another victim of Daddy Dearest, a spirit looking for a body to escape from the virtual prison. For this reason, Spirit confronts Boyfriend and Girlfriend with the goal of possessing them, leaving, and getting revenge on Daddy Dearest. 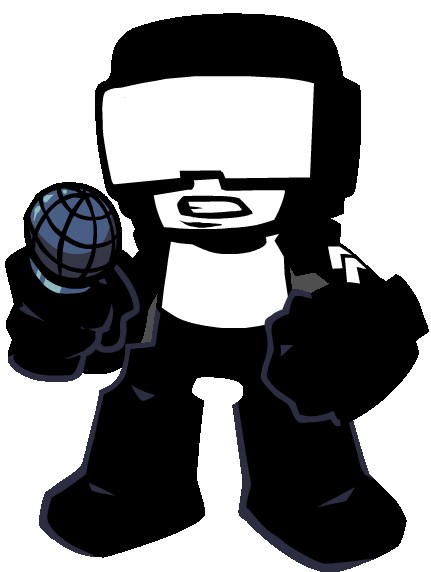 Tankman is the third guest on Friday Night Funkin' and a well-known character on the Newgrounds platform. He was officially created in 2006 for a web series called TANKMEN. He is the Week 7 rival and came accompanied by two more Tankmen willing to defeat Booyfriend.

Tankman has a few interactions with Pico, though he often just insults him to make him feel bad. At the end of Week 7, Pico eliminates Tankman's partners, leaving a score to settle between the two.

Characters that will appear in the future

These characters will still be officially released in Friday Night Funkin' as new weeks are unlocked in the game. 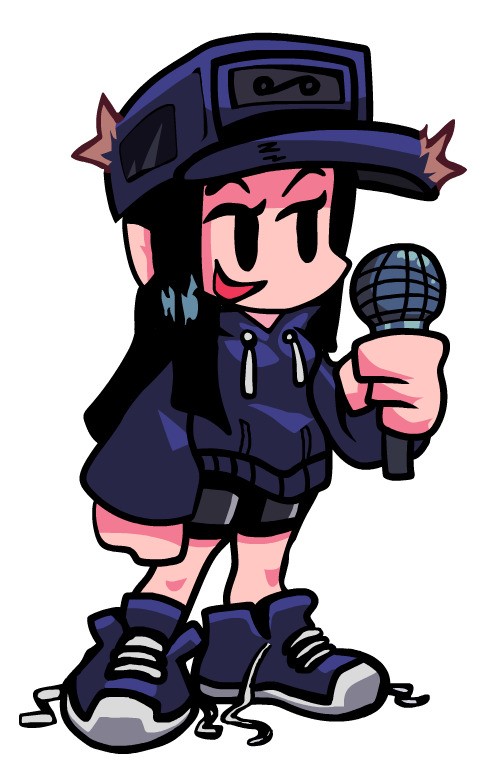 Cassette Girl is yet another guest, created by SoftDon in 2022. It was announced alongside Pico, Tankman and Hank J. Wimbleton that she would appear on Friday Night Funkin'. This demihuman wears a cap that doubles as a music player. In the future we will know what her role in the game will be. 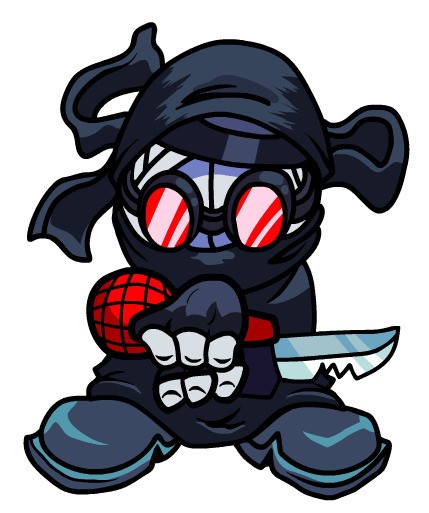 Hank J. Wimbleton, another guest, was announced alongside Cassette Girl, Pico and Tankman. This ultra violent killer was created by Krinkels in 2002 for a series of Flash animations. He has a great ability to eliminate any opponent, and as he likes to dance from time to time, we can guess that Boyfriend will have to face him! 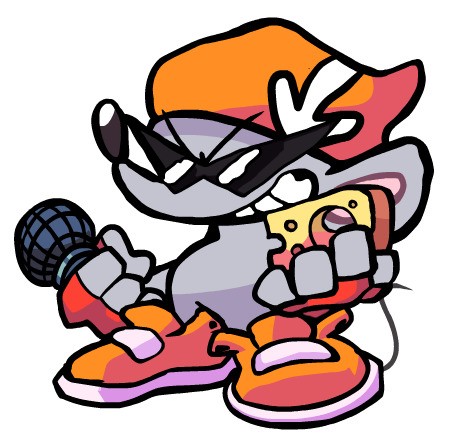 Ritz The Rat is Boyfriend's adopted brother. It was originally created for the game Ritz, developed in 2020 by ninjamuffin99, MKMaffo, DIGIMIN and Kawai Sprite. His design was inspired by Mouser from the Mario franchise, and it is believed that he will accompany Boyfriend in one of the weeks.

In addition to the official characters, there are others starring well-known Friday Night Funkin' mods. Considering the great popularity of mods, we have compiled below some of the most famous characters that appear: 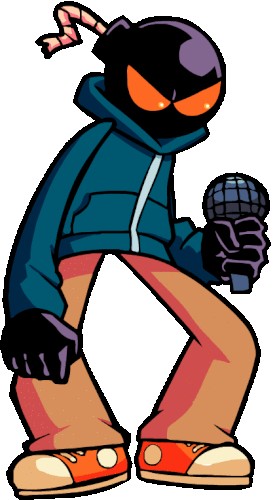 Whitmore, better known as Whitty, is a humanoid bomb that has become one of the most popular characters. He appeared in many mods as a cameo. 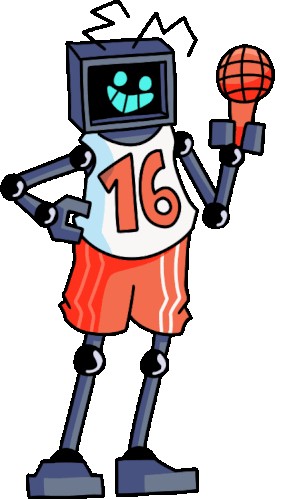 Hex, full name Hextravaganza, is a robot and artificial intelligence that plays basketball. His screen works like a face and changes many times to represent moods and actions. 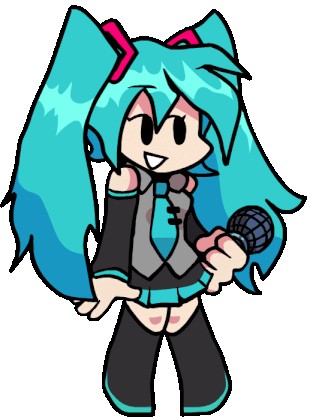 Hatsune Miku is a well-known character from Vocaloid software. Being a pop singer, she made the leap into the world of Friday Night Funkin' in one of the mods. Interestingly, FNF fans consider Hatsune Miku to be Boyfriend's sister. 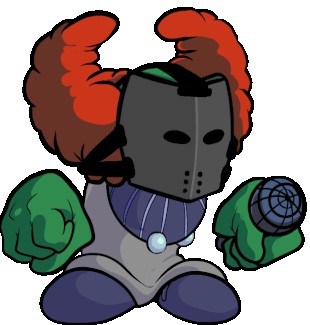 Tricky the Clown is one of the main villains of Madness Combat, of which Hank J. Wimbleton is the protagonist. He is a killer clown who has taken on various forms in mods. The Hellclown version is scary!

Garcello is a man who seems to take life calmly. He is one of the few characters to speak during a song. The color of the smoke you release while smoking changes depending on the notes you are currently playing. When defeated, Garcello becomes living smoke that comes out of his cigarette. Strange! 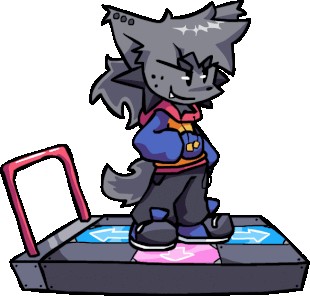 Kapi is an anthropomorphic cat that does not sing, but dances on a Dance Dance Revolution platform. He works at a donut stand and is already an old acquaintance of Boyfriend. 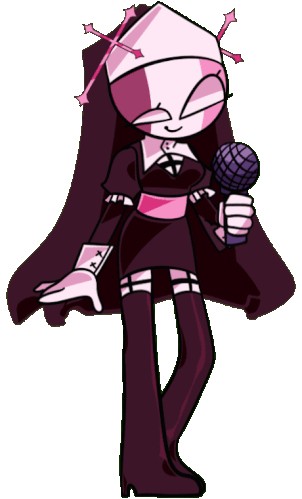 Sarvente pretends to be an atypical nun, usually calm and enthusiastic. She possesses various powers, such as creating portals or immortality, and has a long backstory. On one occasion, she meets Boyfriend and Girlfriend and tries to convince them to join the church. When rejected, she decides to challenge them to a duel. She meets Ruv, another popular character featured in FNF mods.

Ruvyzvat or Ruv is a wanted criminal who runs away day and night. This character is quite introverted, but has a good singing talent. He's friends with Sarvente, the only person he trusts, so he's willing to show up and help her defeat Boyfriend. 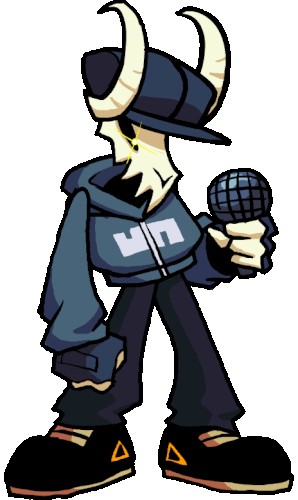 Tabi has her own story within the Friday Night Funkin' universe. He was a successful rapper and ex of Girlfriend. Everything changed when he realized that his girlfriend and his father were using him for their own ends. Since then, the character seeks revenge and will not allow Boyfriend to get in his way.

Audio Video Friday Night Funkin': All the characters and their stories
Game Dev Tycoon: 8 tips for you to be the best developer! ❯

add a comment of Friday Night Funkin': All the characters and their stories