Free Fire vs Fortnite: find out which Battle Royale is right for you

Free Fire Battlegrounds and Fortnite: Battle Royale are one of the most popular Battle Royale-style games, with a large community of players from all over the world. Both games are very cool, but they have several differences.

We compare requirements, match features, weaponry and other important details to find out which game is right for you. Check out the main differences and similarities between Fortnite and Free Fire. 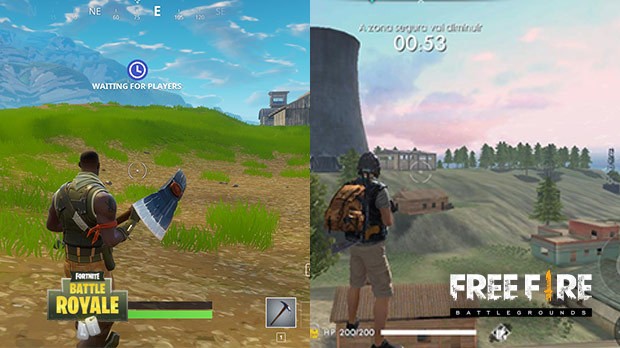 Free Fire was originally designed to run only on mobile devices (although it is possible to play on a PC). Fortnite exists for PC, Mac, Xbox, Playstation and Apple handheld devices (iPhone 6S/SE, iPad Mini 4, iPad Pro, iPad Air 2 or iPad 2022 only), as well as Nintendo Switch.

Free Fire is a very lighter, takes up little space, runs smooth even on older equipment. Fortnite is much heavier (even in its mobile version) and needs many features to run smoothly. 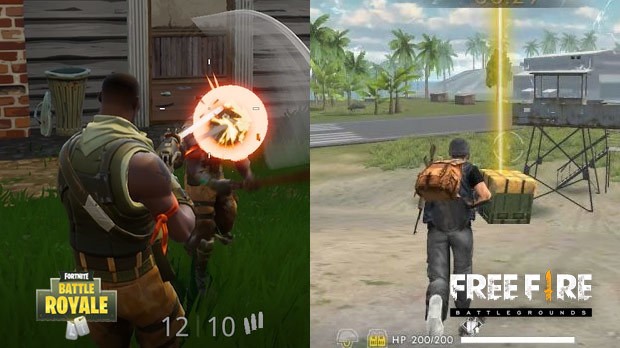 The action in Fortnite takes place on just one map, which changes slightly over the seasons. In Free Fire, there are 2 different maps.

It is possible to play Solo, Duo or Squad in both games and each has some modes that work occasionally, such as Death Race in Free Fire or 20X20 mode in Fortnite. In both games you can play with friends.

In Fortnite, there is the possibility of build different types of structures for defense, attack or ways to reach difficult places using resources that can be collected on the map such as wood, stone or iron.

Building provides another style and strategy, differentiating Fortnite from many other games. While in Free Fire you have to shoot well to win, in Fortnite just shooting well is not enough. You have to build well and fast. 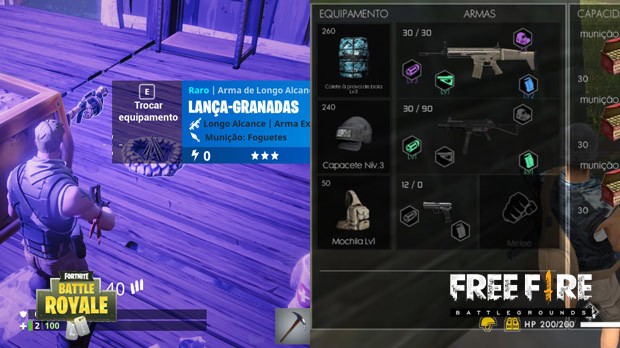 Free Fire and Fortnite have different types of weapons, grouped by type. There are snipers, rifles, pistols and even grenade launchers. Fortnite has a color system which sets the damage and effectiveness of each weapon collected, but does not allow for extras. In Free Fire, it's possible to use extras on many weapons, greatly improving their damage, recoil, and magazine capacity.

In Fortnite, the player can only carry up to 5 items in their backpack, weapons included. In Free Fire, the player can carry 3 weapons, not counting other equipment in the backpack. Therefore, in Fortnite, it is necessary to know well what to carry. 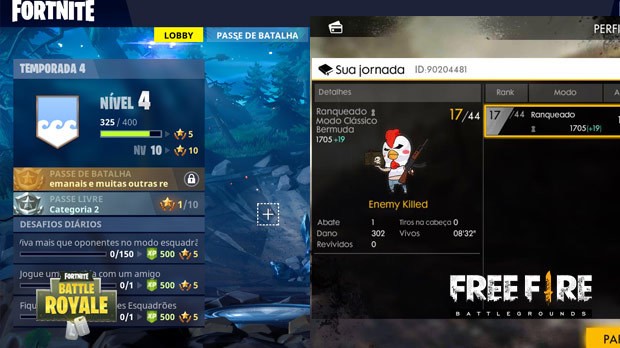 Both games have a ranked and career mode where player progression is recorded. The ranked mode in Free Fire depends on several factors such as the score in each game during the season. Already in Fortnite, this progression is always general, in relation to the type of platform, the type of battle pass and other details. 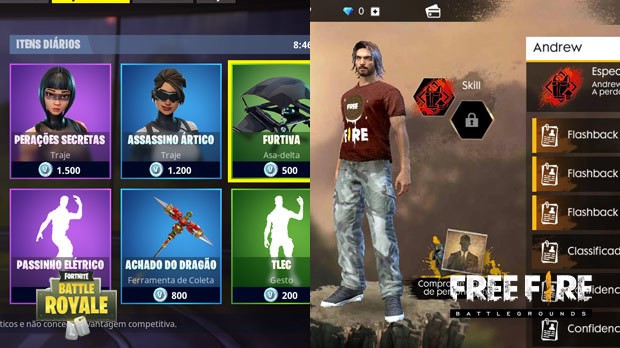 In Free Fire there are different characters, each with different skills and you can customize them with different outfits and equipment. Also, characters can carry different items that help them survive on the map before departure. 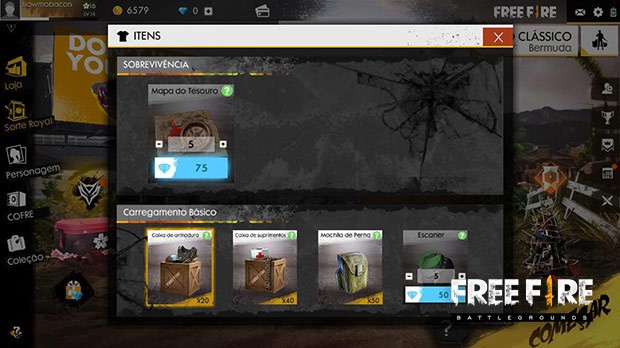 In Fortnite, in Battle Royale mode, there are no characters with different abilities, but there are a huge number of skins, construction equipment and hang gliders to buy. This equipment is purely cosmetic, offering no advantage to the player. 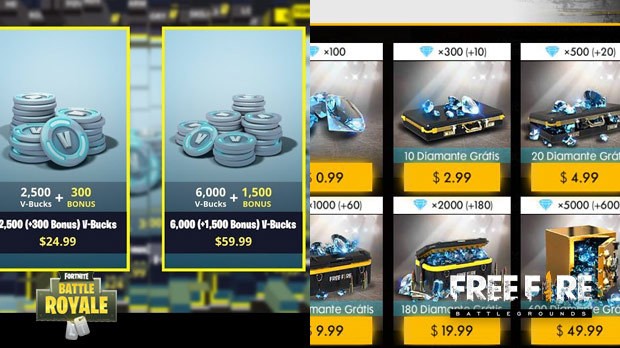 Both Free Fire and Fortnite are free to play. However, to customize your character with upgrades and/or rare items, you have to spend real money. In the case of Fortnite, it is possible to farm some in-game money, called V-Bucks, by playing the Save-the-World mode. In Free Fire, the player takes gold coins per game, with a daily limit.

Which game is right?

The important thing, in any game, is to be able to to entertain and these two games achieve that, with servers full of players and very exciting matches, with great communities.

Free Fire is a light game that runs even on modest cell phones, with very short matches, but full of cool moments. It doesn't take a lot of time and it's not very complex.

Fortnite is a very beautiful game graphically, which adds to the shooting the possibility of building. It's a whole new experience that challenges any self-respecting gamer. It is highly competitive and requires many hours of investment to be a decent player.

Audio Video Free Fire vs Fortnite: find out which Battle Royale is right for you
Friday Night Funkin': All the characters and their stories ❯

add a comment of Free Fire vs Fortnite: find out which Battle Royale is right for you