Loot? ranked? Quit? EP? Surely you've heard some words on Free Fire that you don't know the meaning. These expressions can confuse the beginner player or even the advanced player, but we decided to create a dictionary with the most popular words.

Check out the glossary and learn the words that will help you improve communication and your performance on Free Fire. 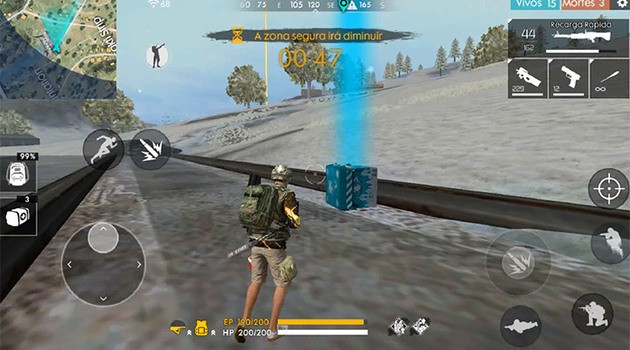 Container attached to a parachute, dropped by a plane with valuable equipment and powerful weapons. It is relatively easy to spot as it emits a beam of light as soon as it lands. Can be triggered by the player, using an Airdrop flashlight. It is often abbreviated to "drop".

Due to a translation error, melee weapons for the creators of Free Fire are pistols. Don't ask us why, we also have no idea why they don't fix it.

Player controlled by the game itself, very common in casual games among the most basic ranks. He's not a great shooter and simply advances carelessly until he's eliminated. Sometimes, by mistake, it can be referred to as "boot" or even "but".

Derived from "Bug". Game bug that may affect graphics and/or gameplay

In a nutshell, this Bug or game mechanic allows you to get headshots by crouching and shooting quickly with virtually no defense possible. It is used with the standard crosshair. It is also seen as a major defect of Free Fire by many players, but nevertheless it exists.

It is the act of marking a location on the map, but it also designates voice communication. Despite being used a lot when the team is jumping out of the plane, it can be used at any point in the game. "Trust the Call" is also a very common expression, whenever a player chooses a location that not all the team agrees with. Basically, it means communicating.

Small videos where players show their coolest shots or plays. It comes from the term "clip" short for "video clip".

A player who prefers to lie in wait, waiting for others to move and making games very boring when overdone.

The act of being a camper 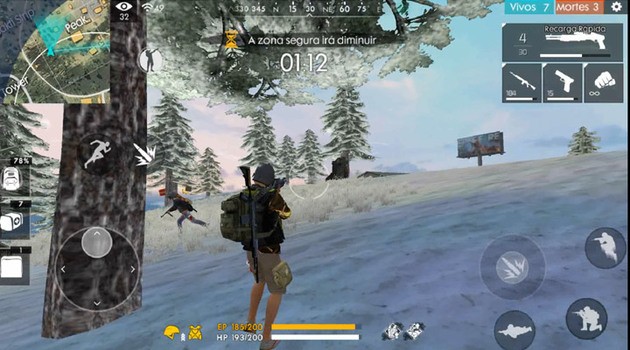 A shorthand way of calling the SPAS12 shotgun. Don't know what a SPAS12 is? 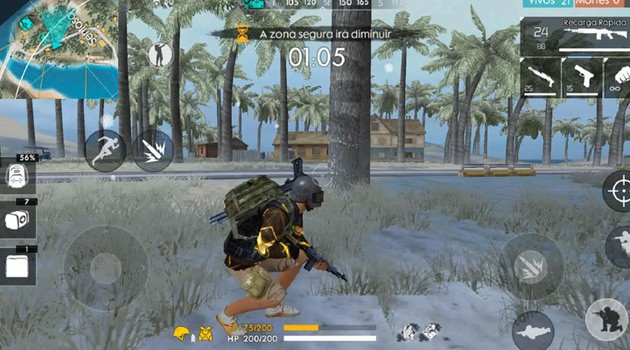 Loosely translated, EP stands for Energy Points or Energy Points. By filling the EP Bar (yellow) with mushrooms (or with eliminations with the character's ability Miguel) you can heal your HP bar (white) one point per second until it is full or your EP bar is empty. 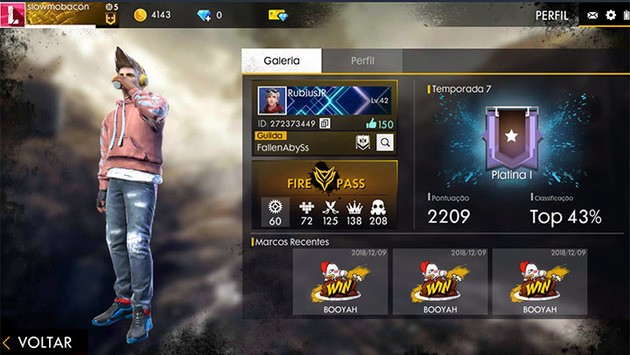 Same as patent. There are several links in the Free Fire ranking: Bronze, Silver, Gold, Platinum, Diamond and Master. It's the question that any player loves to keep asking everywhere, nobody really knows why.

Learn all about the Free Fire ranking and the various patents here.

Very popular Battle Royale. Ever heard of it?

This is a military term meaning side attack. Imagine that an enemy player is camping in a house. After a frontal attack, you decide to move sideways to avoid getting hit. This is what is called flanking.

A survival item that needs to be equipped before each match allows the player or team to regenerate their energy. It can be placed anywhere, even inside a house. It is for one use only. 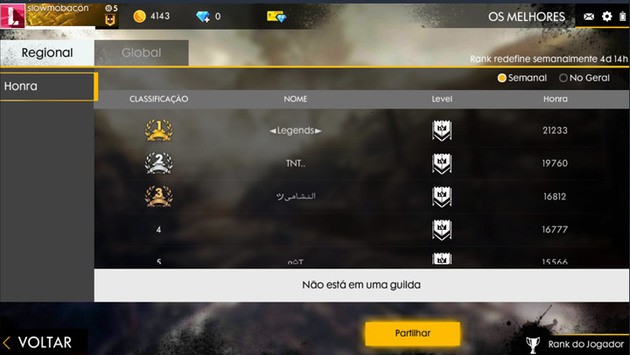 A group of players who regularly play together with a common goal. Thus, they get more points and climb the rankings more easily, in addition to being able to enter only Guild competitions, among other details.

Know the advantages and conditions of belonging to a guild!

This is a term borrowed from other games where players spend gems to buy new skins or equipment, usually using real money. In Free Fire, it's easy to spot an eggnog, as it always spends a lot of diamonds. 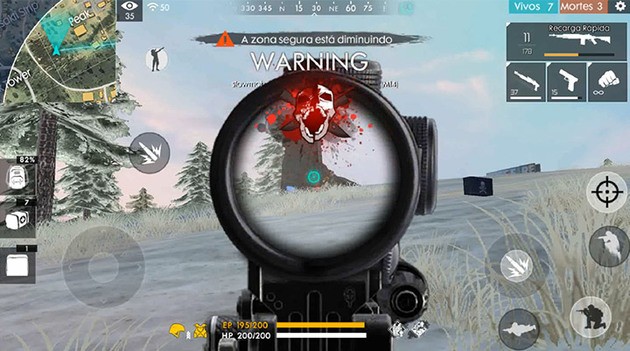 Abbreviation for "Headshot" or headshot. It's the fastest way to eliminate an enemy player and get the most score. It is also the one that requires the most aim.

Your life bar. If it's empty, you die. It can heal with some EP, Bonfire or with bandages.

Software that gives a player an unfair advantage, usually resulting in a suspended account. Only really bad and dishonest players use this kind of aids. Whenever you read or hear someone saying "Rack" this is a mistake. The term is Hack.

Elimination of an enemy player. The more kills you get, the better your score.

It's a quick succession of eliminations. However, this is a term borrowed from other games, as Free Fire, for now, does not differentiate between its eliminations during the match.

It's another way of designating "Squad" or a team of four. 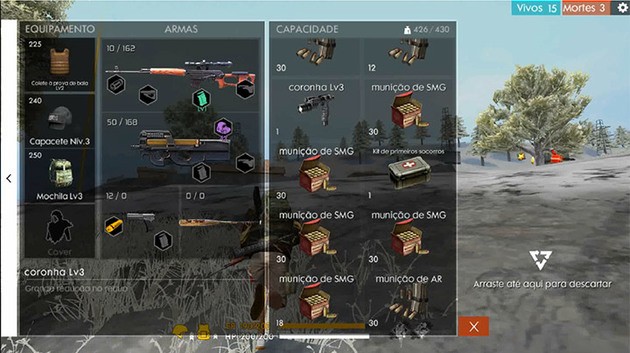 Equipment and weapons scattered across the map, at resupply points, Token or Airdrop. It can be from backpacks, weapons, extras, vests, helmets and even special items. Having a good loot is the best way to win the match.

The act of looting. Simply, it's quickly picking up equipment wherever it is, choosing only the most valuable and ignoring the rest. Even better when you take equipment from a player you have eliminated.

Abbreviation for the M79 Grenade Launcher, the most loved and hated weapon in Free Fire. It appears a lot in the classic phrase "Take the Lance".

Discover all about the best Free Fire weapons including the spear! 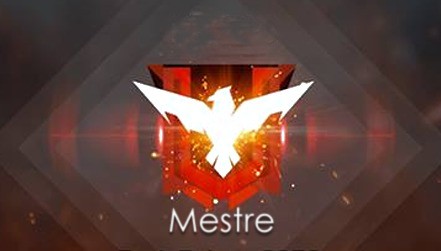 When an opponent is out of vest, helmet and low on health

Beginner player but is also used as an insult. To call another player a Noob is to accuse him of having little skill and experience.

The Fire Pass can be free or Elite. The Elite Pass rewards the player with different prizes, clothes and gold, but it needs to be purchased with real money. There are also daily missions for the Elite Pass that cannot be accessed through the free pass. 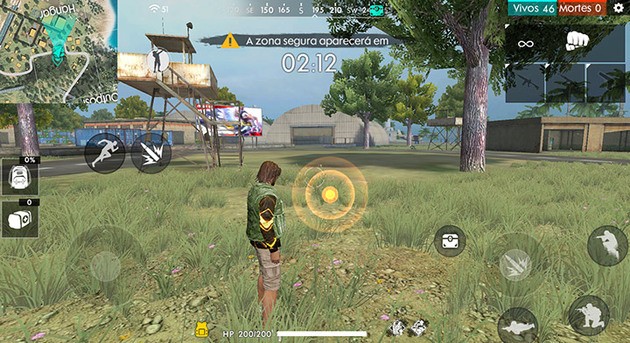 Also called Treasure Map, it is simply a Survival item that you can earn or buy. It needs to be activated while still on the plane. Once activated, simply go to the location marked on the map and collect the equipment and supplies, usually level 3, that are there. Be careful not to be ambushed.

This acronym stands for Player Versus Environment which means Player versus Environment. Simply, the player faces opponents or other dangers controlled by the game's own artificial intelligence. In Free Fire, the only PVE mode currently available is the Mortal Revolt mode.

From the English term "quit" which means to give up. A discharger leaves a Squad or Duo match after being eliminated, causing his team to lose a lot of points. Sometimes some players use the term "Kitor". It's the same meaning. 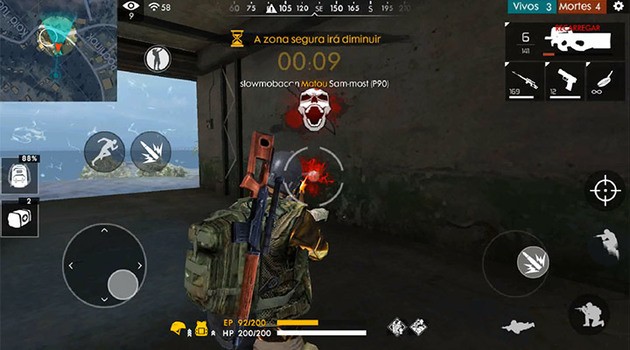 Quickly attack an enemy or objective, at maximum speed and as aggressively as possible

They are weapons capable of automatic fire but of smaller size, with the acronym of SMG. In Free Fire the submachine guns are:

A screener is a cheater who keeps logging into another player's live to find out where he is. It's obviously a cheat. It is also known as "Stream Sniper".

Direct confrontation between players in one-on-one or simply solo mode. 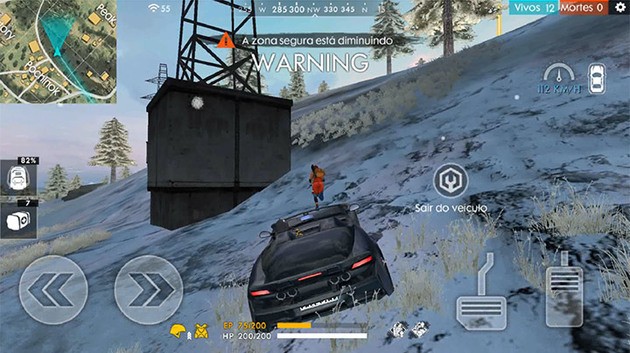 Player who exaggerates deaths by being run over and never leaves his car. It's not the best seen by other players but it's not illegal.

Find out how to beat the Zé Carts here!

Player who insists on staying hidden, moving only at the last second

Player who, even with a full backpack, insists on getting all the loot.

add a comment of Free Fire Dictionary: the slang you need to know