Fortnite Chapter 2: Check out the best locations on the new map!

Knowing where to jump on Fortnite's new map is not an easy task. Although some elements and names will be familiar to the player, this map is completely new and you will need to learn new strategies and new places to get good loot quickly. Check out the best places to jump with our guide.

At this point, the map reminds a little of the first seasons of Chapter 1 of Fortnite: the map doesn't have (yet) desert or snowy areas, and outside the main places, it even looks kind of bare. As always, places with a higher concentration of houses or buildings are more likely to have loot in quality and quantity. In addition, the new water mechanics have changed the strategy of each match reasonably: now any place with water nearby is very valuable. 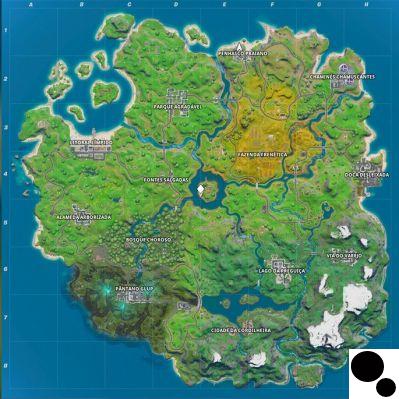 We jump to different locations, both in Playground mode and in real matches to better observe each one of them, and we decided to order them from the most to the least attractive, in our experience. Of course, the more popular the place, the more risk there is.

A new place, this dock is well loaded with loot and has many high points like the cranes and warehouses. The interior of buildings is dangerous as there are many blind spots and hiding places, so proceed carefully. If you think a lot of players have jumped in there or you want to escape fast, land in the water and swim to safety or take a boat. It's obviously easy to pick up metal in the zone, but be careful not to be surprised while collecting.

Reboot Van Location: More or less in the middle of the area. 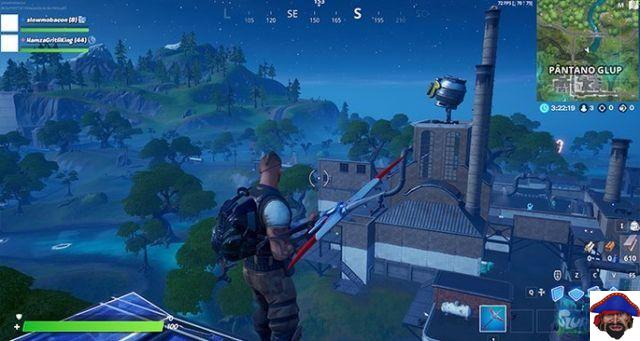 This curious swamp and Glup potion factory is currently one of the best places to jump in Fortnite. The only thing is that you have to like fighting, because many players will have the same idea as you. One of the curious facts is the luminous swamp water that heals the player whenever he bathes in it, which can be very useful in the middle of fights. In addition, there are many turn-arounds inside and outside the Factory. 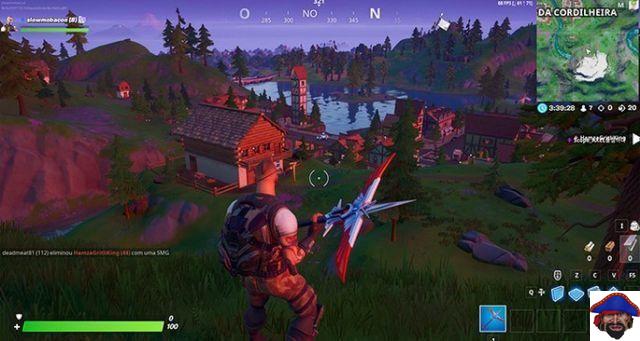 One of the best places to jump, Cordillera City is well loaded with loot and is relatively safe: the lake in the north makes it easy to spot any enemies in the water. From the south side, in the hills, it's relatively easy to shoot into the city with a sniper. Cordillera City is not Torres Tortas 2, not least because it is not in a central area of ​​the map, but it has the potential to attract a lot of heavy fighting. Along the river it is usually easy to take a boat to escape. 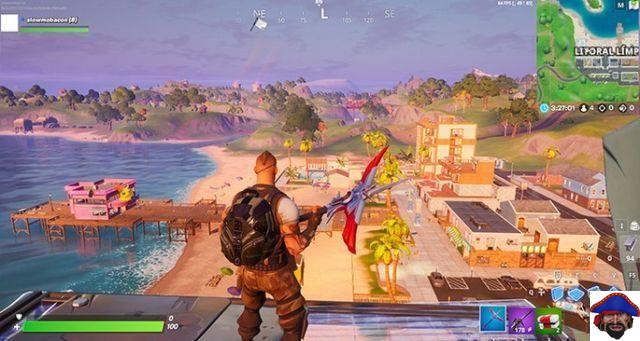 A really nice area with a big beach, perfect for applying the new game mechanics and the use of boats. This small coastal town also has a lot of chests compared to other larger areas on the map. 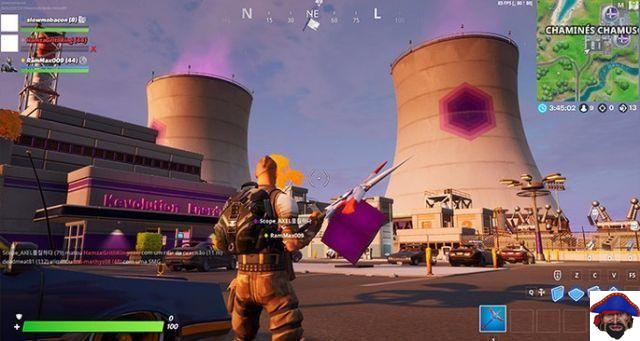 Yet another completely new place, this fun nuclear power plant has loot galore and a surprise if you jump into the radioactive core. Despite being a flashy location, it is at one end of the map, which complicates your strategy if the circle closes too far. It is possible to escape the power plant using the power line or the river. 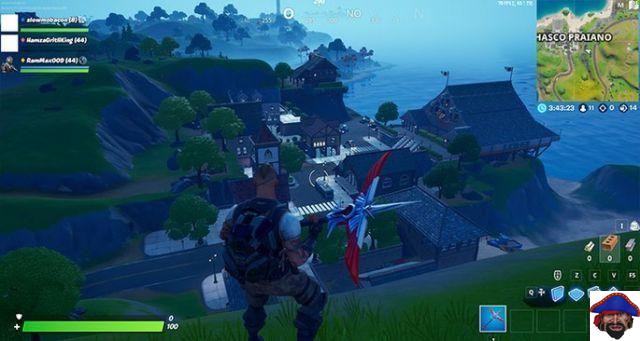 A small town, Penhasco Praiano has the river on its west side, making it easy to get in and out. The buildings are few but the large amount of Vira-Vira makes the place very attractive.

Reboot Van Location: in the parking lot of the Fish Sticks restaurant. 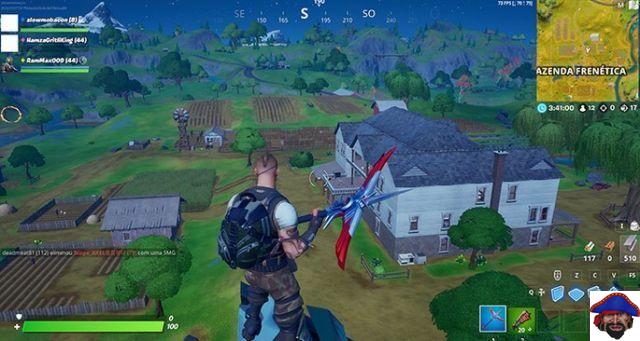 A place without much mystery and that has kept practically the same plant as the previous chapter, the Frenzy Farm is easy to identify from the air, has many haystacks and cereal fields that are good places to hide. As disadvantages, remember that it is a flat area and is surrounded by other places, making a safe escape very difficult. 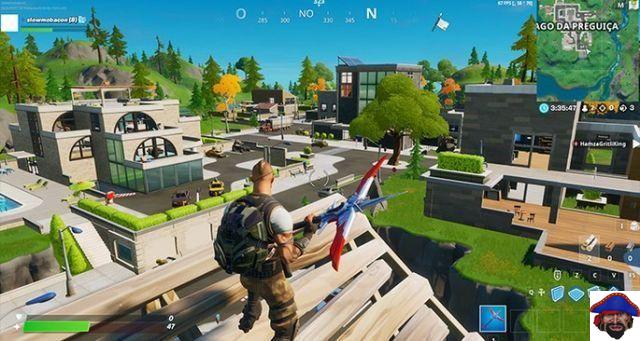 This area is reminiscent of Snobbish Margins from the first chapter, as it also has several rich houses very close together and several chests. Worth a look depending on the bus route. If he passes too close, you'll have a lot of enemies trying to get your loot, but as a secondary zone it feels relatively safe. 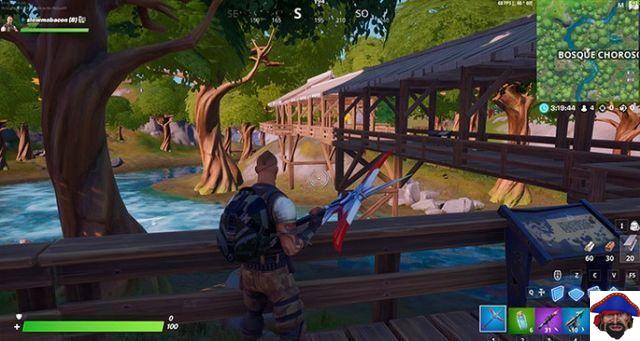 The location of this place is its best asset. It is central on the map and allows you to reach any other zone quickly. Trees offer some protection. If your game strategy is based a lot on construction this is the best place to get wood. 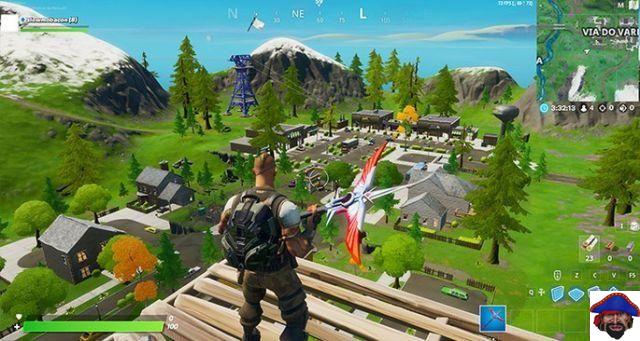 One of the places that returned but not in great beauty, Via do Varejo is a good secondary area where we don't find much advantage in jumping directly, unless you prefer relatively quiet areas. It is easy to escape to other places using the high voltage lines. 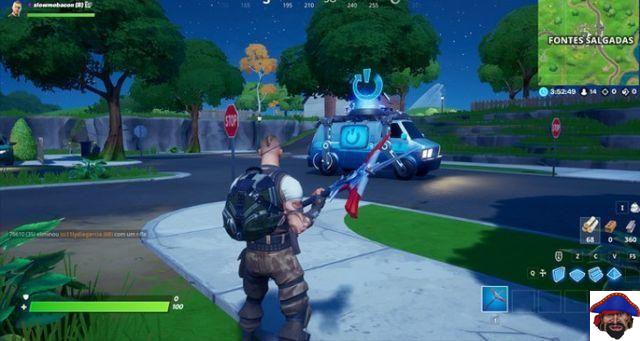 A normal place, in the style of Fortnite. There aren't many chests, there's no river nearby, and there aren't any high places to give your sniper talent a chance. If you are starting your adventures in the game, it is a good area to start the game. So, don't waste time. 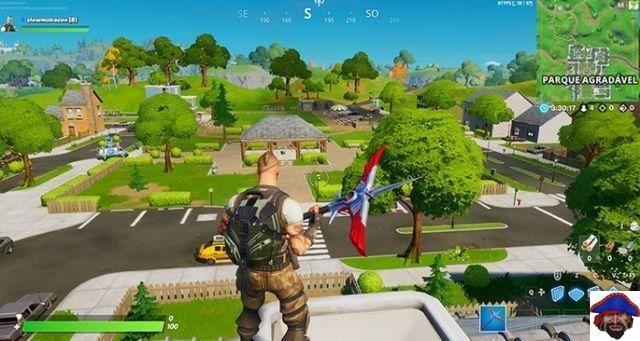 Another place taken from Chapter 1, but unfortunately, quite inferior. Few chests, slightly bare area and low buildings. If you're nostalgic you can check it out, but don't take too long.

Reboot Van Location: East side of the car park. 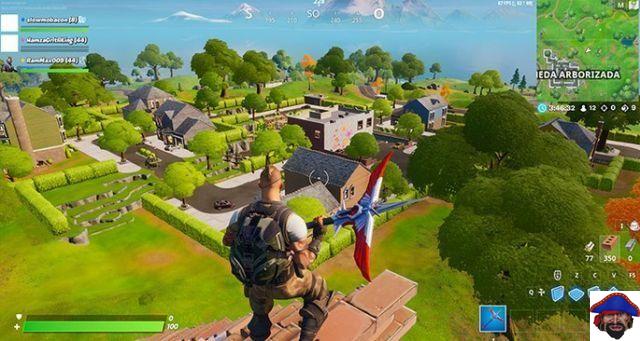 A very unpopular place. It has few houses, few chests and it doesn't pay to jump there, unless you prefer a calm start to the game. It is a relatively central area.

Audio Video Fortnite Chapter 2: Check out the best locations on the new map!
Fortnite: list of Android and iOS phones that run the game! (2022) ❯

The 25 most popular skins in Fortnite: Battle Royale

Fortnite Tracker: stats, events and tables for your gameplay!

add a comment of Fortnite Chapter 2: Check out the best locations on the new map!