Find out where to loot in Call of Duty Mobile battle royale!

Getting ahead in loot is one of the main rules of a battle royale. That's why we've gathered here all the information you need to find the best equipment in Call of Duty Mobile. We also put a list of all the places where you can find helicopters, the best vehicle in the game. Check out!

Arguably the biggest loot hotspot in Call of Duty's battle royale. Situated right in the middle of the map, the place has a tall building, small houses, shacks and tunnels where you can find high quality rifles, as well as snipers.

Assuming you survive the high volume of players on the ground, you'll still be in the middle of the map, exposed in all directions. Thus, descending on the Launch Pad is best suited for experienced players or those looking for frantic action.

Another great place to find quality loot and definitely a safer option than Launchpad in terms of placement. The location offers good access to the water and open fields of the map. Also, anyone who lands on the Dock can gain control of the bridge once they are decently equipped. Those who migrated from PUBG know how the bridge is a great “choke point” to control themselves, preventing the rotation of players who decided to rush down the Pier or Nuketown.

In addition to the great loot from the Dock, you can find a helicopter (the best vehicle in the game) on the helipad near the water for quick repositioning.

Another great place to loot. In addition to weapons, the place has an above average concentration of accessories, so your chances of leaving better equipped are a little higher. The only problem with the location is that the power plant only has a single entrance, so you can be easily cornered. Stay tuned!

There is a secret cave located northwest of Crash. The entrance is on a rocky peak (marked in the image above), which on the map looks like a white ball with a black dot inside. Try to get down as close to the black dot as possible. When you get there, you'll see a hole in the ground and a zipline ready for you to go down. After looting, go up the same path. 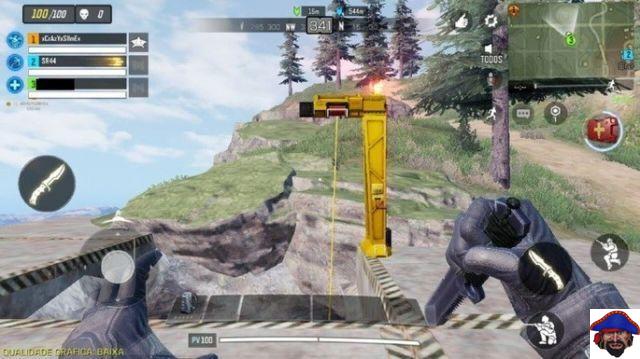 The cave has enough loot boxes for you to leave with all the weapons and accessories you need, as well as some healing items.

Where to find helicopters in Call of Duty Mobile

The Call of Duty Mobile battle royale has several locations that spawn helicopters (choppers). Check them all out: 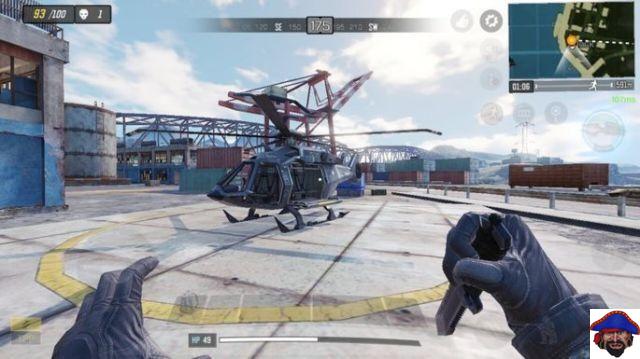 You'll find a helipad northwest of the bridge, on the Dock. 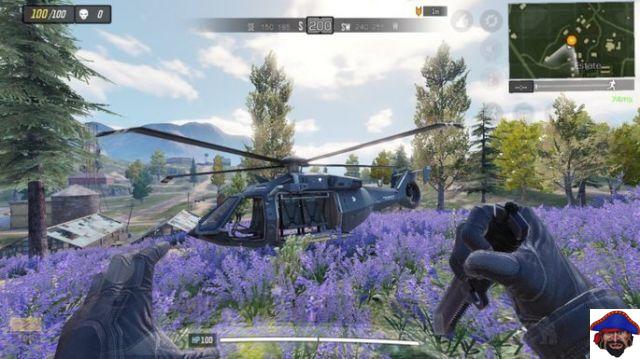 Above where the map shows "Estate", you can find a helicopter right in the middle of the flowers. 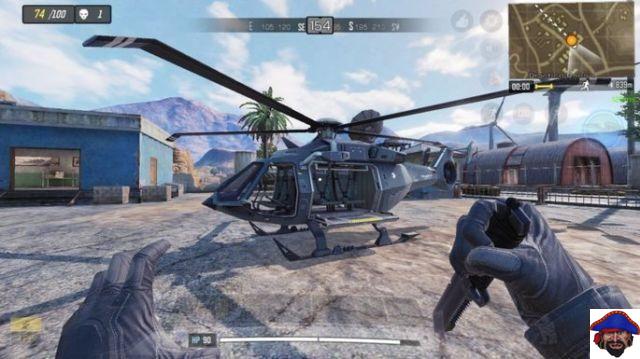 You can find a helipad above the three bunkers in the Shooting Range. 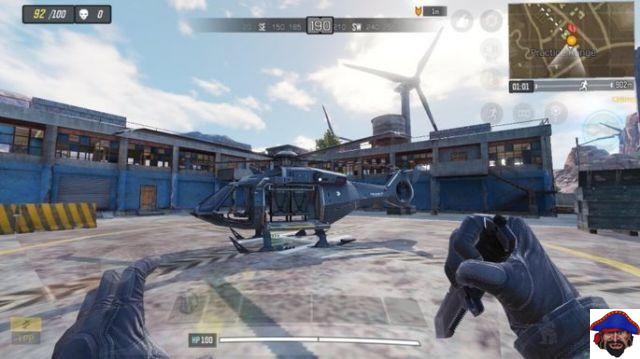 Another helicopter can be found in the Shooting Range next to the L-shaped building. 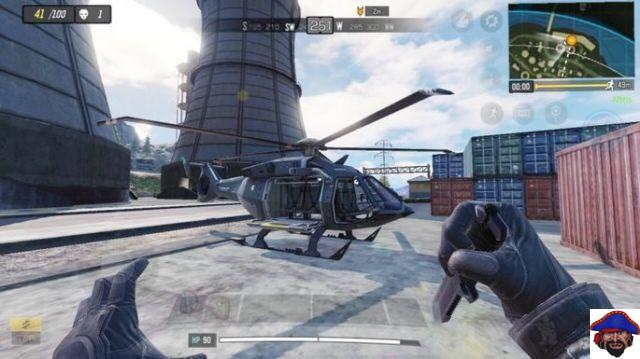 The Nuclear Power Plant helicopter is next to the containers parallel to the river. 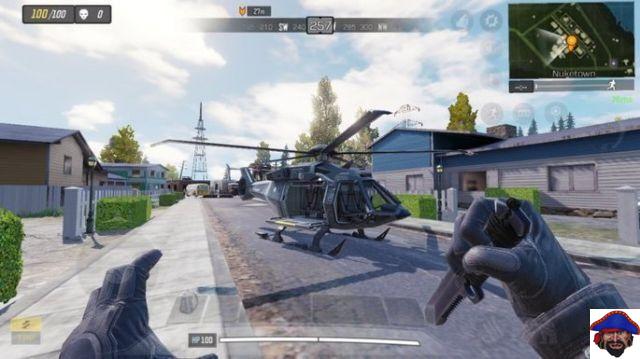 Nuketown has a helicopter spawn right in the middle of the main street. There's no way to go wrong. 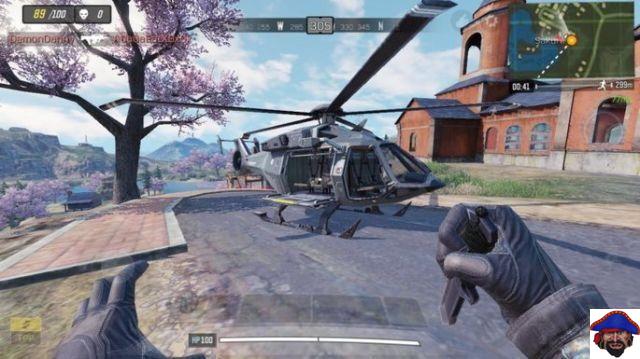 There is a helicopter right next to where the map shows "Sakura", next to the lake. 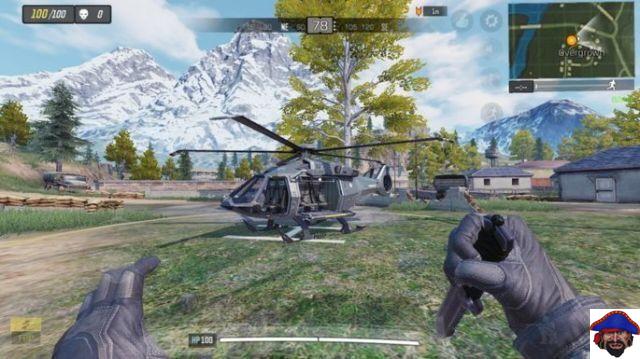 The helicopter spawn in Overgrown is just north of the letter E, in the middle of a field across the track.

Another helicopter is situated north of the three warehouses that cross the end of the word "Countdown". 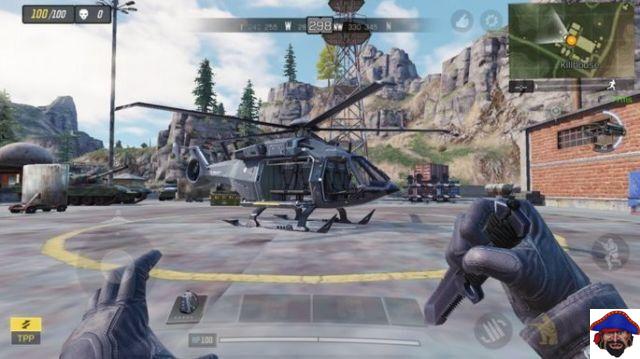 Just outside the big warehouse in Kilhouse, you'll find a helicopter on the helipad.

Audio Video Find out where to loot in Call of Duty Mobile battle royale!
Learn all about the 26th Season of Free Fire! ❯

The best Call of Duty Mobile setup for controls and graphics

All the Operator Perks and Skills in Call of Duty Mobile!

9 essential tips on how to play Call of Duty Mobile!

How to Play Call of Duty Mobile on PC with Keyboard and Mouse!

add a comment of Find out where to loot in Call of Duty Mobile battle royale!