Sephiroth, arguably one of the most iconic video game villains, is a terrifying opponent with a true goal of absorbing all life on the planet and becoming a god. His attacks are brutal, some of which can deal 9999 damage to Cloud and friends.

Fortunately, there are a few ways to approach the battle and make things a little easier on the player. So for Final Fantasy 7 Remake fans looking to understand how to stop Sephiroth forever, here's how to do it. 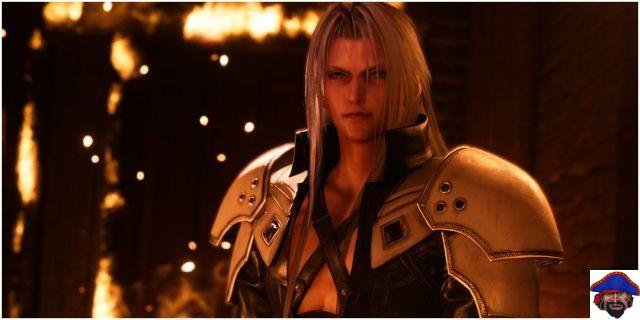 In terms of weaknesses and strengths, Sephiroth is immune to poison, sleep, slow, silence, Stop, Berserkers and proportional damage. Furthermore, he also has a lesser resistance to fire, ice, lightning, wind and magic.

During the first phase of the boss fight, only Sephiroth and Cloud will fight. Slowly, more and more party members will join as the battle progresses. While it may seem random, the choice of characters in the game is actually decided on the point system via the Whisper Harbinger battle. Some good party member suggestions for players to prioritize are Barret, who can tank through Sephiroth's strongest spells, and the healer Aerith, who can help other party members survive.

One important thing to note is that since Sephiroth takes less damage from all four elements, players should remove any elemental matter from equipped weapons as their normal attacks will be weaker. This will also become a big problem when Sephiroth absorbs a random element in phase three. However, this also means that Sephiroth will finally have a magical weakness, so take advantage of that with the appropriate spells.

The best way to approach this battle is to hit Sephiroth with hard attacks while his focus meter is rising to stagger. Then, while he's stunned, use a Limit Break or some other powerful skill. Also, as he is immune to most spells, prioritize using support magic such as Haste and Barrier no Cloud so he can use the Counterstance technique as much as possible.


Lastly, whenever Sephiroth's health gets low, he will use his "Divine Proclamation" attack, which will start a countdown when the entire party takes maximum damage. So be sure to save the strongest skills for this time to avoid this.

add a comment of Final Fantasy VII Remake: How to beat Sephiroth