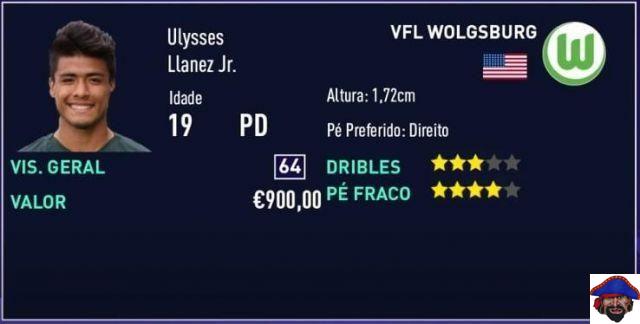 FIFA 21 Career Mode is packed with players with high potential! We have listed in this article the best promises you can hire for your team, from defense to offense. See who can reach the incredible Overall of 95 and which players deserve your attention in every position!

NOTE: We consider pledges only to players up to the age of 23, Olympic age.

Donnarumma remains FIFA's most promising goalkeeper. In version 21, his potential reaches 92. He will undoubtedly be one of the best goalkeepers in the world for years to come.

Matthijs de Ligt is the biggest promise of Juventus and in FIFA 21 he appears as the most promising defender in the game. Soon after, Upamecano, from RB Leipzig, appears as a high-quality defense duo for de Ligt.

Alexander-Arnold appears at the top of the list of the most promising right-backs in FIFA 21, as he already was in the 2020 edition. He continues to evolve, and he has the advantage of being able to play in the right midfielder.

Reguilón is an unknown who could be the best left back in FIFA 21 in your Career Mode. If you want someone more "famous", young Alphonso Davies, champion of the Champions League with Bayern, is also a great choice!

Sandro Tonali still needs a lot of training to go from 77 to 91, but he's very promising! After him you don't have many known names, but they are cheap players that can be good signings.

There are many young midfielders who can reach the levels of legendary players. Jadon Sancho, Kai Havertz and Trincao are high quality players with a very good touch of the ball, who can occupy the midfield and create great plays.

Vinícius Jr. has a low Overall, but it is our country's great promise of the game. Rodrygo and Ansu Fati are two other promises worth keeping an eye on.

Can you imagine an attacking trio with Mbappé, João Félix and Haaland? Well, in FIFA 21 it does! The three are the best promises for attack in FIFA 21, and Mbappé is already an unquestionable ace!

The best FIFA 21 players by position!

add a comment of FIFA 21: the best promises for Career Mode!