FIFA 20 Career Goalkeepers: The best, the promising and the good and cheap 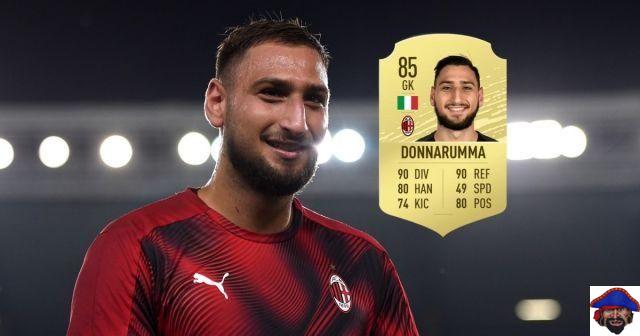 In this article we bring you the best goalkeepers for FIFA 20 Career Mode! We divided the players into 3 categories, as you can see below:

In each section you will find the Overall Score and Potential of each player. See which team they play for and how old they are in the first season of Career Mode. That way you'll know exactly what the best name to hire is!

The best FIFA 20 goalkeepers are Oblak (91) and Alisson (90). And Oblak could still get to 93, due to his potential. Both are good too because they are only 27 years old, at the height of their careers.

Soon after we have other names, some more veterans, such as Neuer (89), Handanovic (88) and Navas (87). If we look closely, the list has players even young, which is great for those who want to build a team for the long term.

The most promising goalkeepers in FIFA 20 have a maximum age of 21. The best remains Donnarumma (85), with only 20 and a super potential of 92. This would undoubtedly be the best signing for his team, as he is young and can achieve an Overall Score above the current second-best, Alisson.

The good and cheap ones are usually the most experienced in the game. With goalkeepers it's no different! We don't have any on the under 30 list, which indicates that they are already closer to the end of their careers.

But that means you can find great deals. Buffon's case, whose purchase value is $1M. Or even Casillas, for $1.5M. These two and the others on the list are interesting names for those who are starting their Career and ended up choosing a weaker team.

add a comment of FIFA 20 Career Goalkeepers: The best, the promising and the good and cheap