The Premier League is one of the most competitive national football leagues in the world. This is due to the fact that virtually every team has at least one outstanding player. As FIFA 19 brings all the realism of real pitches to virtual ones, the quality of the English league is also present in it, thanks to players like De Gea, Aguero and Pogba.

Regardless if you're going to play Career Mode or if you're going to assemble a team in FIFA Ultimate Team with only Premier League players, you need to know which are the best players playing in it. So you don't have to go through the hassle of searching name by name, we've brought you the top 10 players for each position. Grab your clipboard and start building your lineup! 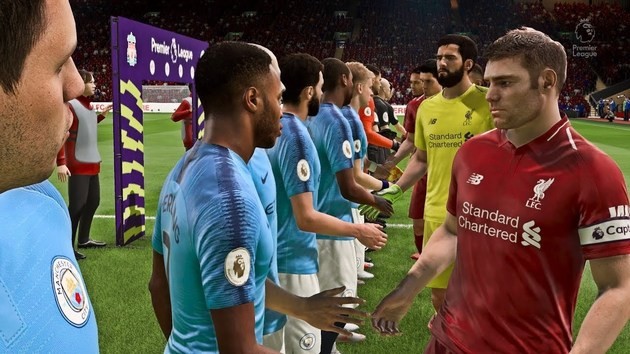 Nobody disputes that De Gea is the best goalkeeper in the Premier League, as he is the number 1 position in the entire FIFA 19. The other three names after the Spanish archer, however, also deserve attention. Lloris and Alisson are prominent names, but mainly the latter, for his potential and for being a new player with a good career ahead of him.

Azpilicueta has been at Chelsea for many seasons. From edit to edit it only grows in terms of Overall, so you should really pay attention to it. Although he is not very fast, he is technical and has good passing. Bellerín, despite being further down the list, is a full-back and a high-speed winger. If he likes attacking full-backs, he might be a good name for your team.

Laporte plays both at the back and on the side. He has a pretty high Overall for a winger, but don't be fooled, since he's slower, since he's a defender by origin. The other left sides of the list are interesting in terms of speed and potential. If you look closely, most are young, so they can evolve well over the course of their careers and seasons.

Premier League defenders are tall, strong and good at marking. The ten best defenders in the English league are distributed among the main teams, which is inevitable. Otamendi, Kompany, Sokratis, for example, were once among the best defenders in FIFA. Although they have lost a bit of Overall, they are still interesting and quality names.

Kanté is by far the best defensive midfielder in the Premier League and is next to the big names in the position of the entire FIFA 19. After him, players are losing a lot of Overall, unfortunately. Despite not being on the same level as Kanté, Fabinho and Fernandinho are good investments and good signings for any team.

The Premier League is filled with great midfielders. De Bruyne is the best of them, followed by the geniuses David Silva and Pogba. We cannot forget the veteran Özil and the young our language Bernardo Silva. There are styles of play for all tastes in the top 10 England midfielders.

With two names on the list, we can say that Liverpool are very well served with wingers. Salah and Mané have a great Overall and still have an evolution in Potential. Hazard, of course, is still the big name in the position. If you want new blood, there's Martial and Sterling. And let's not forget the elders Sánchez and Willian.

Harry Kane rose very quickly in his career at Tottenham. In FIFA 19 he surpassed Agüero and Aubameyang as the best striker in the game. If you want faster and lighter names, there is the Frenchman Lacazette and our countryman Gabriel Jesus, one of the most promising in the game. And let's not forget the near-legendary Jamie Vardy, who has given Leicester City an unforgettable title in previous seasons. 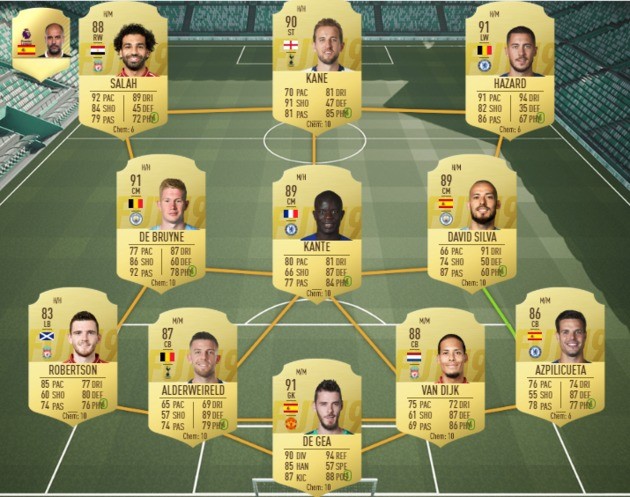 Chelsea, Liverpool, Manchester City and Manchester United: It was obvious that the FIFA 19 Premier League Dream Team would only feature players from these teams. As you can see in the image above, the team is powerful in all sectors of the pitch. There is plenty of quality from defense to attack, with a midfielder that paces the ball and thinks the game carefully.

Check now which are the best players by position in FIFA 19!

Find out which teams dominate in FIFA 19!

add a comment of FIFA 19: The best Premier League players by position