It's time to check the overall score of the greatest players in FIFA 19! All positions are important in the team and we bring you the 5 best goalkeepers, defenders, fullbacks, midfielders, midfielders, wingers and forwards.

After the World Cup, many players stand out and the scores have changed compared to FIFA 18. Every year, there are players that improve and others that fall. Check out the best FIFA 19 players that will shine on the gaming field.

If you're heading to FIFA 20, see the best players in the game by position! 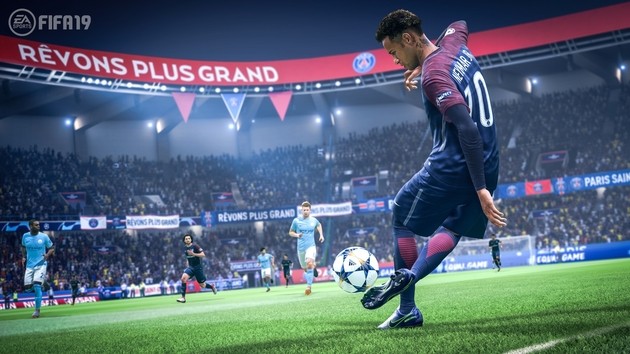 De Gea is the great winner of the elite of goalkeepers, surpassing the myth of Neuer who was the best goalkeeper for many editions of the game. Courtois, who moved to Real Madrid, and Slovenian goalkeeper Oblak are also great players with a score of 90.

Sergio Ramos is the most complete defender in FIFA 19. A true leader capable of stopping any striker. Godín and Chiellini are also the defenders that no striker likes to find in front.

Marcelo remains the king of the wings. Fast and very good at attacking, Marcelo is always a threat to rival teams. Interestingly, the top 5 full-backs in FIFA 19 are left-backs. Bayern Munich's Kimmich is the best right back and has an overall score of 85.

The defensive midfielders are the essential balance between attack and defence, and there is no better player than Kanté to do this task. He is very good defending, but he also has good dribbling and good passing to start an attack.

The midfielder position is full of stars and the highlights are Modric and De Bruyne. Two excellent players who shone in the World Cup and make all the difference to break any stronger defense.

The wingers are players with a lot of talent, fast and with a fantastic dribble. Neymar is the best winger in FIFA 19 and he has all these attributes very high. Salah and Coutinho had an excellent season and also deserve to be featured on this list.

The dispute for the title of the best in the world remains between Cristiano Ronaldo and Messi. Tied with the overall score of 94, the two players are the best in FIFA 19. A special highlight goes to Kane, Tottenham's forward, who has evolved a lot in recent times. 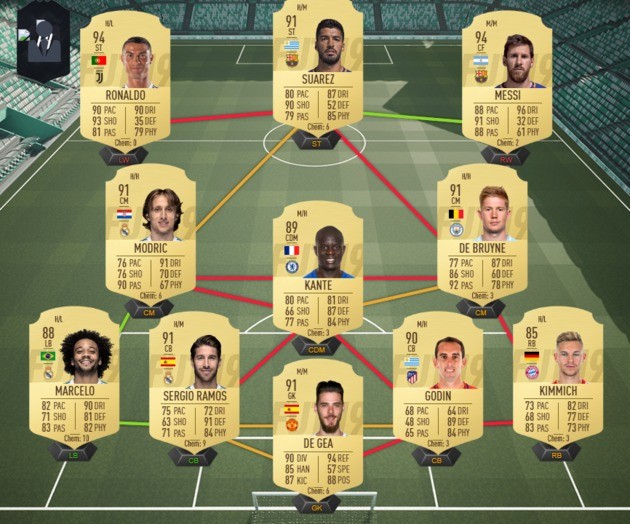 This team is every coach's dream in the world! Have you ever imagined what it was possible to achieve with this team? There are many other fantastic players and we could easily build 2 or 3 more Dream Teams.

Already know the best young talents? Check out the promising players of FIFA 19!

Have you chosen your team to play? Meet the 10 best teams in FIFA 19!

add a comment of FIFA 19: Meet the best players by position