Fallout 4: All 17 companions in the game and where to find them

Fallout 4 is a game that allows different styles of gameplay. However, it is a fact that it becomes much "easier" if you have your companions by your side. In English they are called companions, playing a key role in your survival and action experience in all game environments.

In this article, we present you a list of all the companions in Fallout 4. In addition, we describe them one by one and explain why they are useful to your character! 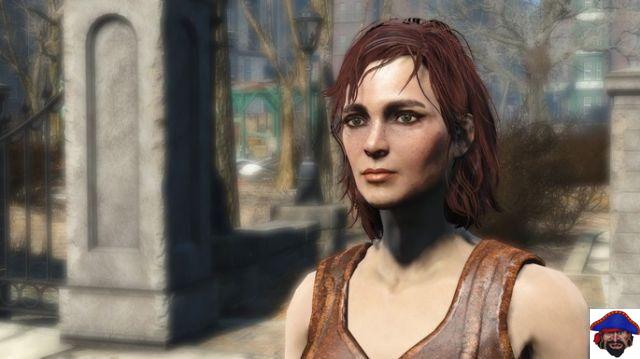 Cait is a former bounty hunter with a complicated drug addiction problem. Despite this, she is extremely skilled with firearms of the most diverse types, in addition to having a punch that can knock anyone out! It's an important addition to her team and you shouldn't let her go.

This companion enjoys everything that is morally dubious, such as drug use and theft. But killing isn't quite what she is and feels most comfortable doing. If you reach the maximum affinity level with her, you will gain the Trigger Rush perk. This gives you action point regeneration when your health is below 25%.

Where to find Cait: Cait is competing in the Combat Zone. Tommy Lonegan gives you his contract as soon as some raiders are eliminated. 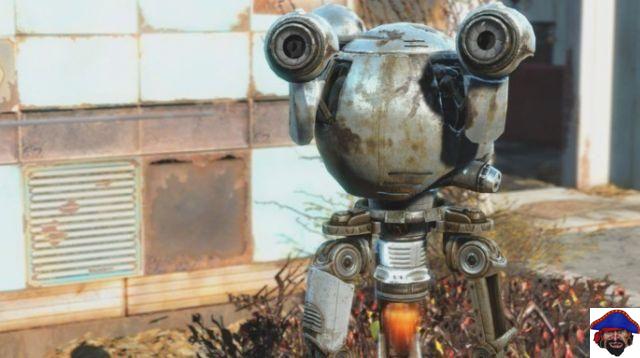 Codsworth isn't exactly strong, but he's useful, especially early on in the game. In fact, he's the first companion you get. Low-level Ghouls, Raiders, and Gunners cannot survive your heavy weaponry.

Unlike Cait, he hates selfishness, brute actions, and severity. He is "peaceful", enjoys generosity and will be happy to modify his weapons for you. It is ideal for players who will chart a moral path. You gain +10 resistance points against robots when reaching max affinity like Codsworth.

Where to find Codsworth: Codsworth is at his old home in Sanctuary. It becomes available after completing the Out of Time quest. 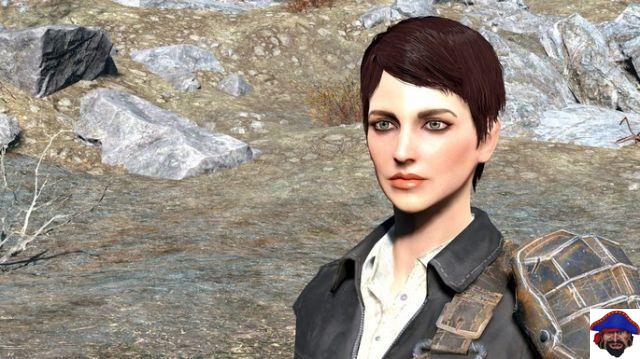 Curie looks human, but she's not! He is as robotic as Codsworth, but has more personality and much more attack power. His laser beam skill, for example, is very useful in any type of battle. If he reaches max affinity with Curie, he will gain +100 health once per day, but only when his health drops below 25%.

Many consider Curie to be one of the best companions in Fallout 4. She is tough, takes heavy damage and still takes a lot of health from enemies.

Where to find Curie: she resides in Vault 81. The Vault 81 and Emergent Behavior quests grant her as your companion. By the way, Curie is a romantic interest. 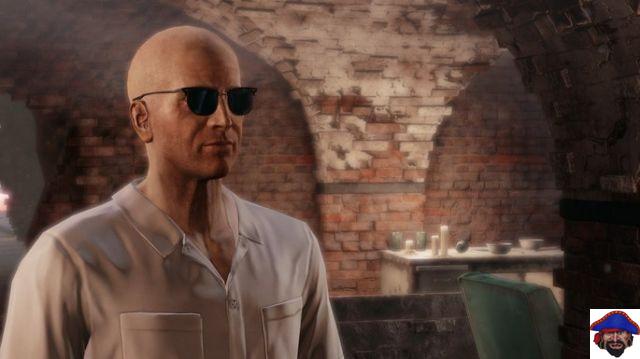 Deacon is the perfect companion for gamers who enjoy stealth gameplay. He doesn't like aggressive actions at all, although he has no problem with some morally questionable attitudes from time to time. Such as hacking computers and opening other people's doors.

It adds 20% damage to sneak attacks and increases Stealth Boys skill duration by 40% if you reach 100% affinity with it.

Where to find Deacon: once you start the Railroad missions, Deacon will become available. 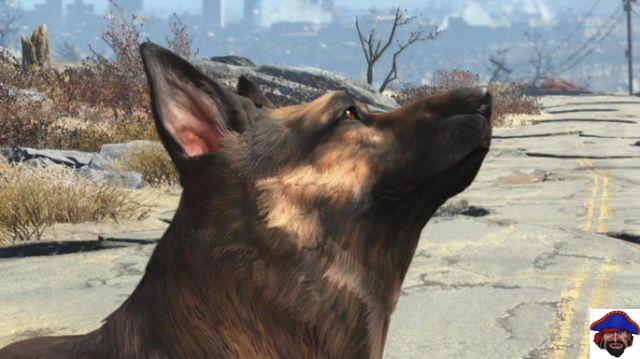 Dogmeat is a good boy, so he starts his relationship with you at maximum affinity. He is one of the first companions in the game, being found in Red Rocket. Dogmeat doesn't care if you kill, steal or have other bad attitudes: he'll love you as long as you're alive.

Despite this, it is not very useful in general. Sniffs out loot, yes, and even takes down some weak enemies, but nothing more. In other words, it's more to make the game a little cuter.

Where to find Dogmeat: in Red Rocket, at the truck stop. 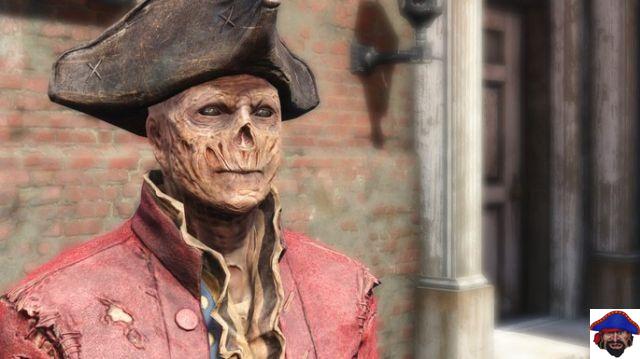 Hancock is a Ghoul, probably the only friendly one you'll find. It protects the righteous and punishes the wicked, making it ideal for fighting intense battles and developing deep conversations. Hancock grants you 20% more speed when filling your critical damage bar if you reach max affinity with him.

This Ghoul can even be a romantic interest. Especially if you, like him, like a lot of violence. 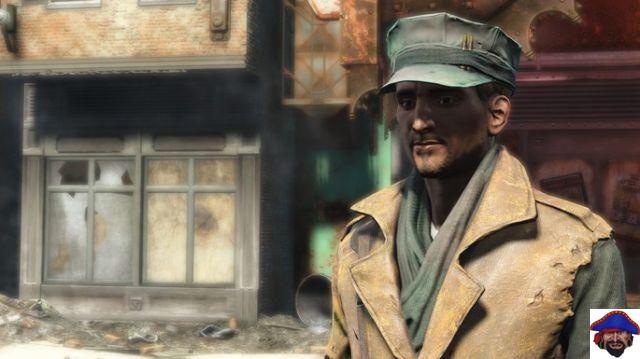 MacCready is a mercenary who previously appeared in Fallout 3. Once super violent, he is now more restrained, although he is still a fan of murder. Especially with his sniper, which makes him essential for players who want a more stealthy approach. Additionally, he is popular for having some of the best dialogue in the game.

Deals 20% more damage on headshots if you reach max affinity with it.

Where to find MacCready: at the Third Rail bar in Goodneighbour. Buy their services for 250 caps. 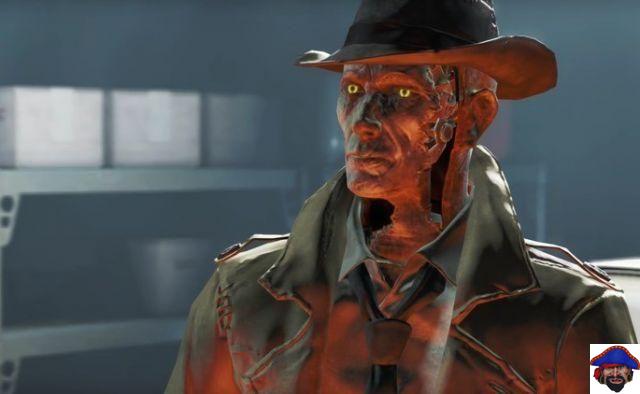 Another Fallout 4 companion that is a player favorite. Nick is a second-generation Synth, but with well-developed critical thinking. Incidentally, he is a great detective, mainly because he has hacking skills. In terms of combat, both in ranged fights and in physical conflicts he is quite useful.

To reach 100% affinity with him, complete the Long Time Coming quest. It adds an extra attempt when hacking something, as well as reducing the wait to retry a hack by 50% after a failure.

Where to find Nick: Vault 114 in Diamond City after freeing him from a gang. 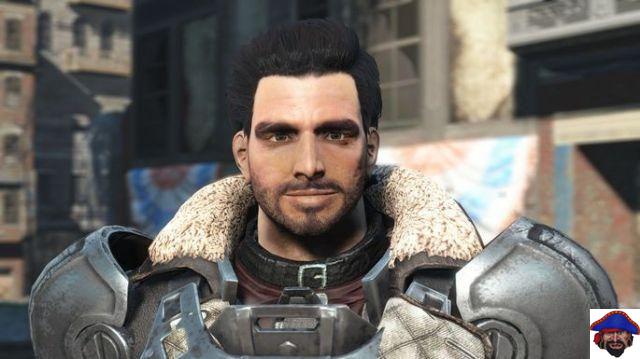 Paladin Danse has quite peculiar views on non-humans, almost as if he were "racist" towards other species. For this reason, he can cause you some problems in social relationships if he stays with you. But it's worth it because he wears a full Power Armor all the time.

If it reaches maximum affinity with it, it does 20% more damage against Synth, Ghouls and Super Mutants. As you can imagine, he is quite happy to beat up others, but he hates interacting with non-human NPCs.

Where to find Paladin Danse: complete some missions for the Brotherhood to make it available. 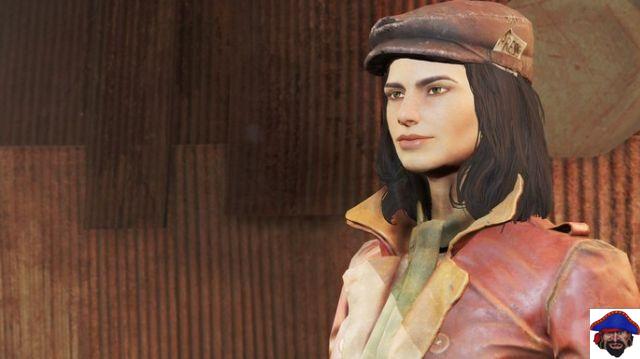 Piper is a journalist in Diamond City. She is, therefore, quite certain. She doesn't like crime, whether it's a petty robbery or a murder. So be on the line if you want to have her by her side. But it's worth it, because she's investigative, intelligent and has humorous dialogue.

Once you get maximum affinity with her, it will double your experience whenever you find new places or have a successful persuasion experience. Piper is another character that could be a love interest.

Where to find Piper: the first time you arrive in Diamond City. It should help her gain access to the city again. 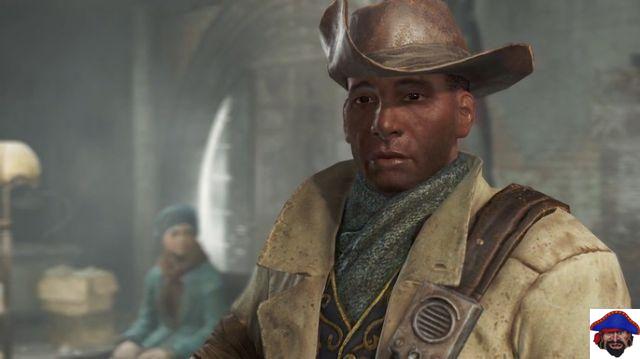 Preston is a gentleman, being one of the most straight-laced companions you'll ever have. All he wants is to spread love and generosity around the world, as well as restart his old faction, the Minutemen. This can even happen if you complete all of that character's quests.

You gain 20 points of resistance when facing two enemies at the same time, as well as 20% extra damage when you reach max affinity with that companion.

Where to find Preston: complete a missão The First Step, iniciada no The Freedom Museum. 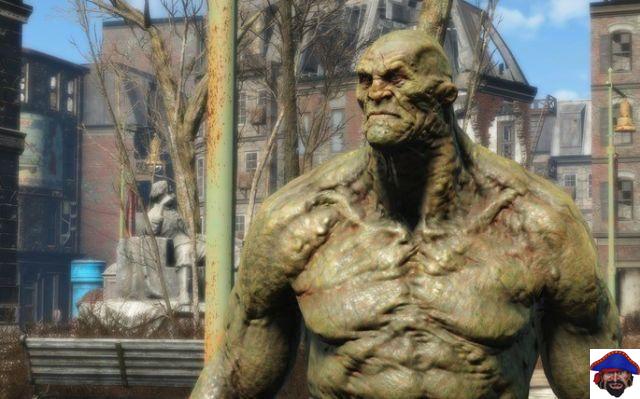 Strong is exactly what the name says: strong. Very strong. He is a Super Mutant that can deal with over a dozen enemies at once. He's a true tank, making him a perfect companion for anyone looking to play terror out there. In fact, he is the only companion that allows him to assassinate non-hostile individuals.

You gain 20% physical damage when your health drops below 25% if you reach max affinity. How to do this? Killing any living thing in front of you.

Where to find Strong: free him from confinement in Trinity Tower. 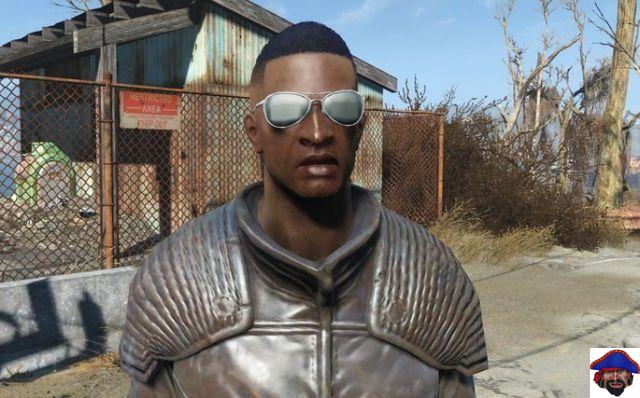 Don't expect much talk from this Synth. He doesn't like to talk, but he's a great fighter. X6-88 identifies enemies from a distance and has an above average skill with energy weapons. Unfortunately you won't develop a friendly relationship with this robot, which makes it practically only useful for battles.

X6-88 provides 20 points of stamina boost if you reach max affinity with it. This Synth doesn't like to help people and avoids interactions as much as possible, so try to be as lone ranger as he is to have a good relationship.

Where to find X6-88: at Institute Courser, Synth Retention Bureau or north of Nordhagen Beach. 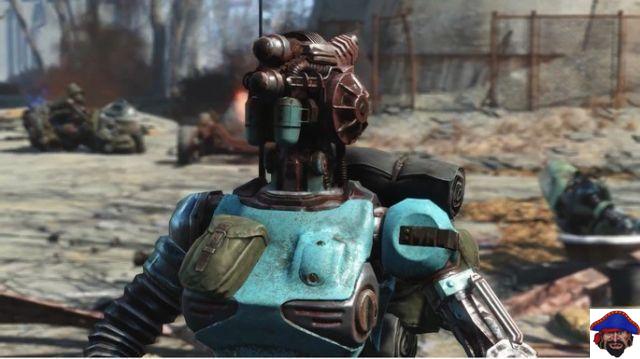 Like Dogmeat, Ada doesn't care about her actions. It doesn't matter if you're good or bad. Anyway, this robot won't give you any advantage. He only serves as a traveling companion, just like a German Shepherd. But his life story is very interesting, having a very tragic footprint.

Where to find Ada: heading northeast of Wattz Consumer Electronics, on the Mechanical Menace mission. 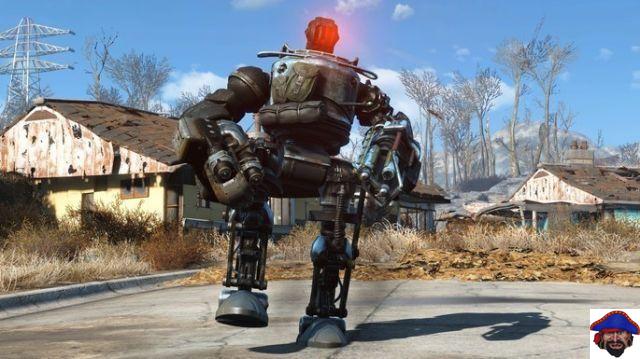 Automatron is a robot created by you. Using machine parts found around, you can assemble your own droid when you have your workshop to assemble these creatures. The customization options are the most varied, and you can even change the voice of your Automatron. 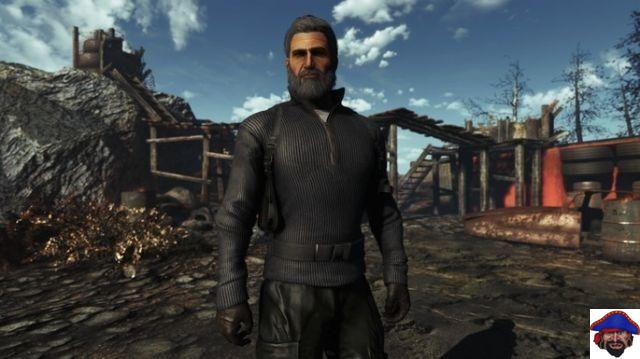 Old Longfellow is a guide and a hunter. His long-range shooting skills and his knowledge of Fard Harbor are extremely useful. He is generous, enjoys helping others and is a fervent enemy of the Children of Atom. If you want maximum affinity with him, don't commit random murders and always side with Far Harbor.

If successful, it will reduce damage taken from animals and sea creatures by 25%. 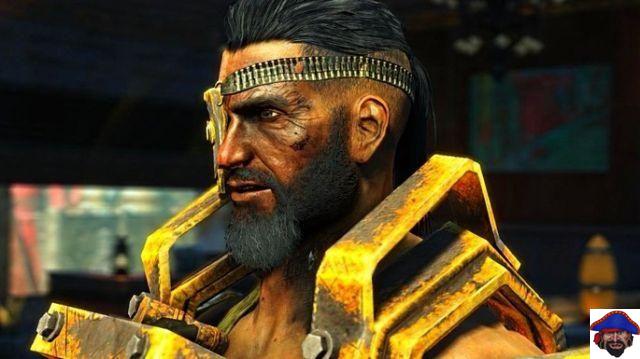 Porter Gage is a Raider, but don't worry, no one will try to attack him if he's with you. You can already imagine that he is VERY fond of violence, becoming a fan of his after you commit two or three murders together. But the old assassin doesn't like helping out in settlements, which can be a problem for some players.

If you get 100% affinity, you gain 5% more experience for each kill you make, plus 10 points of permanent energy damage.

All Fallout 4 PC and Console Cheats

Audio Video Fallout 4: All 17 companions in the game and where to find them
FIFA 18: Check out the top 10 players by position ❯

add a comment of Fallout 4: All 17 companions in the game and where to find them