Everything you need to know about patents in CS:GO!

The path from Silver 1 to Global is a long one. To get there, it's important to know how the patent system works and what it takes to move up in competitive CS:GO. Unfortunately, Valve never revealed many details about how this ranked system works, but there is still a lot of information that helps to better understand its mechanics. Check out several important details below that will help you rank up!

The patents below apply to Competitive Mode and Right Arm Mode: 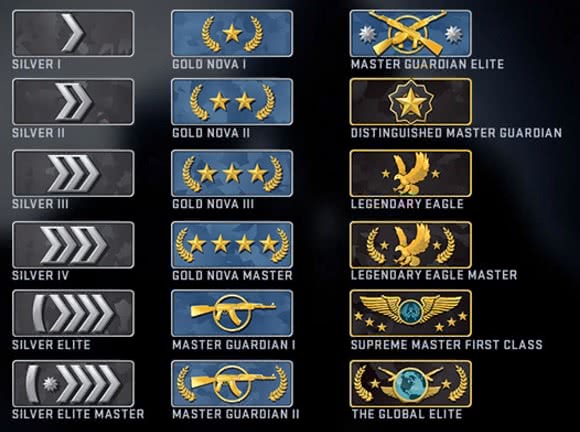 The order of 18 ranks starts at Silver I and goes all the way to Global Elite, where the best players in Competitive CS:GO play:

There are also two rank "statuses" that are not ranks themselves:

Called the "Unknown Skill Group" in-game, this is your status before the game sets your first rank (read more about this below). After 10 ranked matches, you will receive one of the above ranks.

Even if you already have a patent, it will expire if you go 30 days without playing a ranked match. To get it back, all you need to do is win a single ranked match at any given time. However, there is a chance that you will receive a lower rank than the expired rank. Within the game the official nomenclature is "Expired Skill Group".

How to get your first patent

If you're still level 1, you'll need to play a few matches in any of the modes available to you (Casual, Deathmatch, Right Arm, etc). Once you reach level 2, Competitive Mode will be unlocked.

After gaining access to Competitive Mode, you only need to play 10 matches in it. During this time your rank will be shown as "Unknown", but the game will still evaluate your performance in each match to determine your opponents. This means that even without a visible rank, if you win the first 7 matches, for example, you will be able to enter matches with very high level players. That way the game can more accurately assess your level, and then define your rank after the 10th game.


There is also a "security system" that allows you to win only two matches a day while you don't have a rank. The objective is to prevent players from forming closed groups to circumvent the evaluation system and obtain high ranks quickly. So your first patent will take a few days to come out.

Lastly, your first rank will never be higher than AK 2 (Guardian Master 2).

How to get patent 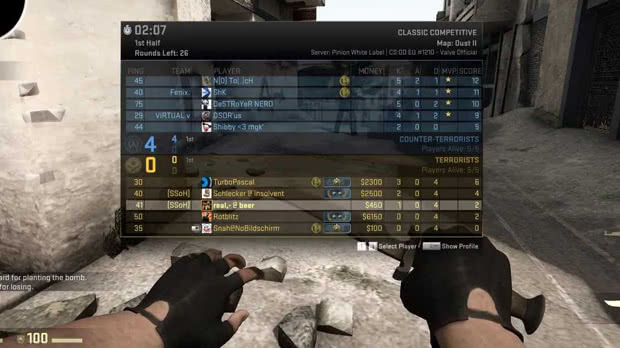 As a way of protecting the integrity of the system, Valve does not disclose extensive information about the calculation of scores for up or down patents. However, one thing is certain: you will only go up in rank by winning! This means that your individual performance in the match is much less important in defining your rank than the success of your team.

These rules lead us to the following conclusions:

Contribute to the team more than anything: Avoid playing in an individualistic way as your performance will be useless if your team loses.

Try playing with closed groups: the more friends you have to play with, the better. This helps communication and increases player chemistry.

Distribution of players by rank around the world

Reaching the highest ranks can take a long time and you will have to play a lot of matches to slowly rank up. Don't be discouraged if you are in low ranks, as only a small percentage of players manage to reach ranks, as you can see in the chart below:

In 2022 Valve surprised by launching a Battle Royale mode within CS:GO called Danger Zone. After a few months, the mode received its own patents, also based on player performance: 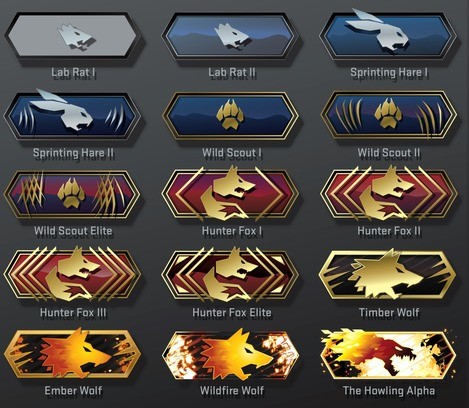 However, ranks in Danger Zone mode are much less important as the game does not distinguish between players when it comes to forming matches. Thus, players who are in the "The Howling Alpha" rank can very well play against "Lab Rat I" players.

Unlike in Competitive Mode, rank progression in Danger Zone is much faster. Including, it is not necessary to win to earn points. The better you rank, the more points you will earn.

The 5 best CS:GO training maps and how to install them!

8 essential tips for any CS:GO beginner!

CS:GO: how to make the best aim and customize it!

How to change the crosshair in CS:GO: 4 ways to customize yours!

add a comment of Everything you need to know about patents in CS:GO!