Don't Starve Together: The 7 Best Tips for Beginners

Don't Starve Togheter is definitely not an easy game for beginners. The game has no tutorial and leaves you alone to discover all the secrets of characters, items, monsters, etc.

With that in mind, here are 7 essential tips for you to start Don't Starve Togheter the right way. At the end of the article you will have all the main information so you don't fall into the classic mistakes of the game and, with luck, survive a few weeks. Check out!

1. Know the advantages and disadvantages of the characters 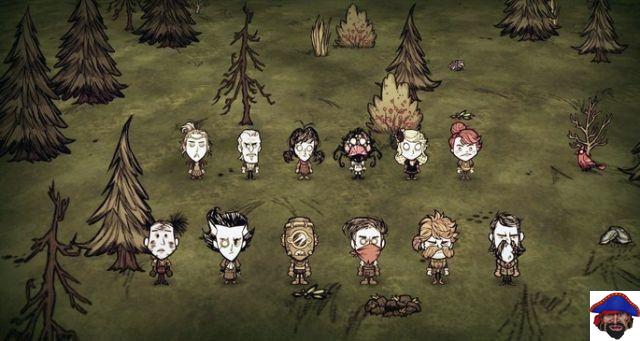 Don't Starve Togheter has a few controllable character options, each with their own characteristics, advantages and disadvantages. Knowing the character of your choice in depth is essential to survive, mainly because many mechanics are not explained by the game in any way.

Check out our complete Don't Starve character guide and choose the one that suits you best.

2. Use the first few days to explore (and set your base wisely) 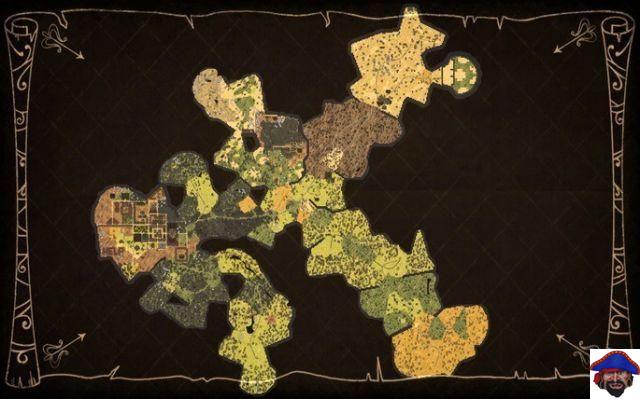 The Don't Starve map is generated completely randomly every time a new game is started. So memorizing the location of things and thinking you've learned something is not an option.

For this reason, at the beginning of every game you should use the first days of the game exclusively to explore the map. Walk as much as possible (even at night) until you locate the main biomes needed to farm the resources and then set up your base at an intermediate point between them.

Generally, the best place to set up a base is as close to the following biomes as possible:

The beefalos are your allies

After discovering the location of the main biomes, establish a base somewhere in between, but also prefer to stay close to the beefalos.

Beefalos are neutral mobs that are very useful for farming manure, meat, and wool. They also serve to defend you from attacks by dogs (hounds). For that, you just have to attract the enemies close to the beefalos and they will enter into combat.

Caution: Beefalos become hostile when they are in the mating season.

Be sure to farm while exploring

While the main purpose of the first few days is exploration, be sure to farm essential materials along the way. You don't have to waste time in the same place farming many of the same materials. Collect just what you need to spend the night, craft basic tools, and eat.

3. Divide the tasks and farm in bulk 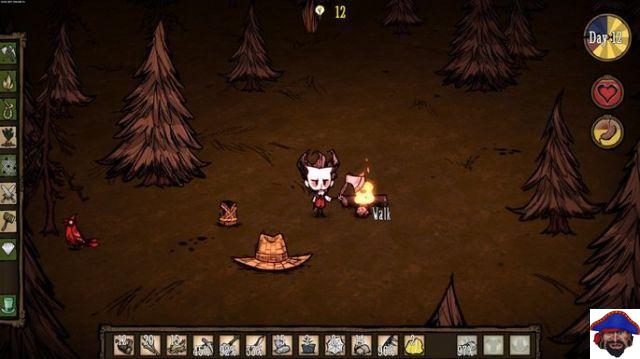 There is no need for players to always stay together in Don't Starve Togheter. The main advantage of the game is precisely the possibility to divide tasks and farm optimally. While one player is mining, for example, another player kills mobs or cuts down trees.

Another important information about the farm: gather MANY of the same items. Never seek only what you need at the time. To make it easier, create objectives for each off-base expedition, each to farm a different item. If you are already in the forest, for example, why pick up a few logs? 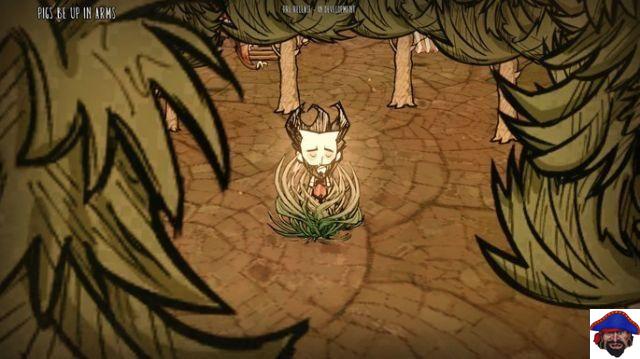 Sanity is the most tricky attribute for players new to Don't Starve. While Health and Hunger are pretty intuitive, Sanity is affected in many unpredictable ways that can really get in the way of survival.


The list of actions that decrease Sanity is very long. Eating raw food, getting into combat, staying up all night, and getting rain are the most basic examples. So, check out the main ways to retrieve the attribute:

Try to keep your Sanity high. You never know when something upsetting might happen. Don't live on the edge.

5. Get ready for winter (seriously) 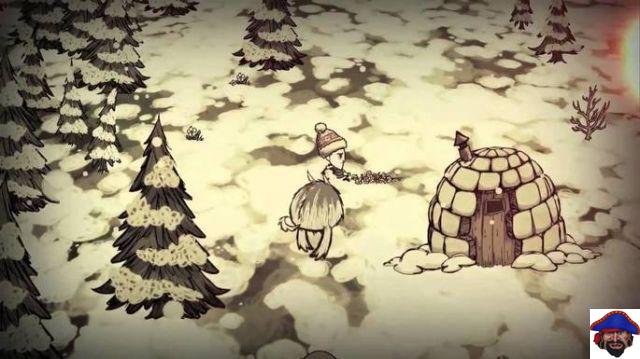 If you're a new Don't Starve player, you're probably just worried about getting through each day. However, you should know right away that, with each passing day, the most difficult mode of the game approaches: winter.

The main features of winter are:

To survive all this, you need to prepare properly in previous seasons by stocking up A LOT of food, especially honey, which slowly spoils.

Other measures you should take during the winter are: 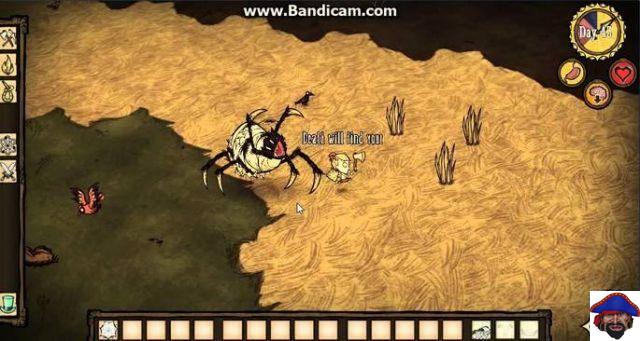 Kiting is a combat technique used in many other games and especially useful in Don't Starve Togheter. Basically, it consists of attacking while retreating.

Kiting works for all mobs in the game, even Deerclop. To perform it, just pay attention to the monster's attack animation, retreat just enough to not take damage, and then come back and attack.

Each mob has its own timing for you to kaitar. Some allow you to do multiple hits at once without retreating, while others only allow 2 hits. The secret is to find this number as soon as possible when encountering new monsters. A well-executed kiting allows you to kill strong monsters even if you are poorly equipped.

Don't Starve is a game that revolves around hidden mechanics. There is no tutorial and the game gives very few hints about what is and is not possible to do. It's impossible to compile all the necessary tips in one place, so the best way to learn is to play.

Over time you gradually discover the hidden features of the game and progress becomes easier. Do not give up!

add a comment of Don't Starve Together: The 7 Best Tips for Beginners