In this article you will know all the main information about Cubone in Pokémon GO to use it in battles! See your weaknesses, advantages and what are the most powerful combinations of attacks to use in raids or to defend your gym! 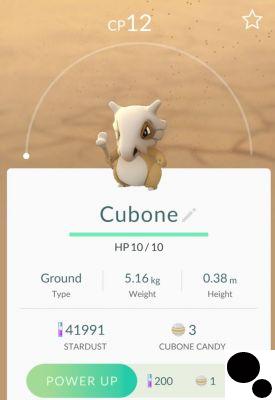 Cubone is a Ground-type only, which means it has some advantages and disadvantages over certain types of Pokémon when it goes to attack them. Knowing this is critical before deciding whether to put him in a battle or face him as an adversary.

For example: Cubone deals 160% less damage when attacking Grass, Ice, and Water-type Pokémon. But it does 63% more damage against Stone and Poison, while against Electric it does 35% more.

Evolution of the Cubone 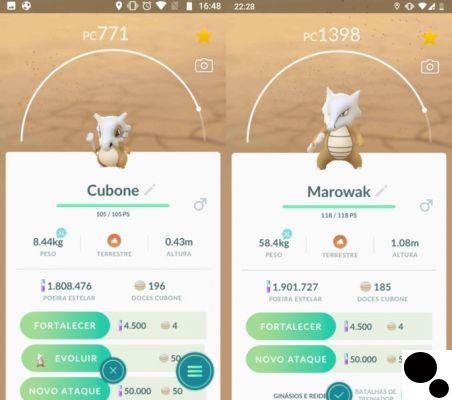 Cubone evolves into Marowak. In this case you need 50 Cubone Candies to unlock the evolution. At Pokémon Game Info you have a calculator that lets you know what CP (Combat Point) your Marowak will have from your Cubone's base CP.

Cubone doesn't have many attacks. It's just two quick attacks, but five main attacks. See below:

If defending a (defensive) gym:

If you want to attack a Pokemon in a raid, below are the 10 weakest against Cubone, which take 30% more effective damage than normal if using the offensive move set above:

There are several strong Pokemon to use against Cubone in raids. In fact any Pokémon belonging to one of the types mentioned above in Cubone's weaknesses are good against it. However, there are some that are better, which we show below in a Top 10:

add a comment of Cubone: evolution, attacks and advantages in Pokémon GO