Knowing how to create the perfect deck is one of the most frequent problems for Clash Royale players, especially newbies. There is no perfect formula, however, some cards work better than others, depending on the playstyle and arena you are in.

Check out several very effective decks for each of the arenas, as well as some tips on how to improve and do well in the game! 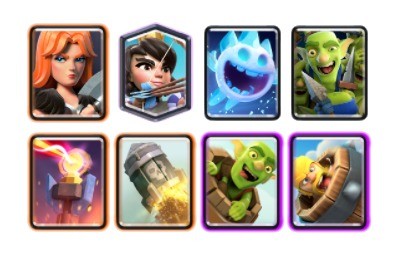 Log Bait decks force your opponent to use spells to protect themselves. Here, you find a more defensive deck, but it also features balanced cards capable of holding a good attack. Combine the Valkyrie with cards from many units, for example the Goblin Gang. The Inferno Tower can also help with enemy damage if combined with good defense. 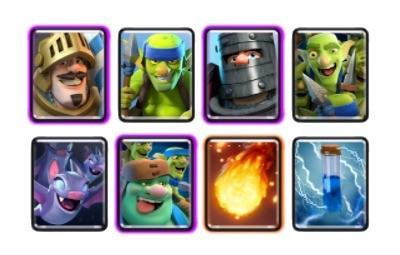 The Giant Goblin is the star of this deck and it's no accident. It can be used for both strategic attack and low-cost defense. When the Giant Goblin is eliminated, the Spear Goblins will continue to attack. Combine with Zap to stun enemies and gain the upper hand. It is a very versatile deck, as it allows you to adapt to the opposing player. 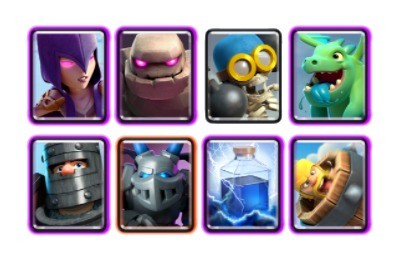 Scare your opponent with a powerful Golem. It goes straight to the opposing building, with moderate attack points and tough health. Place a Witch behind him to serve as an offensive support while summoning some skeletons. The Baby Dragon, in its air attack, can also help to deal direct damage to turrets. 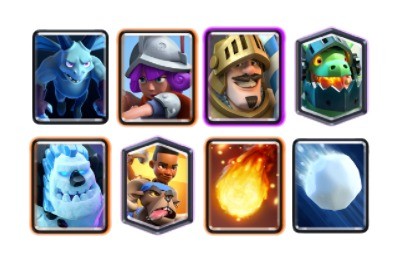 A Bridge Spam deck has enough cards to attack and defend quickly, compulsively placing multiple units in the arena. Most of the time, it has a fast cycle. It is an admin deck, where you have various options and alternatives needed to deal with different game modes. Spam the Minions, Musketeer and fearlessly overdo the spells. The Tamer will grant a quick attack to the opposing troops, bit by bit. 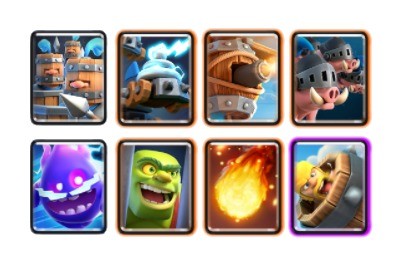 Another deck for those who like intense matches. Royal Pigs are great for the early game rush, gaining the upper hand by hitting turrets directly. The Flying Machine can serve as a support for long-range attacks. 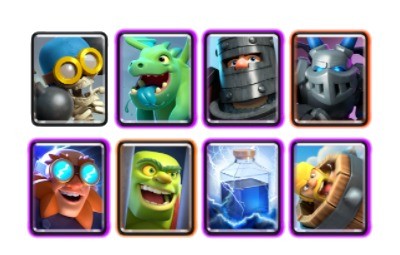 The Electric Giant takes the lead role as an offensive card in this electrifying deck. Resistant and with direct attack to the towers, it can also defend itself by ricochet shocks in the opposing troops. Despite that, he doesn't forget to ensure good escort and defensive support every time he uses it. 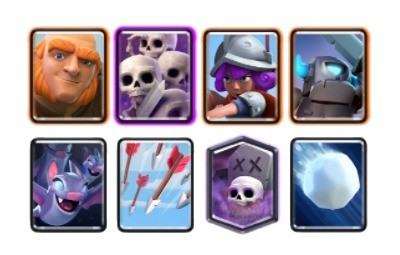 Created by the Kennedy Clash, Graveyard Giant is a very powerful and versatile deck. Start by rushing the Giant and Skeleton Army to deal some direct damage to the turrets. Arrows and Snowball are support spells, so don't forget to save some elixir to use whenever you need them. Conjure the Graveyard in the last moments of the game!

Final report: The Graveyard card is unlocked at Arena 12. You can replace it with the Barrel of Goblins card. 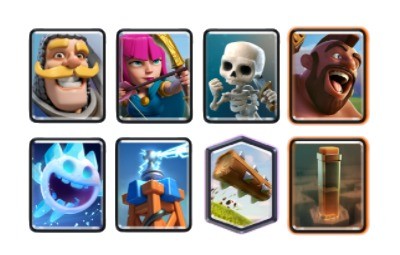 The combination of Runner and Earthquake is fatal. While Hog Rider directly attacks buildings, Earthquake destabilizes troops. Ice Spirit requires little elixir and is relatively tough, helping to spin the deck's cycle. If placed in front of Hog Rider, it will cripple opposing troops for the main attack on turrets.

Final report: The Earthquake card is unlocked in Arena 12. You can replace it with the Fireball spell card.

Tips for improving your decks

Know your strengths and weaknesses

The best way to find out what your deck's weaknesses are is to use it in battle. Therefore, you should play against several players to see what your biggest difficulties are. Don't be discouraged if you can't win the first few games. Keep testing the cards and trying out different game tactics.

Once you understand what your best cards and playstyle are, make the changes you deem necessary. Whether trading the most vulnerable cards or changing the game's strategy, that decision is entirely up to you!

We often forget about spells and focus only on offense and defense. However, spells are fundamental to defining your strategy, becoming the key to victory. Ideally, have two or three spells in any deck you build, one cheaper and one more expensive but more powerful. If you choose three spells, choose one expensive and two cheap, to help control the game better.

Cards like Fireball, Arrows, Poison, Zap (Shock) are very useful and popular. They work really well for getting rid of Minions and other annoying enemies. Others also widely used are Barrel of Goblins and Barbarians, as they manage to infiltrate the opposing zone.

Try and match new cards in the deck

Try, try and try. Decks are flexible and the best card combinations can vary from player to player. Understand exactly what card effects you need and make the combinations you think are necessary to get stronger when played. For balance, it is recommended to have about two or three cards combined for defense and an equal number for offense, but this can vary depending on your strategy.

Discover all the powerful legendary cards in Clash Royale

Discover ALL Clash Royale cards and their main functions!

Clash Royale: Check out the best Arena decks 1 to 8!

See how the chest cycle works in Clash Royale!