Farming is a term widely used by gamers, especially in games like Clash of Clans. This practice consists of strategies to obtain resources from other players, in order to reach an amount needed to make their upgrades. There are many methods to accomplish this, although not all are efficient.

That's why in this article we are going to give you some good tips to "farm" correctly in Clash of Clans. All address completely legal aspects and allowed by the game system, therefore not being cheats. Check out!

The basic rule of good and productive farming is not wanting to get and loot everything at the same time. Likewise, your focus is on gaining more resources than you already have, not losing what you have in store. So why invest a lot in creating a troop if you are not going to get a profit rate? There's no point in spending 2,000 Dark Elixir to farm the same amount.

So focus and understand what your priorities are. Know, for example, that you can't loot Elixir and Dark Elixir at the same time. Focus only on one, preferably the one that will be really useful to improve your base.

2. Choose the right Leagues to farm

A very important point about loot in Clash of Clans is that you can't help but pay attention to the in-game Leagues. That's because every attack you make in multiplayer will be rewarded with resource bonuses if you belong to a League. Even revenge attacks are rewarded. And of course: the bigger and harder the League, the bigger its rewards.

The bonus depends on how much damage you've done. That's why those who have the strategy of just focusing on the resources they need and leaving, may end up missing a very good opportunity to get rich. In the Crystal League, for example, it is possible to obtain up to 400 thousand in resources, in addition to 2 thousand in Dark Elixir. This is estimated for each successful attack.

According to League rules, at least 70% of the enemy base needs to be destroyed to get maximum loot.

3. Keep an eye out for the Star Bonus

The Star Bonus is a feature that allows you to earn extra resources once you reach five or more stars in online multiplayer battles. The amount of resources depends on the League you are in, so it's really important to try to reach higher Leagues as soon as possible.

An important detail about the Star Bonus is that there can be two at the same time. Any extra stars left over from the first will revert to the second. After that, you have to wait 24 hours for new bonuses to become available.

You can pay an amount of gold to view enemy villages. This is great for figuring out which ones are shielded and which ones are not. This tactic also allows you to see if there are collectors outside the walls of other people's bases. If your goal is to farm resources, using this to your advantage is essential.

There are those who do not approve of this type of tactic, as it is tied to looting and giving up the raid, which causes a loss of trophies. Losing trophies still lowers you in the rankings, so keep that in mind before taking this route.


5. Assemble the best troops to farm 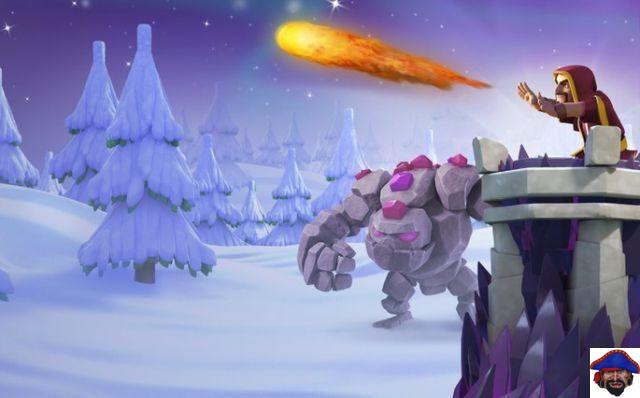 The most important part of farming in Clash of Clans could not be missing: the troops. There are several combinations you can make, depending on your playstyle and your objective when trying to loot. Some possibilities are using only archers and barbarians or archers and giants. See a little about each one:

Archers and Barbarians are a combination that does a lot of damage when performed. Try making half, half, being 100 units of one, 100 of another, for example. As they are cheap troops, you don't invest as many resources, and you can have a great profit after looting.

The giants have the function of acting as tanks. They make up the front line, while the archers take cover behind them. Of course, the amount of troops you can take on an invasion depends on the camps you have. Anyway, the idea is always to have a ratio of 8 archers to 2 giants.

Hogibarch is a troop formation tactic that requires a Town Hall that is at least level 7. That's because it uses a unit called a runner. Let's say your camp space is 200: divide the troop into six runners, twenty giants, thirty archers, thirty barbarians, and five wallbreakers.

An unusual troop composition. Needs to be from Town Hall level 8. Regardless of your camp, take thirty balloons. The rest can be made up of servants.

Gobarch is an improved version of Barch. In addition to the adhesion of the goblins to the barbarians and the archers, we have the possibility to carry a very specific spell, to increase the offensiveness of the troops. The spell will be the jumping spell, but it can also take healing and fury spells. If you want, add 10 wallbreakers to your composition.

Remember that you can always customize these troop models. There are other good units and spells you can take with you on a raid. Lightning and earthquakes are examples of this, especially if they are at a high level and if your goal is to obtain Dark Elixir.

add a comment of Clash of Clans: learn how to farm correctly