The Town Hall is the most important part of your base in Clash of Clans. No wonder if it is destroyed in a raid, you lose the battle, immediately giving the enemy a star. But its importance does not stop there. You need to constantly evolve your Center, as this is the only way to unlock new units and new buildings to progress in the game.

In case you have any difficulties in managing your Town Hall, we have prepared here a complete guide on the subject. First, you will learn which location on the base is the ideal place to place this building if you want to protect it at all costs. We also bring you all the information and curiosities about the Center and how to make the most of this building. 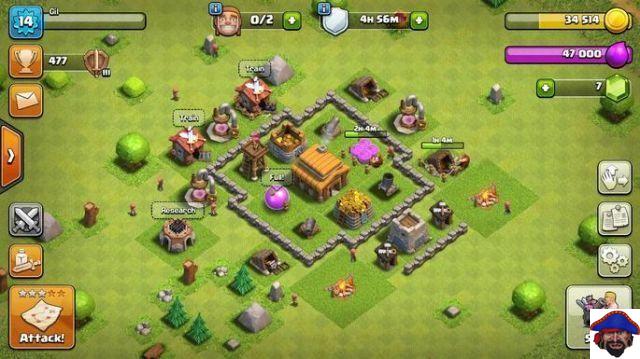 You'll hear and read a lot about the best Town Hall defense layouts. Foundation design is important, of course, but relying on them can lead to the opposite result. More experienced players know how to identify a pre-established layout, so the ideal is that you assemble the base in a unique way.

For this to be successful, it is necessary to take into account that the Town Hall is its most important building. That's why the entire base needs to be built thinking about giving it maximum protection. It's no wonder that if opponents can't destroy a Center, they only get one star.

Where to place the Town Center at the base?

Always place the Town Hall in the central part of your base. It is a mistake to think that placing the Town Hall in a corner, surrounded by walls, is effective. This makes it easier for enemy troops to stay close to the building, as their path will be shortened and there will be fewer obstacles.

Like the walls, this building has the most hit points. In fact, it takes a long time to be destroyed if there isn't any kind of defense between it and the attackers. The ideal, therefore, is to surround it with your best defense units, so that they can repel the offensive before the destruction.

Finally, a good idea is to place the clan castle near the Center. This is a tough and strong defense unit that will surely help protect your Town Hall.

All strategy games in the Clash of Clans genre allow units and buildings to evolve internally, in addition to the evolution provided from the base Center. This is very important in Clash. Not paying attention to this will cause you to end up suffering some defeats that you wouldn't want.

The correct thing is to evolve everything in each level of the Town Hall. Not letting towers, depots and attack units be on the same level as the Center is risky. It will take you a long time to pair everything later. Also, both defending and raiding will be more difficult with low power troops.

Giga Tesla must be at maximum level

When your Town Hall reaches level 12, it will get a completely different look. It will be mostly blue, which means you have unlocked the Giga Tesla. The Giga Tesla is one of the best defenses your base can have in Clash of Clans. That's because the Giga Tesla allows your Center to defend itself unaided.


This is activated the moment the Center is attacked or if the base destruction reaches 51%. The Giga Tesla's firepower is very high, in addition to being aimed at three or four different enemies at the same time, as long as it is evolved to the maximum level, which is 5.

The Giga Tesla's only problem is that it attracts enemies to the Town Hall when it activates. So even though it's powerful in its own right, keep as many defense units as possible close to the Center. Also, when a level 5 Tesla is destroyed, it explodes, dealing heavy damage to all nearby enemy attacking units. 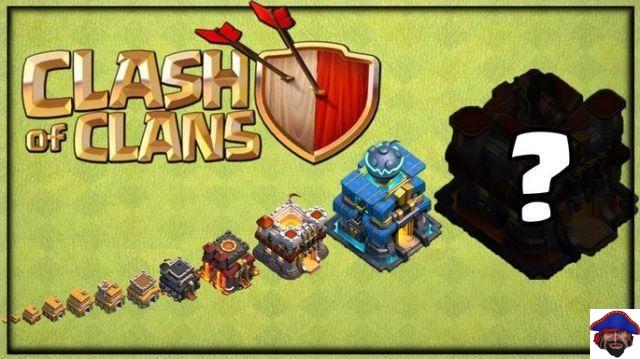 For those who are just starting to play and even for those who already have some experience with Clash of Clans, it is important to know which buildings you can build in the game. As each level unlocks new possibilities, it can get confusing if you don't have a clearer way to visualize it.

In the table below you can see exactly what you can build on each level of the Town Hall.

It's not enough just to know which buildings and constructions are available on each level of the Town Hall. Even if it doesn't look like it, it's very important to know your Center's statistics. For example: how long does it take for your Town Hall to evolve from level 11 to 12? How much experience do you gain with each evolution? Check out the table below!

In addition to the Elixir, Dark Elixir and Gold deposits, the Town Hall also keeps good amounts of this resource inside. Incidentally, it's no wonder that the Town Hall is a priority target of raids led by players who want to get resources. See how much you can store in the Center in order to prepare for enemy attacks.

Key facts about the Town Center 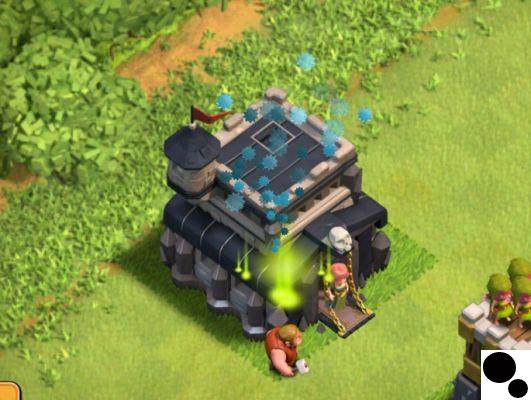 There are some truths about Town Hall that Clash of Clans doesn't explain, at least not explicitly. Some of these facts are unknown even to the most experienced players. So pay attention to the list below:

See 6 tips to detonate in Clash of Clans!

Discover all the strategies to resist invasions in Clash!

Find out which are the best layouts for your base.

Audio Video Clash of Clans: Everything you need to know about Town Hall
Clash Royale: Check out the 8 best decks from Arena 9 to 12 (2022)! ❯

add a comment of Clash of Clans: Everything you need to know about Town Hall