Check out the best character combinations in Free Fire

In Free Fire, it is possible to combine the skills of four different characters. Depending on your playing style, some combinations are more effective than others. Check out our guide and learn how to create the best Free Fire warrior using your characters.

These combinations work best for solo players and therefore need every advantage they can get when jumping into combat. 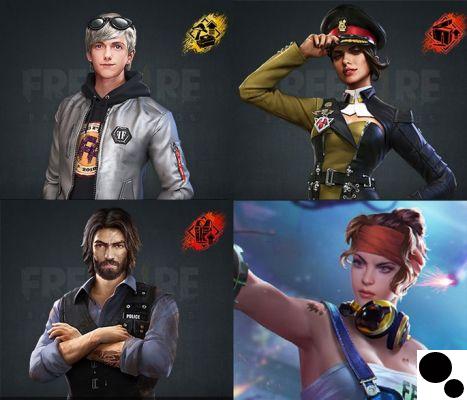 This combination is made with balance, focused on survival. Here, you combine Andrew's increased protection with Paloma's ammo-carrying capabilities. Maxim's abilities let the player heal his health quickly, while Shani uses her powers to recover the armor. 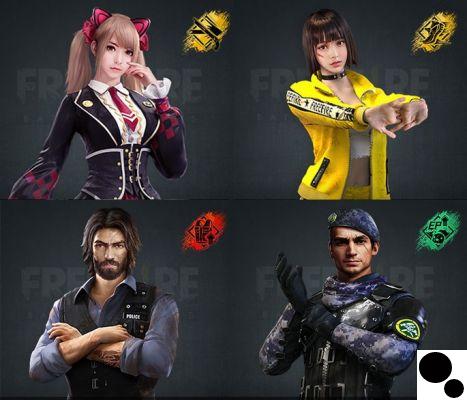 If you like to rush, you need to be resistant to bullets, fast with medium-range weapons, and be able to recover from the fight quickly. This combo is for aggressive players, who seek kills without fear, quickly. Caroline or Nikita are good options to improve your reload time while Kelly helps with her great speed. Andrew always offers some protection and Miguel recovers his energy if he gets kills, which is the goal of any rusher. 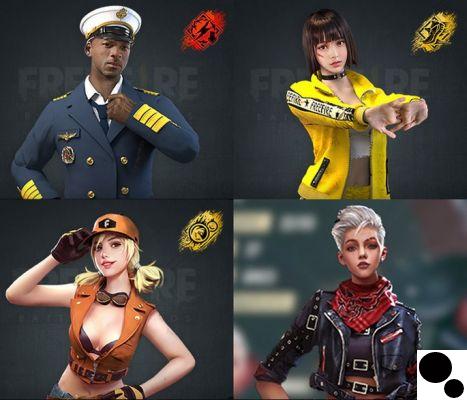 This combination is for more strategic players, who prefer movement to aggression, prioritizing better ranked scores and not so much eliminations. Ford allows more resistance to gas, in the first moments of the game, allowing the player to loot with more time. Kelly is the fastest character, though her skill needs to be maxed out to be really effective. If you prefer to use vehicles to always stay safe, Misha is irreplaceable. By adding Notora, it is possible to heal yourself simply using a vehicle. 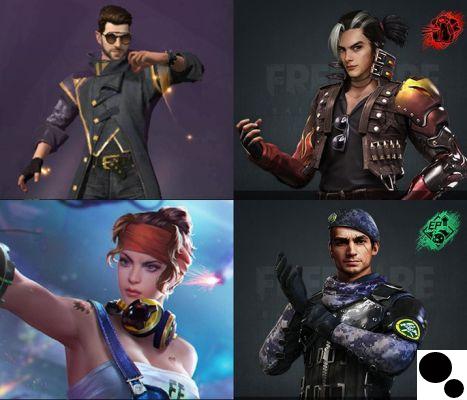 This combo is for fighting and surviving. Using Alok the player can move faster and regenerate their HP while fighting. Hayato's deadly skill with Miguel's skill leaves the player a chance to risk it all and, if successful, recover. Shani regenerates the vest, between fights.

These combinations depend on the team to be effective. If you usually play with a friend or squad in a fixed way, these character combinations try to maximize the team's effectiveness. 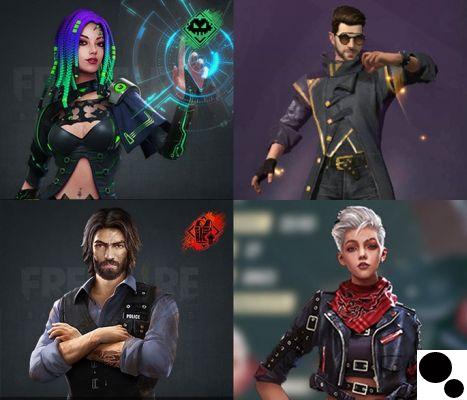 If you are normally the boss of your squad, this combo allows you to quickly identify enemies for the rest of the team, using Moco's ability. If transporting your squad in a vehicle, it is ideal to have Notora, to heal the team. Alok and Andrew's ability allows them to stay in play longer, healing quickly and/or taking less damage. 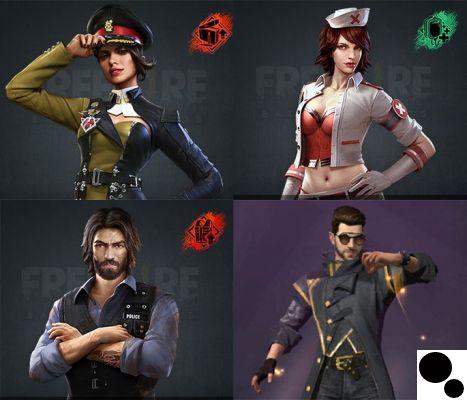 This is a good combination for a role of médico do Squad. Alok lets the player move fast and heal their teammates on the go. Olivia is more effective at healing, recovering more health, faster. Paloma's ability leaves the player with more inventory space to carry Medical Kits for the rest of the team. Andrew offers some protection, but you can replace him with Notora or Mischa if you prefer to use vehicles. This combo works even better if the player picks up a treatment pistol. 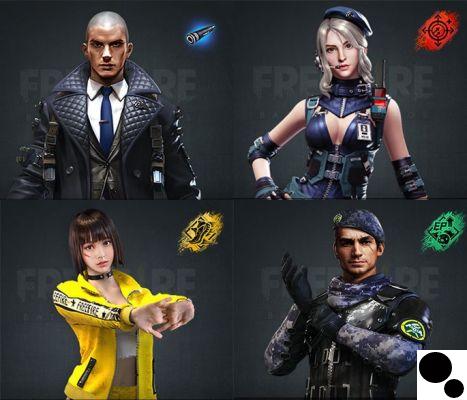 This combo is for the Squad sniper. With Rafael, the player shoots silently for a few seconds and Laura allows for greater accuracy. Miguel's ability allows him to recover some health with each elimination. Kelly allows the sniper to move fast. She can switch to Alok, which despite being slower, works well with her healing aura. If you like rushing, this combination isn't very effective.

Maximum: Can eat mushrooms and use medkits in less time.

Wukong: Camouflages itself in bushes.

Mucus: Identifies enemies for a few seconds after shooting them.

Hayato: The lower the HP, the more damage your attack does.

A124: Convert some EP to HP. This ability is character fixed.

Alok: Creates an aura that increases speed and heals both the character and teammates. This ability is character fixed.

Shani: Repairs the vest with each kill. If it takes no damage, the vest increases its level, up to 3.

Notorious: Recovers 5 HP every 4.5 seconds from player and allies whenever inside a vehicle.

As you can see, there are characters that we didn't put on the list. There are several characters whose skill doesn't make as much difference as, for example, Kla. Despite killing with just one punch, outside of the first few moments of the match it's a practically useless skill, unless you're playing with a bot.

Also, matching characters depends on your playstyle. Try different characters you haven't seen in this guide and come up with your own combination. The important thing is that it for you. Remember that just combining characters is not enough, you have to master your weapons well, know the maps and be the last survivor.

Audio Video Check out the best character combinations in Free Fire
Check out the 10 best fighting games for PC in 2022! ❯