In the last year, world football has had many surprises and FIFA has updated the teams well. There are rosters that you know are the best, but Top 10 rankings have interesting changes.

Every year, the best football teams change and FIFA keeps a close eye on everything to do well in the rankings. There are players that evolve a lot in a year and others that fall short of expectations, affecting the teams they represent. Meet the best teams in FIFA 19 and their stars. 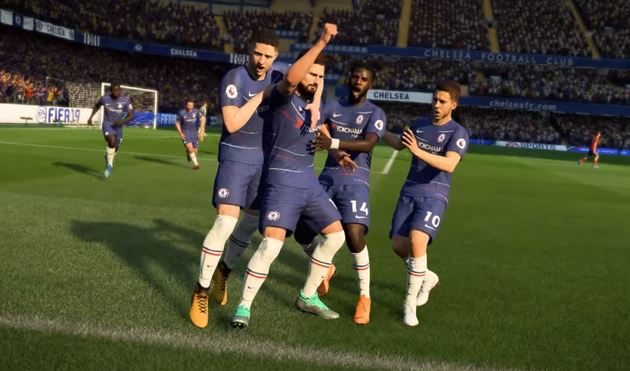 Chelsea are one of the strongest teams in the Premier League and every year they have a very strong midfield. N'Golo Kanté (89) is the best defensive midfielder in FIFA 19 and is joined by Jorginho (84) and Cesc Fàbregas (84). The big star Hazard (91) is very important to pierce the toughest defenses. 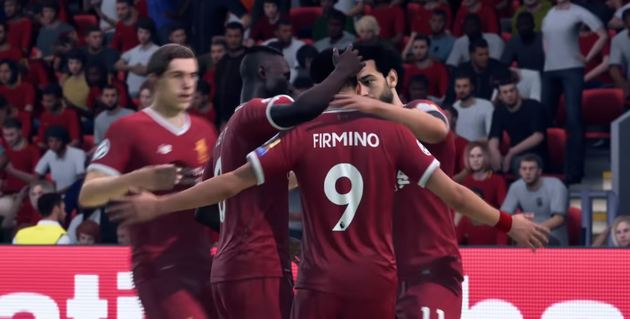 Liverpool lost in the Champions League final, but they showed the world what an excellent team they have. Mohamed Salah (88) has had a fantastic season and, together with Sadio Mané (86) and Roberto Firmino (86), forms one of the most lethal attacks in the world of football. 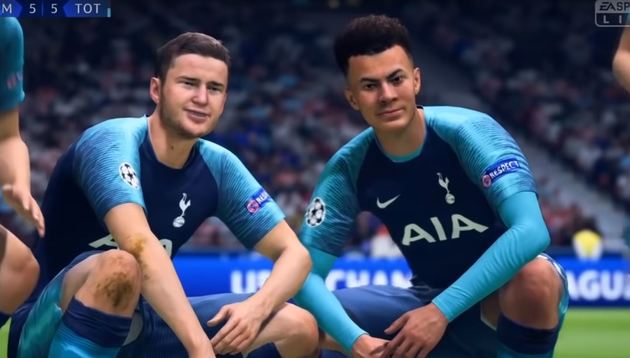 Spurs have exactly the same team as the year before, but they are more experienced now. The attack is the strongest point, as it joins the English striker Harry Kane (89) with Dele Alli (84), Son (84) and Christian Eriksen (88). As a goalkeeper, he has Hugo Lloris (88), world champion with France, who offers a lot of security in defense. 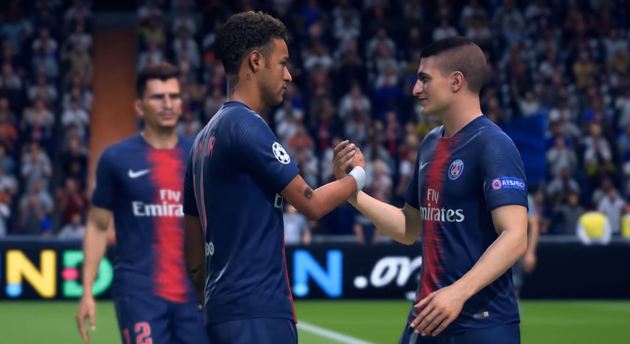 The French championship has become very easy for this super team that has great world stars like Neymar (92), Cavani (89), Buffon (88) and the promising young Kylian Mbappé (87). Every year there is a lot of expectation to win the Champions League, where the best squads in Europe are. 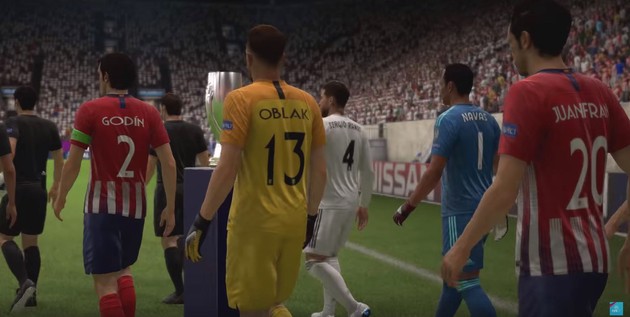 Atlético Madrid strengthened itself well with wingers Thomas Lemar (83), Gelson Martins (82) and midfielder Rodri (82). The attacking duo Diego Costa (85) and Griezmann (89) is very strong and is very easy to score goals. The defense is very solid with the Uruguayan defenders Diego Godín (90) and José María Giménez (84). 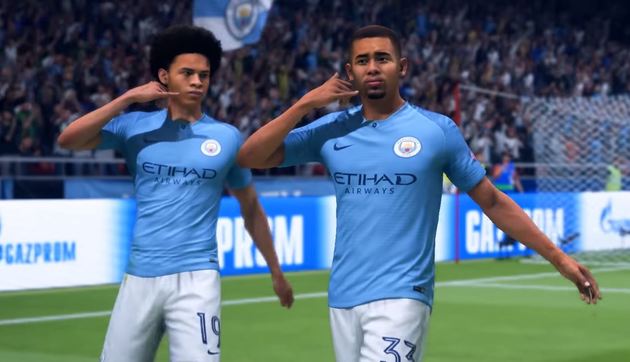 Manchester City won the Premier League and showed the world that they are the best English team today. The squad has many world-class players like Kevin De Bruyne (91), David Silva (89) and Sergio Aguero (89). The defense is not as strong as the attack, but it has the great goalkeeper of our countryman Ederson (86). 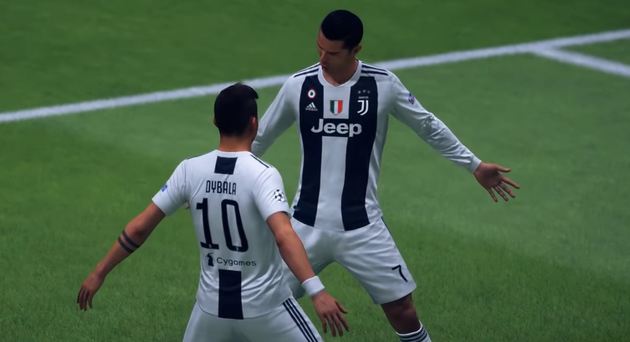 Cristiano Ronaldo (84), the best player in FIFA 19, moved to Juventus and made one of the best teams in the game even stronger. With the company of Dybala (89), the best Italian team wins one of the most powerful attacks in the game. 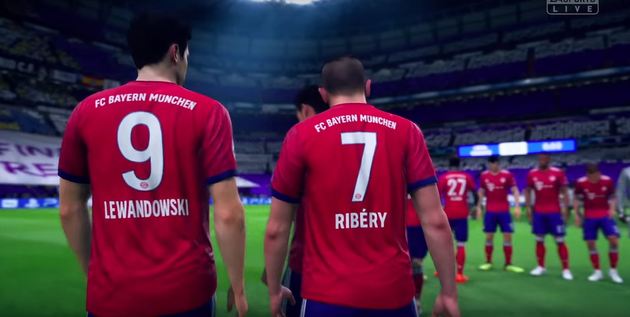 FC Bayern presents a fantastic squad every year. The attack is the same as other years Lewandowski (90), Frank Ribéry (85) and Arjen Robben (85), and it seems that these players do not lose quality over the years. Goretzka (83) is the new addition to the squad and goalkeeper Neuer (90) remains one of the best in the world. 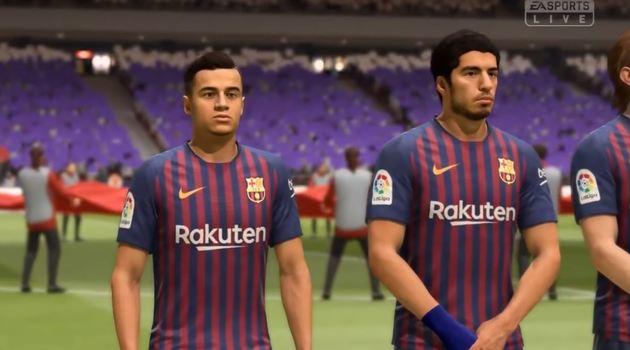 The team of Argentine star Lionel Messi (94) continues to win the Spanish League, but has lost the Champions League in recent years. Our country's ace Coutinho (88) and Arturo Vidal (85) are excellent reinforcements for the midfield that no longer has Iniesta, who left for the Japanese championship. 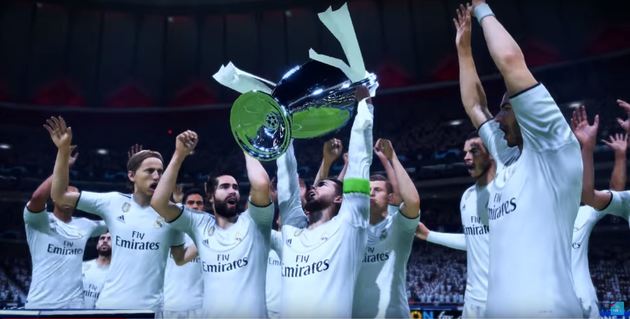 Whoever thought that Real Madrid would be weaker without Cristiano Ronaldo (94), was wrong. Without the ace of our language, Gareth Bale (88) and Marco Asensio (85) gained space to show their great talent. The midfield remains fantastic with Luka Modric (91), Toni Kross (90) and Casemiro (88). The arrival of Belgian goalkeeper Courtois (90) makes the team safer, as it also has the best defender in the game, Sergio Ramos (91).

Now that you know the best teams, check out the best FIFA 19 players by position.