To quench the thirst for competition, there is no better game genre than fighting. Being able to compete in an honest 1v1 combat with your friends (or with strangers online) always yields moments of pure emotion. With that in mind, we've put together a list of the 10 best fighting games for PC below. All are available on Steam. Enjoy! 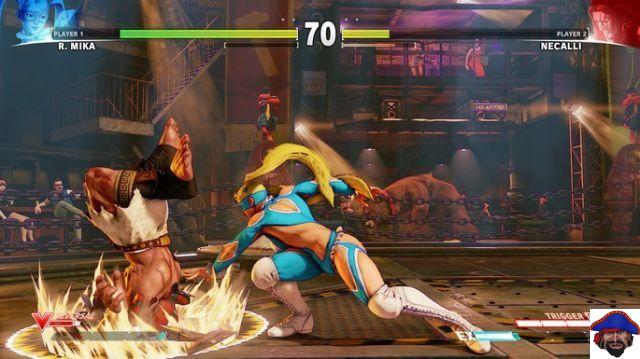 Obviously a must-play on this list. Street Fighter V continues its tradition as the greatest fighting game franchise of all time. With incredibly difficult techniques to master, the game kept the difficult learning curve that is already common in previous titles.

In addition to the improved graphics, Street Fighter V's biggest differentiator is the new "V-bar", a kind of secondary super bar that provides specific abilities for each character. While for some it can be a hit, others can receive a damage bonus, invulnerability or any other advantage. 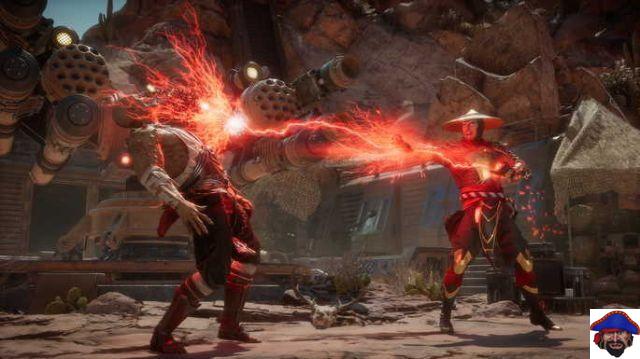 The immortal Mortal Kombat. Now in its 11th version, the famous fighting game by Sub-Zero, Liu Kang, Scorpion and company is more sadistic, violent and scary than ever. With unprecedented quality graphics and a refined combo system, Mortal Kombat has never been as good as it is now.

Mortal Kombat 11 differs from previous titles for being a slightly slower and more tactical game. Combos need more thought and the new super bar system requires you to manage your energy very well. 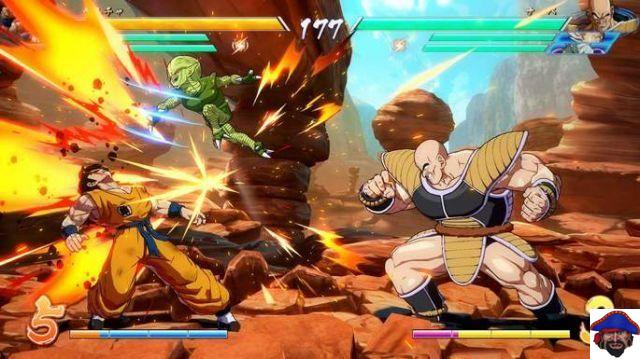 Dragon Ball Fighter Z is probably the best fighting game in the Dragon Ball series ever made (we'll leave Dragon Ball Z: Kakarot in the action RPG genre). With perspectives and mechanics almost identical to the games in the Marvel vs Capcom franchise, Fighter Z even lets you choose three different characters to compose your team. If you've played any MvC, you won't have a problem here.

Dragon Ball Fighter Z has identical visuals to the anime, and each character has their personality faithfully portrayed in the game. Additionally, for those who want to take a break from versus mode, the game also has a lengthy campaign that introduces a new saga worthy of being in the anime. 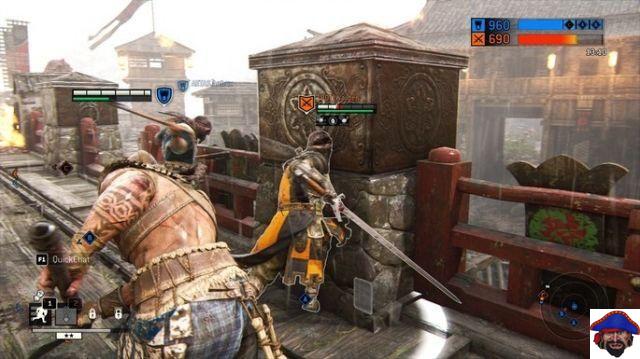 For Honor is a medieval fighting game that has one of the most complete and flexible combat systems ever made. In it you can even choose the direction of the attacks (or defenses) and you need to be quick to counterattack as soon as you find an opening.

For Honor allows you to control several heroes divided into three factions: knights, vikings and samurai, each with their own characteristics and moves. Among the available mechanics, you need to use dodges, parries, guard breaks, counterattacks, light attacks, strong attacks, combos, feints, indefensible hits, recoveries, stuns, grabs, executions and others!

With an extremely exciting multiplayer, For Honor leaves something to be desired in the single-player mode, in which there is nothing interesting to do. However, competing against other people will take a lot of your time until you master everything that can be done. 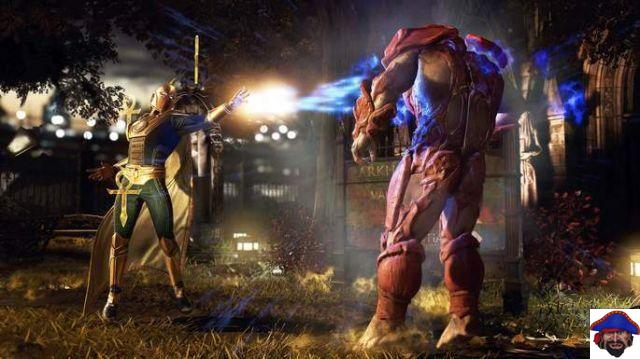 Injustice 2 made a huge leap in quality over the first game in the series. With an impeccable cast of DC heroes and villains, an extremely rich combo system and top-notch graphics, Injustice 2 is, without a doubt, one of the best fighting games out there.

Among the main differences from Injustice: Gods Among Us, Injustice 2 has a greater level of interaction with the environment during fights (you can use the setting to damage opponents), a significant increase in the pace of fights, in addition to of several new mechanics that make the combats much more dynamic. For example, you can use your energy bar in a variety of offensive and defensive ways, and this decision adds a new dimension to fights. 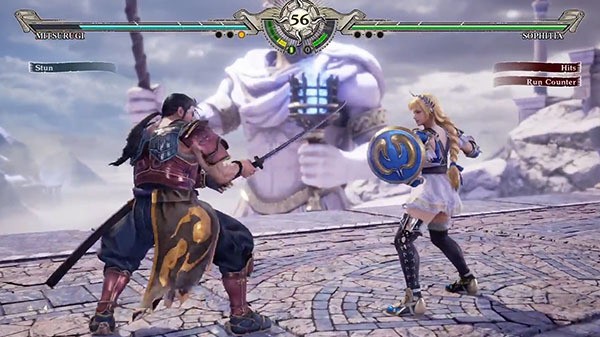 Soul Calibur VI was a triumphant return to one of the most acclaimed fighting games out there. Everything that made the series a success continues in Soul Calibur VI, with the addition of incredibly good graphics and new mechanics that make combat even more dynamic.

In addition to the versus mode that makes the game a phenomenon, Soul Calibur VI has two very engaging solo campaigns that follow an RPG style. In it, you create your character and evolve it throughout the story, being able to customize its attributes and equipment. The battles, of course, follow the familiar style. 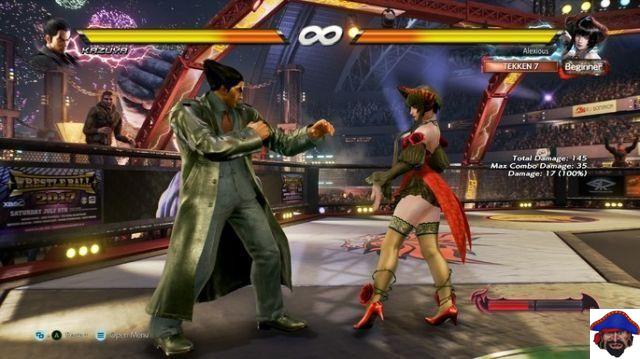 An arcade classic, Tekken remains one of the best fighting games for PC today. Game number seven manages, at the same time, to demand a very high level of technique and even add new mechanics that make the game more inviting to newcomers.

One of the highlights of Tekken 7 is that there is a greater importance to spacing than to massive combos. In fact, it is often better to hit a smaller combo and leave the opponent in a bad position than to choose a longer streak. 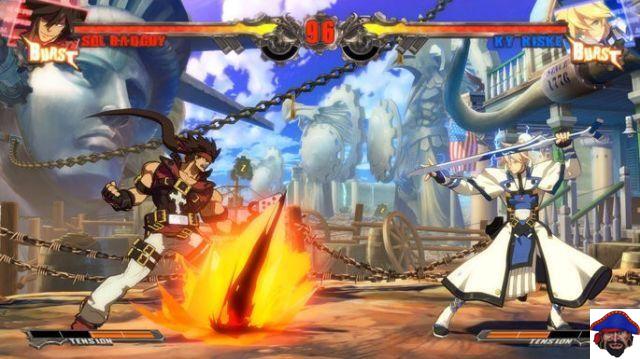 Guilty Gear is not for beginners. What at first may seem like a simple game with an anime-style look is actually one of the hardest fighting games out there. With incredibly long combos and numerous options for attacks, defenses, dodges, parries, etc., the combats are more like a Dragon Ball fight with so many visual effects for all sides.


One of the highlights of Guilty Gear Xrd is the vast cast of playable characters, each with extremely unique moves. This, added to the captivating personalities of each of them, makes it impossible to pick a favorite. 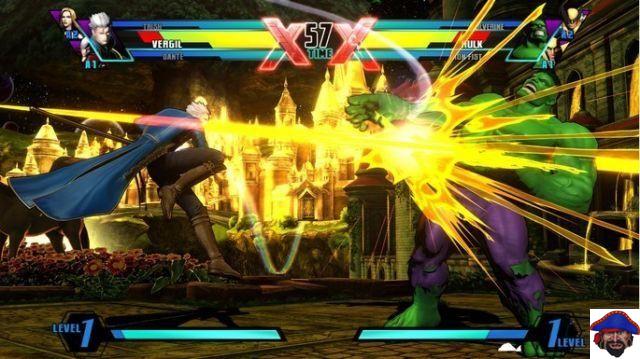 Considered by many to be the best game in the classic Marvel vs Capcom franchise, Ultimate 3 brings an unprecedented cast of characters full of familiar faces, but also many new ones. The game allows you to play with up to 3 characters in the same game, switching between them whenever you want. The mechanics remain true to the usual style, with very long combos and lots of flashy visual effects. 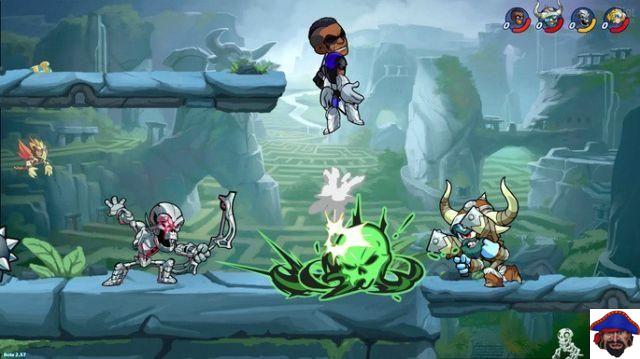 Brawlhalla is a very different fighting game from the others on this list. The game stands out in the fighting genre because it follows the same style as Super Smash Bros., that is, the characters do not have a health bar. To win, the player needs to land several hits on the opponent until he is thrown out of the scenario. With each hit received, the characters become lighter, making it harder to stay on the scene.

Brawlhalla has over 40 characters with unique movesets. In addition to the game's own fighters, Brawlhalla also has some famous names like Rayman and characters from the acclaimed Steven Universe series. The game also has a large number of possible moves and blows, which make battles very dynamic.

Despite the simple graphics and the childlike style of the characters and scenarios, the game is quite complex and requires a lot of coordination, timing and reflexes to hit or survive combos. A great light game for fighting game lovers, and best of all: it's free and runs even on super weak PCs.