Check out 12 tips to do well in Free Fire Battlegrounds!

Free Fire is a Battle Royale style game, inspired by PUBG, where you want to be the last survivor. With action-packed matches, many different weapons and varied modes Free Fire tests any player's skills well, so grab your parachute and jump headfirst.

Check out some tips to cheat death and be the winner or lead your team to victory in this Battle Royale!

1. Choose well where to land 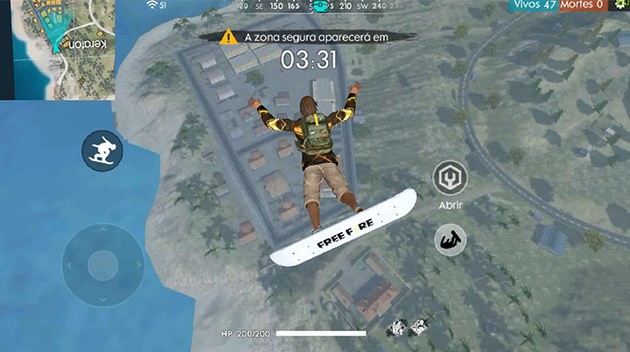 Where you land is very important, as it will determine your immediate survival. It is important that you choose a place isolated from other players, where the city is close, but not too close to be dangerous.

So try to get out of cities or towns. It's more important not to be vulnerable while not effectively armed than to find buildings laden with loot.

Discover the map and find out where to loot with our tips! 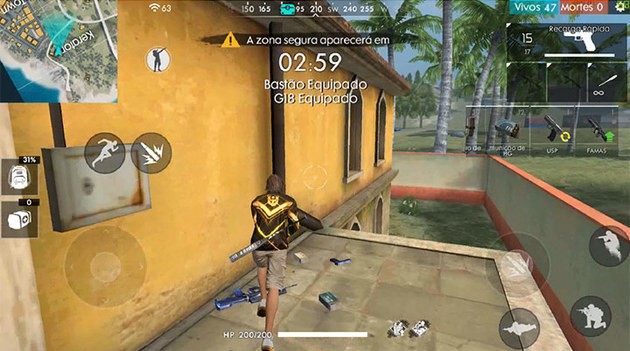 You don't want to get into combat without having the right gear. So as soon as you get to the ground, you should start looking for items nearby from the place where it fell.

Initially, you must take everything you find, as you can always change or improve the equipment. There are four essential items for your survival in order of importance: 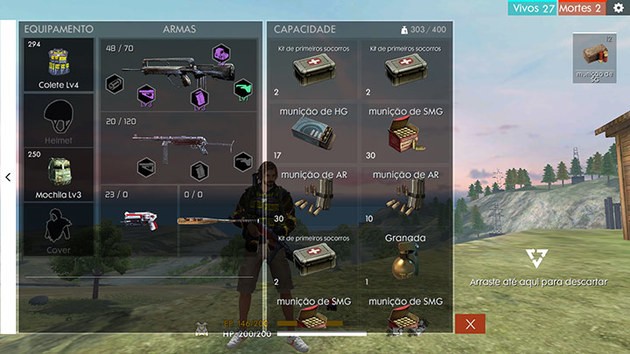 There are several types of weapons in Free Fire Battlegrounds and the usefulness of each one will depend on the situation and your style of play. Choose weapons for medium and long ranges and others for short ranges if you can.

Discover all the Free Fire weapons and which are the best! 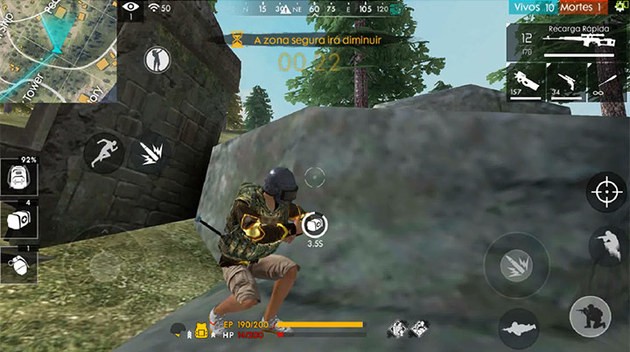 If you are injured, heal quickly, preferably in a sheltered place. Shots and falls take your life and if you have bandages available there is no point in walking around injured and vulnerable.

5. Be aware of the Safe Zone 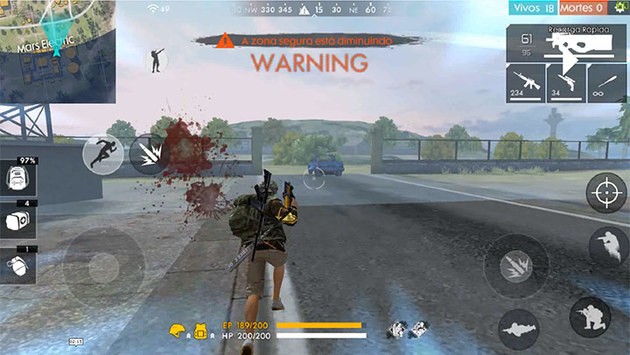 On your minimap you will see a white circle delimiting the safe zone. Watch out as this zone will respawn and you need to get inside it as fast as possible or you will be eliminated by the Radiation or as some players say, the Gas

It is important, during this phase of displacement, be aware of other players, purposely positioned to catch whoever is moving around the map.


6. Check the hazards on the minimap 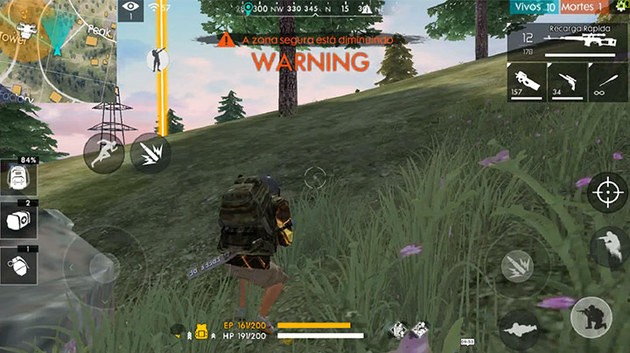 The minimap is important not only to check the safe zone, but also to warn you of potential threats.

If you hear gunshots or explosions nearby, look for orange dots on the minimap. They will indicate the origin of battle sounds.

In addition to Radiation, there is a danger of being bombed and/or detected by a drone. Pay close attention to the mini map so as not to be surprised. The bombardment appears as a red circle. The drone zone appears as a yellow circle. It can sometimes be advantageous to keep an eye on the drone's zone, as this will indicate the position of other enemies.

Learn all about the drone that appears on the map! 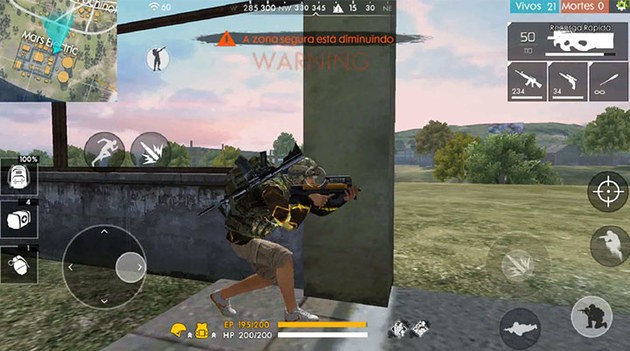 It is very important to try to avoid being exposed. So, before moving around the map, analyze the path you are going to take and see where you can take shelter. When shooting, try to shoot from protected areas and not in the open. Don't think you're invincible.


8. Let the others kill themselves! 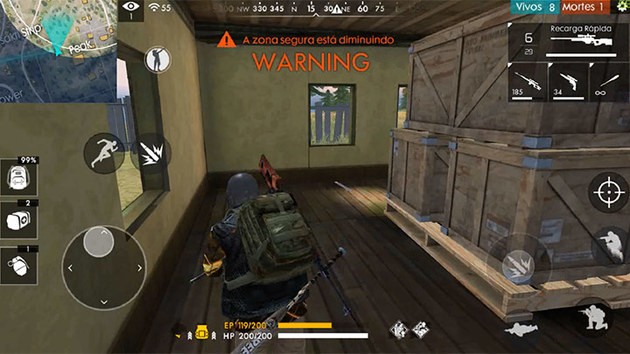 The philosophy of a survival game is to stay alive while the others do poorly. then you must avoid entering combat unnecessarily. This strategy is known as "camping" or "camping" and although it is not popular with many players it is effective. However, this will not make you win, but you will be able to choose your fights better and stay alive.

9. Use vehicles at the right time 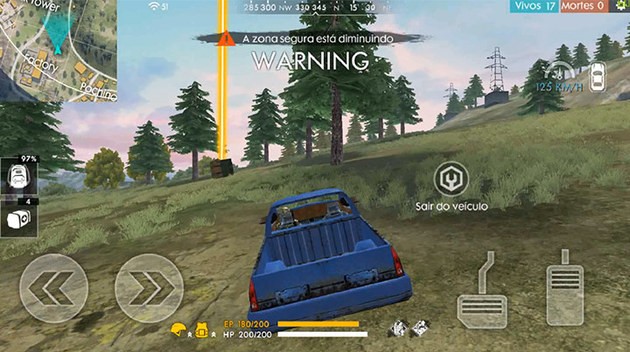 You can use vehicles in Free Fire Battlegrounds to gain an advantage by crushing enemies that are in your way or quickly traversing the map.

But they will make a lot of noise, what will alert your opponents to your location. There is also another risk: a vehicle being attacked can explode, resulting in your instant death. 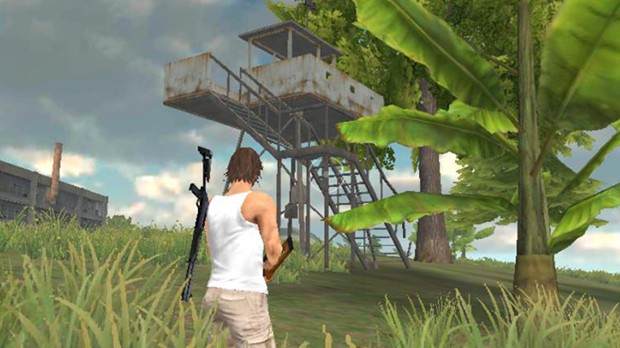 Whenever you go through a watch-tower, trench ou military tent, it is worth investigating. These types of military locations are likely to have good loot, both in terms of weaponry and supplies. Check other places where you can loot quickly. 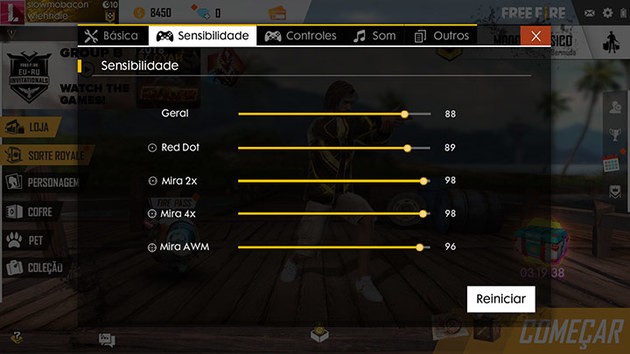 After a few matches, you'll have a better idea of ​​Free Fire's mechanics. Access the controls menu and, if necessary, customize your aim and controls, mapping different areas of the screen. Also try changing the sensitivity. The important thing is to get an intuitive control that suits your style of play. 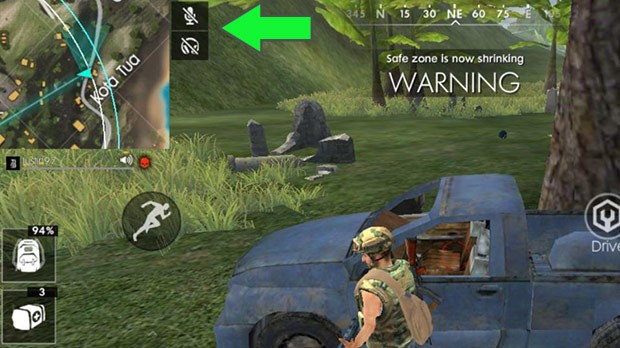 in mode of Duo ou Squad it's very important listen and speak with your team. Make sure your microphone and phones are activated on the symbols marked with the arrow in the image above. Keep communications clear, short and simple for your team to help each other.

Audio Video Check out 12 tips to do well in Free Fire Battlegrounds!
Check out the full list of Unturned IDs and Cheats ❯

All Free Fire submachine guns and their features! (2022)

2 ways to create a custom room on Free Fire!

Free Fire Magic Cube: 3 methods to get this rare item

add a comment of Check out 12 tips to do well in Free Fire Battlegrounds!