Cheap Gamer PC: tips and suggestions for parts to assemble in 2020

Assembling a PC Gamer can be much easier and cheaper than many people think. It's true that with so many games and updates being released every year, an expensive next-gen PC is every gamer's dream, but it's FAR from being the only option for those who want to have fun with games.

Thinking about those who have a limited budget, we brought here some alternatives on how to build a very cheap Gamer PC that, at the same time, runs all current games satisfactorily.

What parts are needed?

When assembling a PC Gamer you will need the following parts:

Cabinet choice is extremely personal, so we won't go into it here. We won't talk about HD either, given that they almost don't influence the performance of games, just buy a 1TB or higher and everything is fine.

Attention:the price ranges shown below are averages taken from national and international websites (mainly Aliexpress) and do not include shipping! With dollar fluctuations in the year 2020, it is possible for prices to rise or fall frequently. 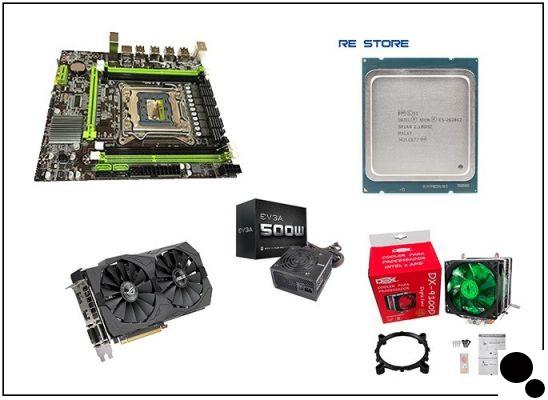 This gaming PC is cheap for only one reason: the motherboard, processor and RAM are sold together on Aliexpress for around R$500,00. Apparently this is not a passing promotion as this combination has been available for purchase for a long time.

Perhaps the biggest highlight here is the 16GB of RAM, which allows you to run even games like Warzone or stream without any problems.

The Xeon E5-2620 processor does not come with a cooler, so you must buy it separately. In addition to the great price, the combination 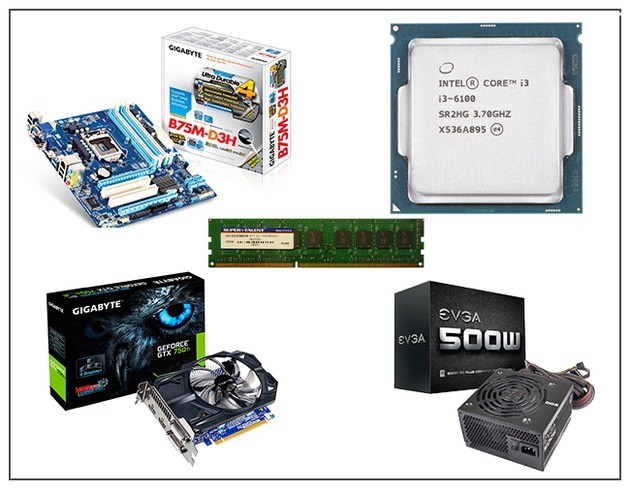 The video card has 2GB of GDDR5 memory and the power supply has the 80 Plus seal. 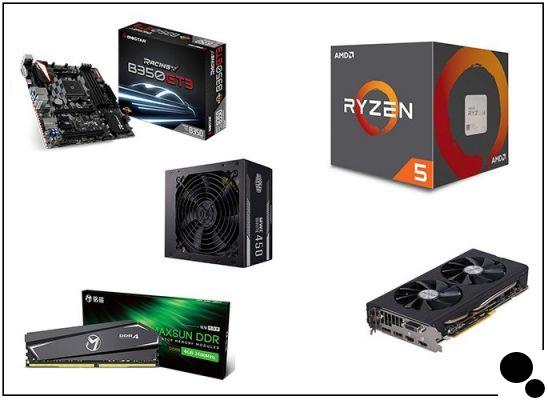 A little more expensive than the other options, this gaming PC offers great durability (about 3 or 4 years) with the B350GT3 Motherboard, as it is perfect if you want to upgrade your machine. The ADM Ryzen 5 processor, on the other hand, offers performance equal to or greater than any Intel i5 processor, but with a much better price range, in addition to already coming with a cooler.


Radeon's RX 470 graphics card is one of the cheapest options currently capable of running today's games. As with almost all the parts mentioned here, you can find it at the best prices on Chinese sites like Aliexpress.

The Master MEW 450 source is more than enough to supply this setup. Avoid buying it on foreign sites because the price of this type of piece is usually much (MUCH) higher than in our country.

Tips on how to build your cheap gaming PC

Video cards are often the most expensive parts in building a Gamer PC. With that in mind, here are 4 options for great cards (2 Geforce and 2 Radeon) that can be found for R$400,00:

add a comment of Cheap Gamer PC: tips and suggestions for parts to assemble in 2020