In Brawl Stars, you can legally earn Brawlers in three ways: by picking up trophies, opening Brawl Boxes, or by purchasing from the store and using gems. Obviously, the Brawlers you can earn by picking up trophies are easier, just play a lot. The rarest Brawlers need real money or a lot of patience and even more hours of play.

Find out how to catch Brawlers quickly using our guide. We only cover the methods that not need real money. 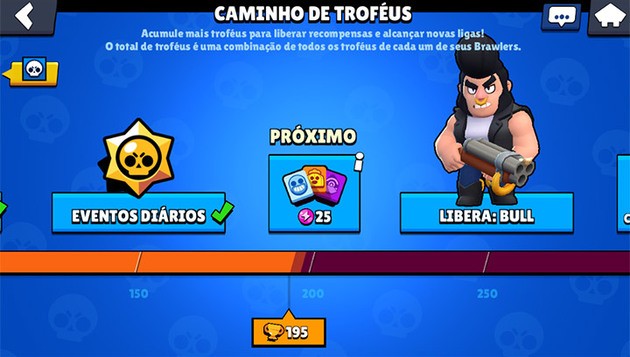 The following Brawlers need trophies to unlock. The rarer they are, the more trophies are needed to gain access to them.

How to earn trophies?

There is no other way to earn trophies other than by playing. Trophies allow the player to gain access to many rewards: crates, coins, power points and most importantly, the Brawlers that were talked about earlier. The player automatically enters ranked once they get 500 trophies.

Trophies are the sum of all trophies earned by each Brawler, despite the fact that they rank up on their own. With the climb in the ranking, the player will find opponents with better rank and skill, which can cost some trophies if the player loses some matches or is poorly ranked. The best way to avoid this loss is to variar de Brawler frequently. 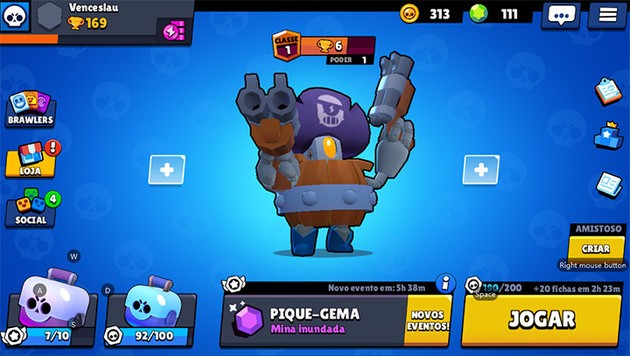 How to earn Brawl Boxes?

The best way to earn Brawl Boxes is to be consistent as a player, which is a more complicated way of saying you need to play hard. To make things more difficult, Brawlers only come in large Brawl Boxes, which can only be won with Star Tokens.

Getting Star Chips takes a while, as you can only earn a chip once per event and these change daily. If you have access to all events, you can take up to four chips per day. To improve your chances of getting Star Tokens remember to:

There are many Brawlers. Find out which is best for each mode!

Audio Video Brawl Stars: learn how to win Brawlers without cheats!
Brawl Stars: Meet the Legendary Brawlers and see how to get them! ❯

add a comment of Brawl Stars: learn how to win Brawlers without cheats!