The Assassin's Creed franchise is among the most successful of all time in video game history. The series has numerous games that take place in real periods of world history and presents several characters and plots in a non-linear way. With so many different titles and protagonists, we know it's difficult to understand the story as a whole. That's why we've arranged the perfect chronological order of all Assassin's Creed games below so you don't have any more doubts. Check out! 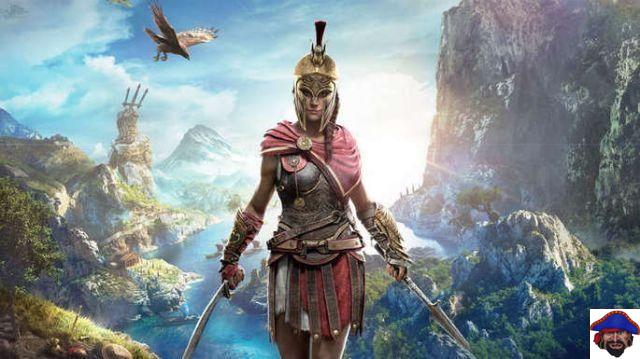 Even though it is the most recent title, the story of Odyssey takes place before any other game, as it takes place in Ancient Greece and explores the battles between Athens and Sparta. Although it predates most of the elements present in the other games (Order of Assassins, Order of Templars, etc.), the game features several institutions that, in the future, ended up giving rise to plots already known to fans of the franchise. 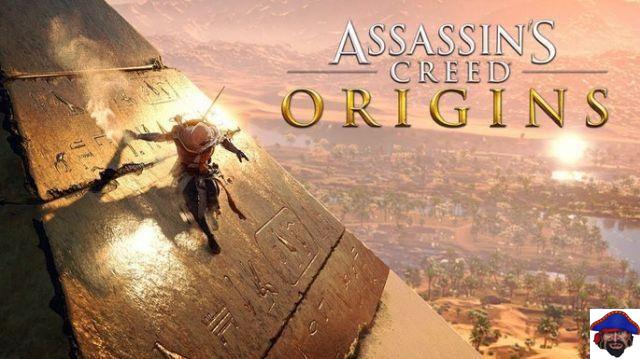 Origins is set in Ancient Egypt during the time of Cleopatra. The game explores the exact context of the founding of the Order of Assassins (formerly known as The Hidden), and also tells the story of how the protagonist defeats the Order of Elders. The events of Origins are responsible for starting the conflict between Assassins and Templars. 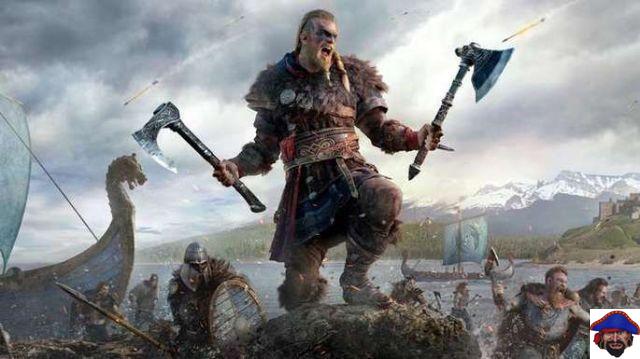 Scheduled for release in November 2020, Valhalla will put players in control of a Viking during the invasion of England. There is still no great information about the plot, but the game is already one of the most anticipated in the history of the franchise. 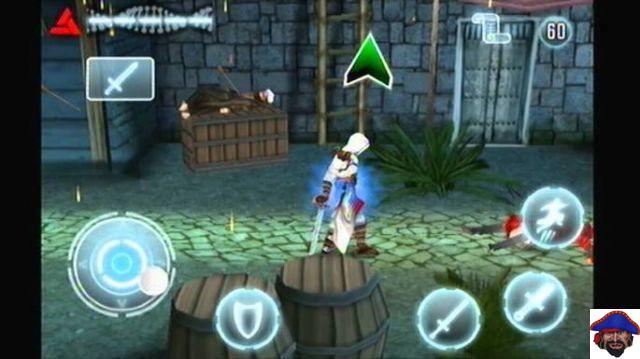 Altaïr's Chronicles is a game released only for handheld devices and that tells the story of the protagonist Altaïr shortly before the events of the first game released in the franchise. The plot takes place during the Third Crusade and follows the battles between Templars and Muslims for control of the city of Jerusalem. 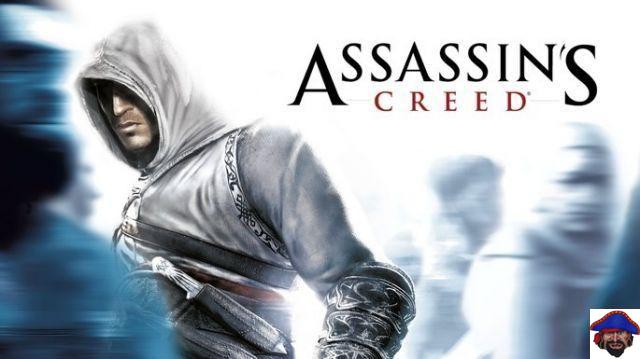 The very first Assassin's Creed continues in the same context as Altaïr's Chronicles, but also explores how the protagonist "recreated" the Assassin Order, which had lost its purpose. 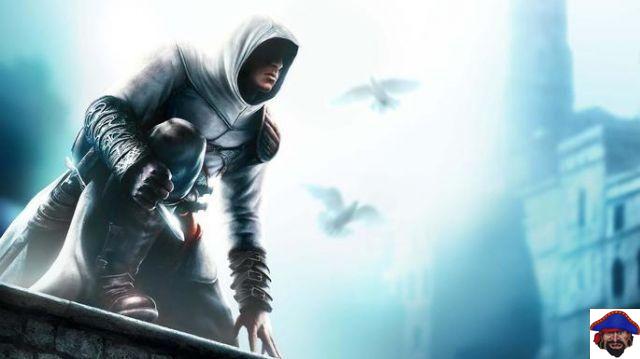 Bloodlines continues in the inaugural context of the franchise. The story takes place immediately after the end of Assassin's Creed and follows Altaïr in his attempt to prevent the Templars from escaping Cyprus. 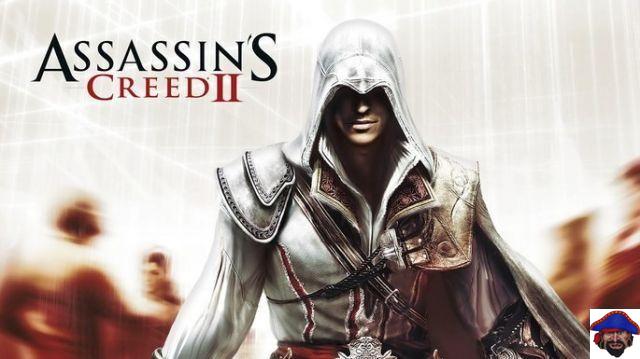 Assassin's Creed 2 is set in Italy during the Renaissance and features a new (and now very well-known) protagonist, Ezio Auditore. The game follows his training in the Assassin Order and his journey to avenge the death of his family. 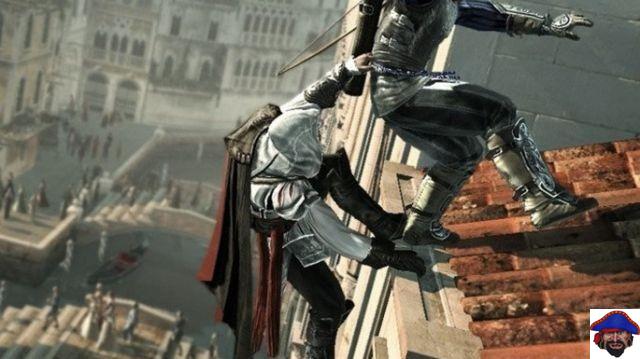 Discovery takes place during the same time period as Assassin's Creed 2. It is a parallel story in which the protagonist Ezio suspends his search for the Apple of Eden to help the Venetian Thieves Guild with a threat made by the Spanish Inquisition. 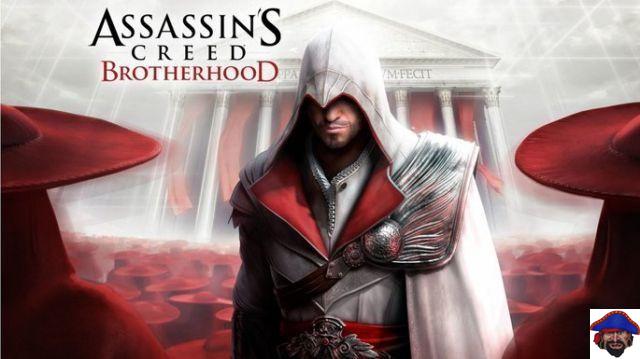 Brotherhood takes place immediately after Assassin's Creed 2 and follows Ezio's journey to Rome to continue his confrontation with the Borgia. 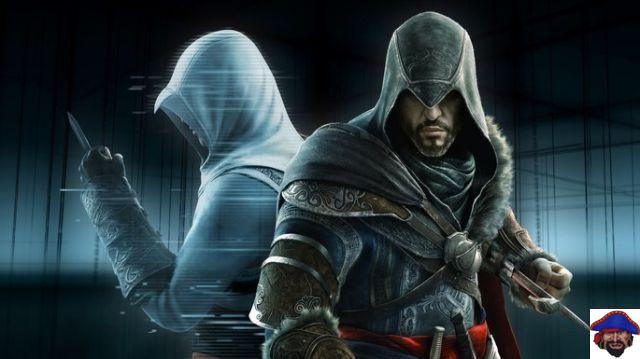 Revelations tells the end of Ezio Auditore's career. The game shows the protagonist's journey to Constantinople in search of Altaïr's secret library, and also tells how Ezio falls in love with Sofia and becomes a wise assassin and a devoted father. 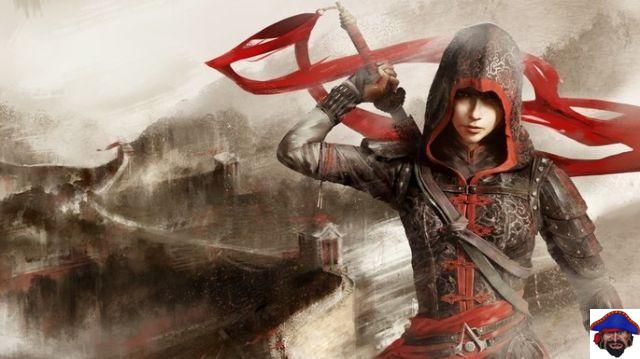 Assassin's Creed Chronicles: China tells the story of protagonist Shao Jun, apprentice of Ezio, as she returns to her country to exact revenge on the Eight Tigers templar group, who wiped out the Chinese Assassin Order. 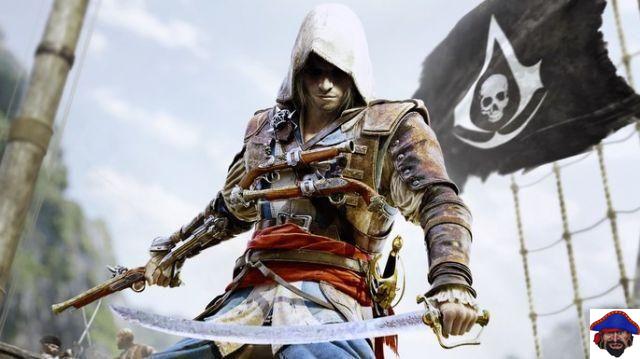 Black Flag tells the story of Edward Kenway, father of Haytham Kenway and grandfather of Ratonhnhaké:ton, protagonists of Assassin's Creed 3. The narrative takes place in the 18th century, in the Caribbean, during the Golden Age of Piracy. Like some games in the franchise, Black Flag doesn't really address the Order of Assassins, until the moment when the protagonist joins it. 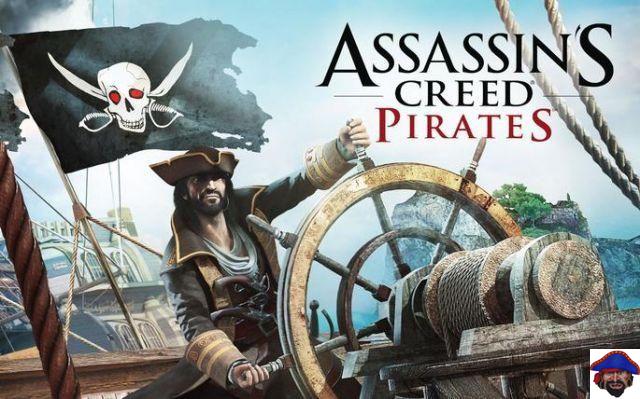 Pirates tells the story of Alonzo Batilla, a pirate who has not sworn allegiance to the Assassins or the Templars, but works for both sides. The game is totally different from the rest of the franchise and mainly focuses on real-time ship battles. 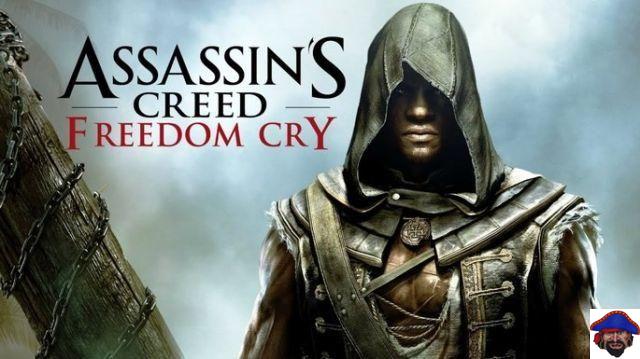 Freedom Cry is an expansion pack of Black Flag and tells the story of Adéwalé, Edward Kenway's shipping partner during a mission in the Caribbean to free and disrupt the slave market in the region. 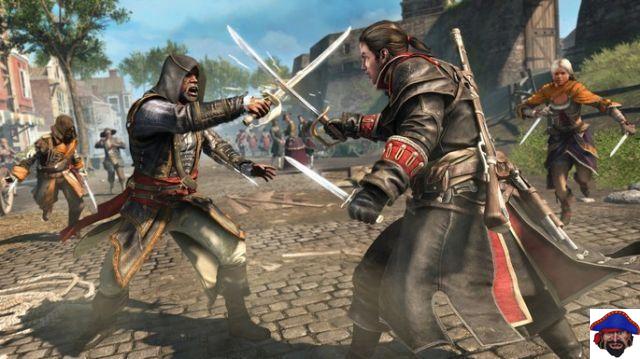 Rogue tells the story of Shay Patrick Cormac, an Assassin who became a Templar after being betrayed by members of his Order. The narrative takes place during the Seven Years' War and includes several important characters present in other games. 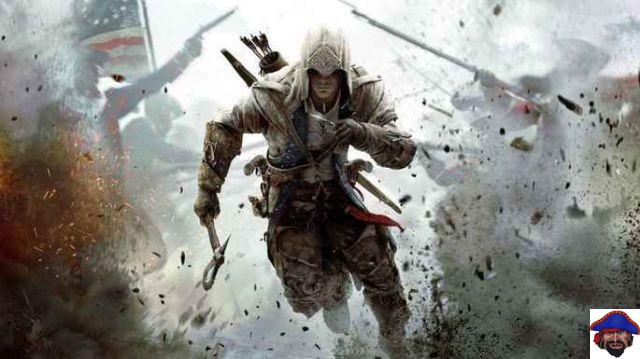 In Assassin's Creed 3, the protagonist is Ratonhnhaké:ton, grandson of Edward Kenway (Black Flag protagonist). The plot takes place during the American Revolution and follows the mission of Ratonhnhaké:ton to save his tribe of Native Americans from the hands of the Templars. 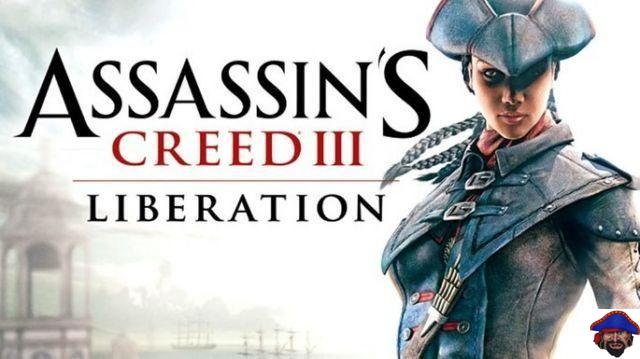 Liberation tells the story of Aveline de Grandpré, the first female protagonist of the Assassin's Creed franchise. Of French-African origin, Aveline seeks to stop the onslaughts of the Templars in the New Orleans region during the French and Indian War. 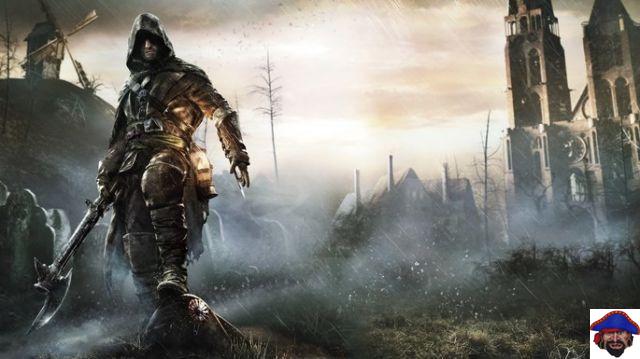 Unity tells the events that immediately follow the plot of Assassin's Creed Rogue and introduces the Assassin Arno Dorian. The narrative takes place in Paris and shows how the Assassin Order and the Templar Order were involved in the French Revolution. 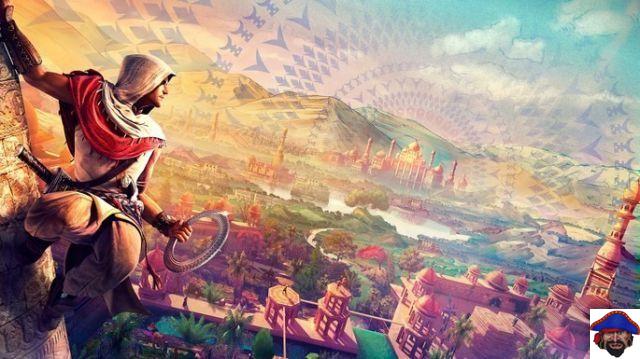 Assassin's Creed Chronicles: India follows the protagonist Arbaaz Mir in his attempt to recover the diamond known as Koh-i-Noor. The story takes place during the war of the Sikh Empire against the East India Company. 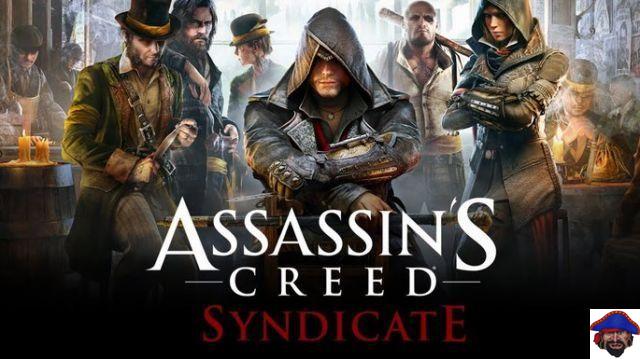 Syndicate is set during the end of the Industrial Revolution in London and tells the story of twins Jacob and Evie Frye, who must unite organized crime factions in order to fight the Templars. At one point, the story also follows Jacob's journey to World War I. 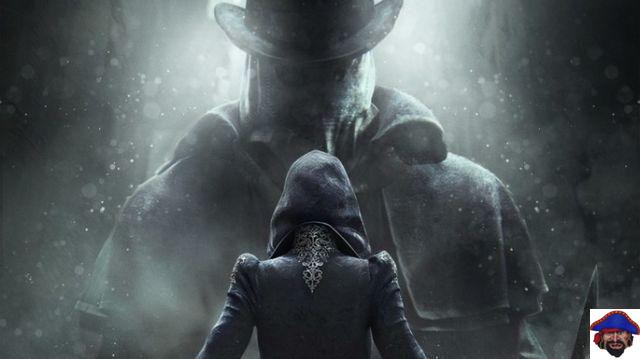 Jack the Ripper is a DLC (downloadable content) from Assassin's Creed Syndicate, and follows Evie's hunt for the famous Jack the Ripper. 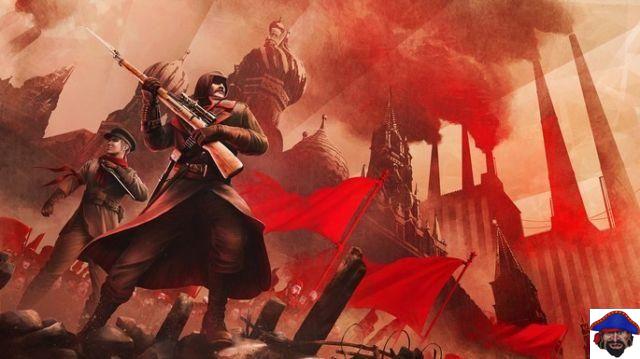 Assassin's Creed Chronicles: Russia is set during the chaos of the October Revolution. The game tells the story of Nikolai Orelov, an Assassin who wants to flee Russia with his family, but is ordered to complete one last mission in search of an artifact sought for centuries by the Assassin Order and the Templar Order.

add a comment of Assassin's Creed: Complete chronological order of all games!