Among Us: 9 tips to be a successful imposter!

Winning as an imposter in Among Us is hard enough, but we have 9 tips that will make your life easier when playing as a saboteur. Some of them involve sabotaging, others killing crew members, but some are even the ones that will make your game far superior to the crew's! Check out!

1. Sabotage in a coordinated manner 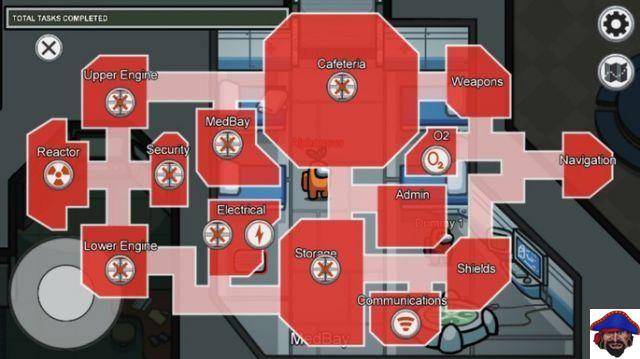 Sabotage is the basics of an imposter's daily life in Among Us. But for you to be a real success in every game, you must do it efficiently. That is:

2. See when someone is using the camera

Also, whenever you notice the camera being used, act as if you were a crew member. Anyone looking at the cameras expects to find suspicious behavior to use it against you in a vote.

3. Know the crew's tasks and pretend to perform them

If you play multiple times as a crew member, you'll end up memorizing which tasks appear the most, which ones are faster and which ones take longer to complete. You can also observe what the players are doing on the ship to see what missions the crew of that round have.

This is important because this way you can better pretend that you are performing a crew member task. Don't forget: looking like you're part of the good guys is the first step to not being discovered.

See when a task's completion bar increases so you can move from one room to another, giving the impression that you've accomplished a task, in case anyone is watching. 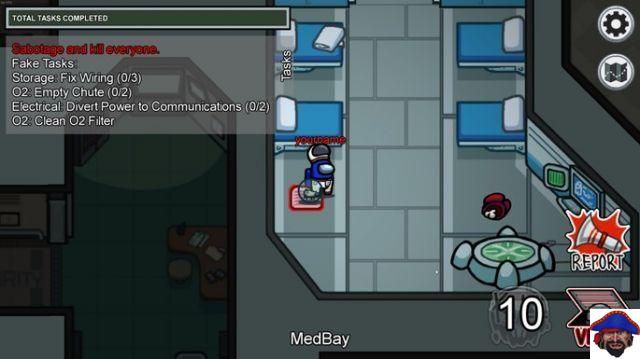 There are certain crew members who are more efficient than others in carrying out tasks. These end up in the favor of the team, as the other players will know that they are certainly not imposters. What to do then? Kill them!

But beware: more experienced players know that these are direct targets, so they might want to follow them to make sure they catch an imposter!

5. Eliminate group players at the end of the match

When you're at the end of the game, with only four crew members left and everyone gathered in one room, pretend to be doing a task and quickly turn off the lights. Kill one of them from behind, and someone will sound the alarm and take it to the vote. With luck, a crew member can be eliminated the wrong way, which is great!

Use this strategy only once per game, however. Once you make the first one, you will be more exposed to being discovered.

6. Defend players in the pre-voting discussion and avoid accusing

Participating in the discussion before the vote is critical, but it may or may not hurt you, depending on your approach. The ideal is to defend someone who is being accused innocently. Not too much pressure, so it doesn't look forced. With luck they'll actually kick him off the ship and it'll be fine.


But avoid accusing people, as this draws attention to you. Only accuse if everyone is really convinced that it is the imposter, which is the last alternative.

7. Work together with another imposter 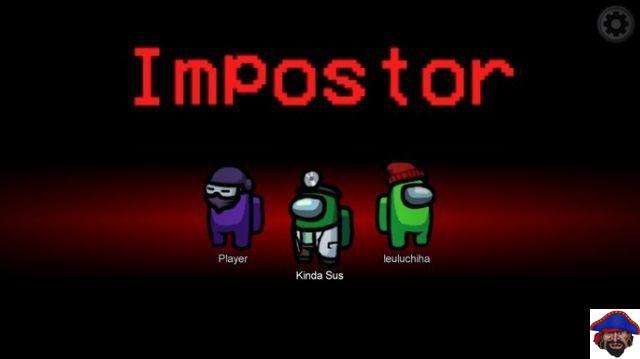 When there is more than one imposter in the game, try to work together. Of course, talking to him directly is kind of impractical, so look on the map where he is and try to act in a complementary way. Perform tasks that can expedite victory.

At the same time, when you go to vote, the ideal is that you always try to vote for players other than yourself. Remember: two imposters will always be more efficient than one!

8. Use the vent to kill multiple crew members in a row

Finally, using ventilation is basic. But it can be useful in many ways. One of them is perfect for killing crew members in sequence. Look:

This tactic is the most difficult to execute, but if everything is coordinated perfectly, it is almost foolproof. It works best if it's in a game with few players, because then the chances of the first body being found are lower.

A tactic that may seem weak, but it works: following a crew member all the time and not killing him or sabotaging anything is efficient. That crewman will be suspicious and angry and will call the vote. He will vote for you and say in the chat that it is you, but there will be no proof.

If you're not eliminated, and neither is he, keep doing it. It is a way of destabilizing the game and destabilizing this crew member. If he calls another poll and keeps accusing you, the others might get suspicious that he is actually the imposter and eliminate him!

Other Among Us articles:

Audio Video Among Us: 9 tips to be a successful imposter!
Among Us: Strategies for Imposters and Crewmen ❯

Learn how to play Among Us with friends: online and local

Among Us: Strategies for Imposters and Crewmen

102 funny and creative names to use in Among Us!

Among Us: Complete list of skins, hats and pets and how to get them all!

The 9 Best Among Us Type Games!

add a comment of Among Us: 9 tips to be a successful imposter!