In an attempt to regain hegemony on the virtual pitches, Konami is closing a series of partnerships with major South American and European clubs. This ensures that eFootball PES 2020 has the rights and exclusivity to use the names, emblems, uniforms, stadiums and everything related to these teams.

To let you know which PES 2020 licensed teams are, we have created this complete article with all Konami exclusive leagues and teams. Find out if your favorite or favorite club will be one of the highlights of the next Pro Evolution Soccer!

In addition to our country, Serie A and B, other important leagues in South America will be present at eFootball PES 2020. This gives a boost to South Americans, since the Copa Libertadores da América will not officially be taking place. Konami has secured exclusive partnerships with other Latino clubs. Look:

Europe still remains the region with the highest number of licensed leagues in PES 2020. There is an important detail here, as in certain competitions only one or two clubs will be present. In these cases only those teams have 100% licensed uniforms, badge, name and players, while the rest of the tournament does not.

This is the case with Arsenal, I Manchester United and Barcelona. This means that these three will have player names, kit appearances, symbol, stadiums and the club's own name as they are in real life. The other English Premier League clubs and the Spanish La Liga clubs will be generic.

There is still not much information about the licensed PES 2020 teams that belong to the Asian continent. As demos of the game take place on all continents, new information should be released by Konami and the partners of the Japanese company.

our country Series A and B confirmed

Konami is investing more heavily in our country clubs with each edition of PES. The 2020 edition of the game promises to be one of the best for those who like to play with our country's teams. That's because we already know that both Series A and Series B will be complete in the next game.

The addition of Serie B from our country is a novelty and a surprise. This means that the 40 teams from both divisions will be in the game, with correct uniforms, shields and names. The stadiums and the athletes, however, are negotiations apart, so regarding this information it is still necessary to wait to see how Konami will proceed.

What we can say with certainty is that there are seven fully licensed Serie A teams. This means that in addition to the uniforms, names and shields, we will have their stadiums present in the game. See what they are below:

Konami has confirmed that PES 2020 will be the only virtual football game to feature Euro 2020. Fully licensed, Europe's top national team competition will be available, free of charge, on 2020 second quarter. Just update the game.

According to the Japanese company's statement, 50 European teams will be added to the game. This addition makes PES 2020 more robust and brings more confidence to the game.

The Euro license joins the Serie A license of the Italian championship.

Juventus is exclusive to PES 2020 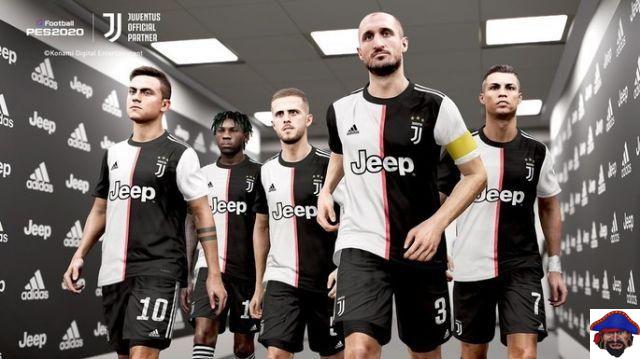 Although Barcelona is the club that represents the identity of PES, it is not entirely exclusive to Konami. The shield, name, uniforms and players can be used in other football games. The same can be said of Arsenal, Manchester United and Bayern Munich.


With Juventus, however, an unprecedented exclusive partnership was established. In other words: for the first time, the Turin giant will not be able to appear in another game of the genre. Other titles that want to use it, like FIFA 20, will have to change the name, shield, uniforms and possibly the squad of the Italian Vecchia Signora.

In this way, PES 2020 gains the advantage of having one of the most iconic and beloved clubs in the world of football. superstars like Dybala e Buffon, in addition to the legendary Cristiano Ronaldo, will be a greater attraction for those who are in doubt whether or not it is worth buying eFootball PES 2020.

All the excitement of playing at Allianz Stadium, the home of Juve, will also be in the next edition of Pro Evolution Soccer. So players can expect to hear the chants of Juventus fans in all game modes, with that atmosphere inside the stadium that only Konami can replicate. 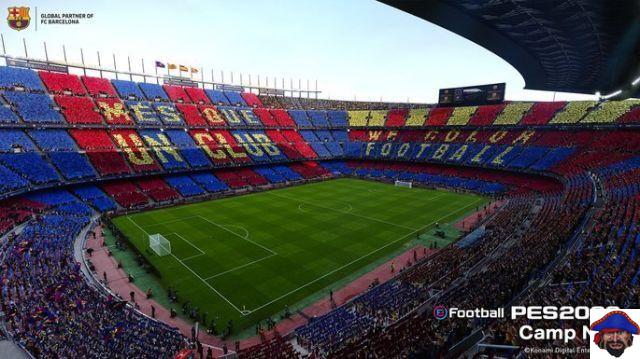 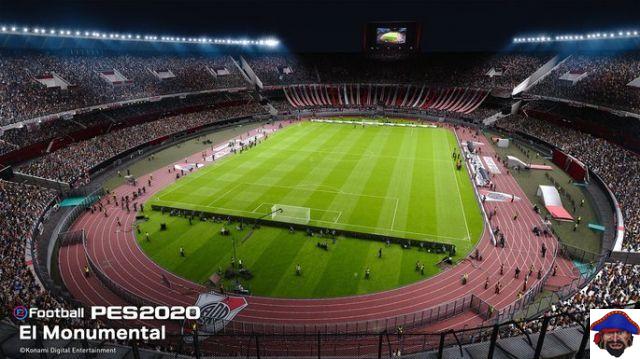 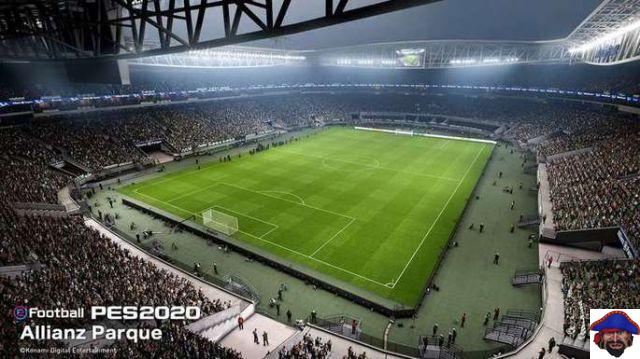 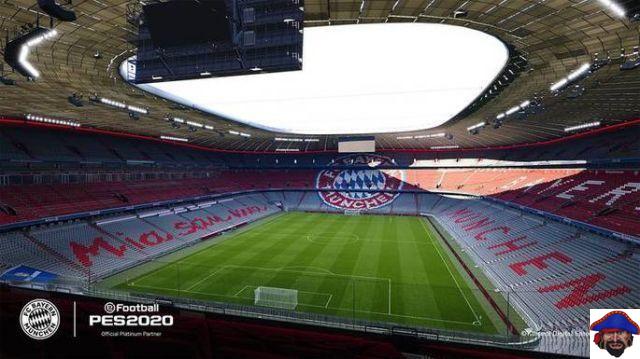 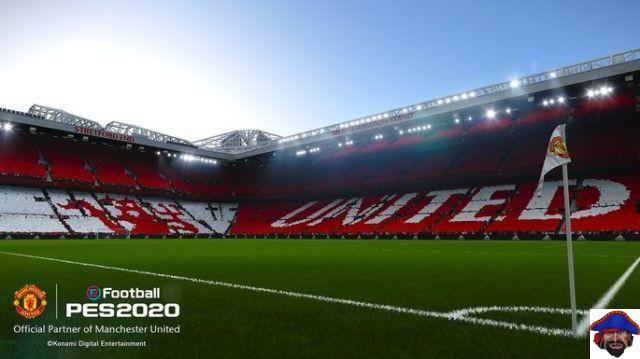 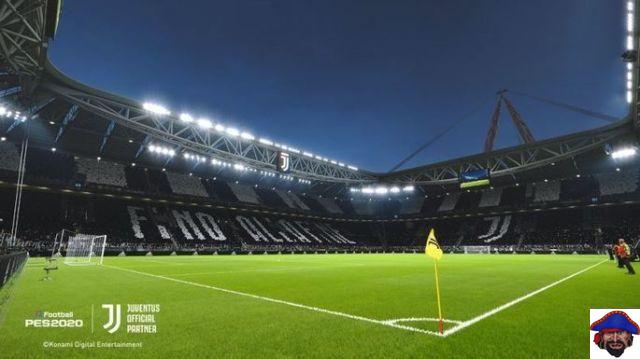 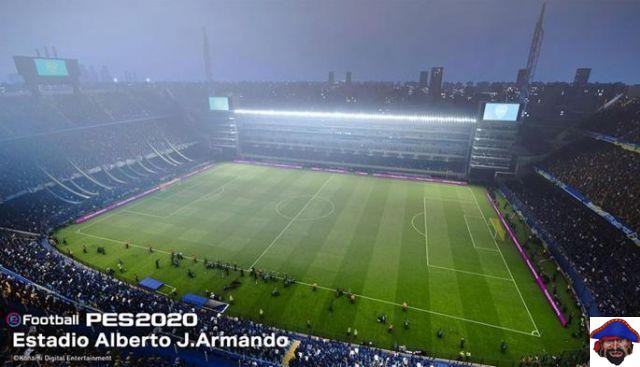 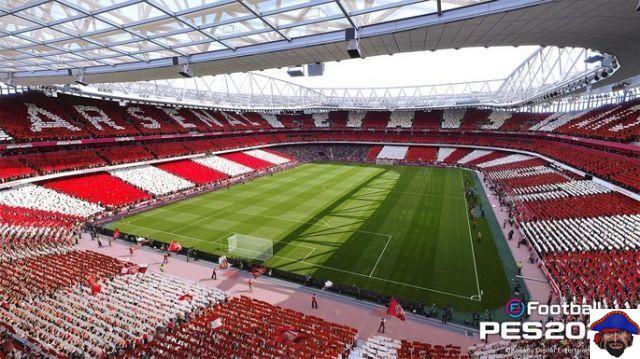 Other arenas that will be present in PES 2020:

All stadiums listed above are owned by clubs that have partnered with the game. We can expect that by September more licensing will appear and therefore more arenas will be announced by Konami.