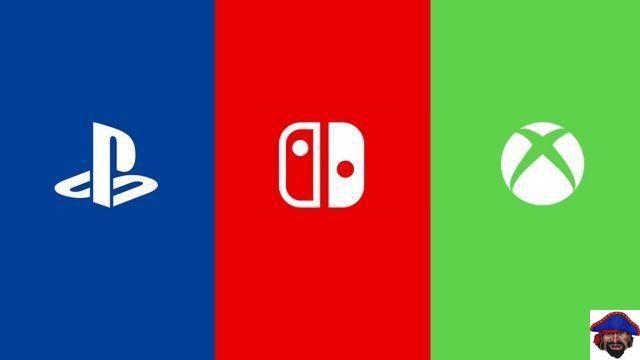 Cross-play games are something that has become increasingly common in recent years, with many game developers deciding to support this feature and let us play with our friends, regardless of platform. After Sony released cross-play of its games to other platforms like Nintendo, Xbox and PC some of the biggest modern titles now support cross-play like Call Of Duty Warzone, Fortnite and Rocket League. New games on the horizon like Battlefield 2042 will also have cross-play and it's certainly only a matter of time before EA Sports games also hit the market.

What we see is not just cross-platform support, with many developers creating games that also support multiple generations, allowing consoles new and old to play with each other. Of course, when it comes to cross-play games, PC gamers undoubtedly have the upper hand, but most cross-play games will come with a feature that allows you to play only with PC or console players.

All PS4 games compatible with cross-play

Check out the list of PS4 games already confirmed to support cross-play compatibility below:

Let's take a look at the best cross-play and cross-platform games.

Some of the best free cross-play games available today are also free.

What are cross-play games?

Cross-play games, also known as cross-platform games, are games that you can play online against other people, no matter what platform they are using. Basically, if you have a cross-platform game on PS5, but your friend has an Xbox Series X, you can play on the same server as the other. In addition, you can also play against other platforms such as PC and test your controller skill with the full power of keyboard and mouse.


Generally, the most accessible games tend to feature cross-play, but cross-platform is still in its early days. Games that support cross-play are rare, however, they offer more versatility and options for players and this feature is generally considered a highlight.

If you find a game that supports multiple generations, it means that the game can be played on both new and old generations of consoles. For example, if a game was released on Playstation 4 and 5 with cross-gen support, it wouldn't matter which console you have.

What is Cross Progression?

Cross-progression allows any progress made in the game to be shared across different platforms. The game's save data would be saved to an account, and if by any chance you swapped the Playstation for an Xbox, you could continue the game without having to restart it.

Why aren't all games cross-platform?

For many games, shooter specifically, it can come down to imbalances with input devices. Keyboard and mouse gamers had a distinct advantage, even with that aim-aid nonsense that seems to be featured in some FPS games.

It is also possible that cross-play play is not desirable when we think about cross-platform policy enforcement. For example, Sony cannot really take action against Steam or Xbox when there is abusive behavior.

Regardless, we would all like most, if not all, games to have cross-platform support as it makes our lives so much easier.

Cross-Platform vs Cross-play – What's the difference?

Generally speaking, both terms can be taken to mean the same thing when it comes to gaming. Cross-play and Cross-platform allow you to play with your friends, regardless of whether they are on PC, Xbox, Playstation or Nintendo. Some games only allow specific cross-play features, for example between Xbox and Playstation, or between Xbox and PC, while others allow full cross-platform action!

Cross-play games are quickly becoming the future, with more support than ever for this feature. We are still somehow all games being cross-play, but we live and hope. There is now a large selection of games that offer full and partial cross-platform support, and other features such as cross-progression and multi-generation support are also becoming more common.

Check out other lists too:

Card to change Free Fire name: how to get it, price and possible methods

All The Sims 4 Codes: Money, Career, Building Cheats, and More

How to get the Free Fire 2022 Magic Cube (how to participate, cube fragments and how it works)

Horizon Zero Dawn: How to Get the Best Armor and Batteries

add a comment of All games with PS4, PS5 and PC cross-play