Fortnite may even be one of the most famous Battle Royales in the world, but on mobile, Free Fire really rules. Not just because this title is free, but because practically any Android and iOS smartphone can run it with ease. In addition, Free Fire opened the door for other good games of the genre to begin to emerge for mobile devices.

In this article we bring you precisely the best Battle Royale that currently exist for mobile. They are games similar to Free Fire, but with some different and unique features. So if you're thinking of looking for something new in this style of play, pay attention to the list we've put together below. 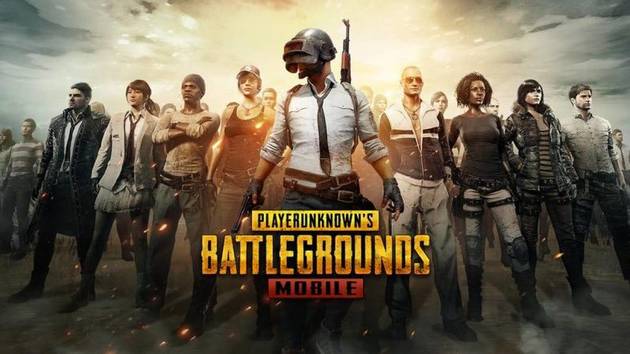 PUBG Mobile came directly from consoles and PCs to smartphones. We can say that this version has almost the same popularity as the original version. The graphics are excellent, and the gameplay is very intuitive and easy for everyone. And best of all, this game is free for both Android and iOS.

The premise remains: up to 100 players parachute onto an island. It's every man for himself, and players must find their own equipment, weapons and useful items so they can make it to the end of the game alive. It is possible to find several vehicles as well, which increases the possibility of survival. Whoever is the last one standing at the end is the great king!

The graphics are nothing like the original title. With Unreal Engine 4, the game presents itself as super realistic. The details and visual effects are rich. It's all in Ultra HD, with an immersive surround sound system. All this is available for more than 500 different smartphones. 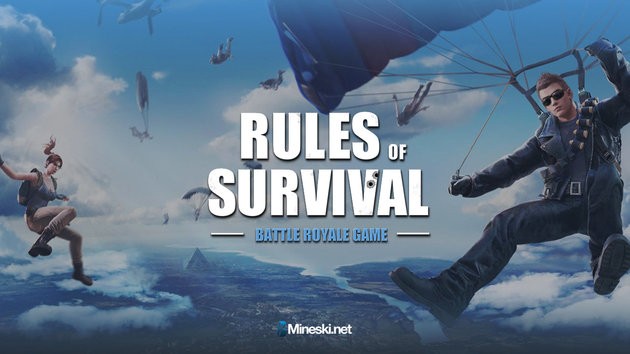 This is another game that quickly caught on with players. Also free and available for Android and iOS, Rules of Survival follows the Battle Royale pattern. It is, however, one of the games of the genre that allows more players at the same time. The smaller map allows for 120 players, while the larger one can hold up to 300 players.

Unlike other games of the genre, including Free Fire, Rules of Survival has other game modes within Battle Royale. Two of them allow players to search for precious pieces such as gold and diamonds. They are therefore called Gold and Diamond mode. There is also the Blitzkrieg mode, in which the player is already armed with a pistol, a backpack and ready to kill opponents.

As with other Battle Royales, the map gradually closes as the minutes pass. Players are therefore forced to face each other. The idea of ​​staying as a camper, for example, doesn't work very well in Rules of Survival. What you can do is switch the perspective to 1st or 3rd person whenever you want. 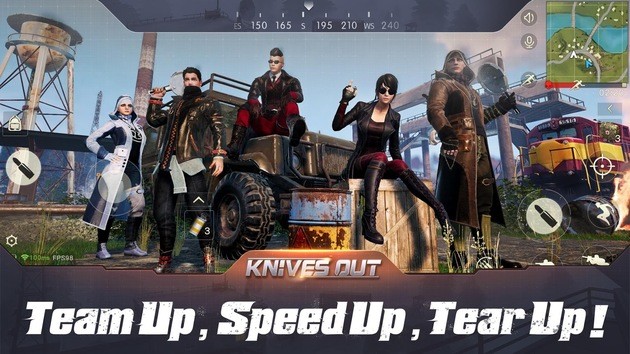 Knives Out was developed with the intention of having one of the biggest maps in Battle Royale for mobile. This is visible in the amount of terrain, landscapes and locations available to explore in matches. You can be in the city, just as you can be on a snowy mountain. There are tunnels, alleys and every imaginable space to go through.

As the map is huge, in this game the tension and adrenaline are even greater than in other games of the genre. You never know where an opponent will emerge from. This favors various types of approach and combat. You can use sniper from afar, as well as you can attack enemies with the knife. The choice is yours, as long as you survive the end.

The Knives Out game also allows teamwork. Play as a duo, quartet or quintet with Duo, Squad and Fireteam modes. This makes it easier to eliminate your opponents, since out of 100 players that start a match, only one will win. 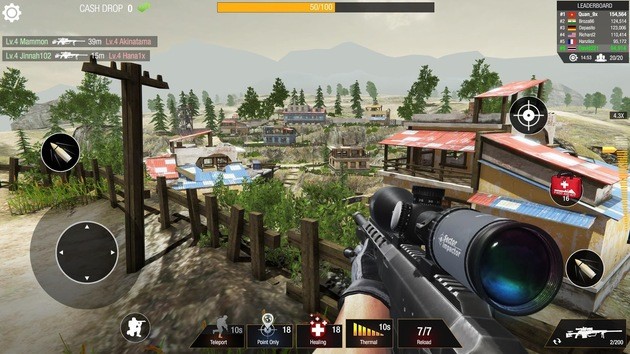 Bullet Strike is that Battle Royale for those who don't have much time to play. While Free Fire matches usually last up to 10 minutes, since there are 50 players, in Sniper Games the maximum number of players is 20. Many may think that this is bad and can make the game boring. On the contrary, it is precisely what gives Bullet Strike more adrenaline and intensity.


Also, as the title suggests, this Battle Royale is focused on the use of snipers. There are several models of this type of long-distance weapon. Those who prefer the camper style, which waits for enemies, hidden, will love to stay behind some bush looking for a perfect head shot.

In addition to the many sniper rifles you can acquire in the game, the ones you already own can be upgraded and improved. Armor can also be acquired. There are several maps and game modes, which are constantly being updated. Despite not being a standard Battle Royale, it is a shooter that provides a very similar experience. 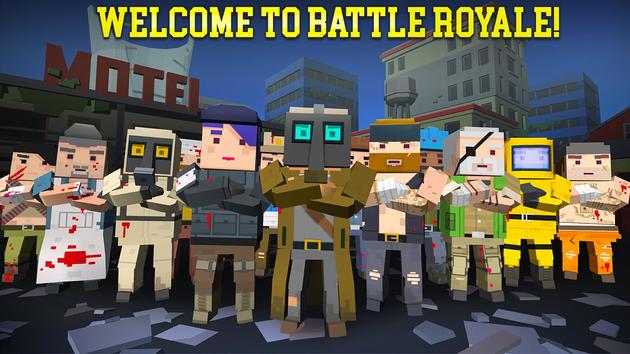 Grand Battle Royale is quite different from Free Fire. First, because it is visually very similar to Minecraft. That is, instead of the realistic avatars that traditionally appear in games of the genre, you will have dolls formed by blocks. This appearance makes the game fun, funny and doesn't detract from its potential.

Initially it may seem a little confusing, but it is not. Gameplay is as simple as possible. As in Free Fire, your character will be transported to a large battle arena. Jumping with a parachute, you'll have to look for weapons, supplies, items, equipment and anything else that can be useful for your survival on the ground.

Although there is a map, it is useless, because you can barely see anything on it. The hardest part is just getting around, since the avatars' movements are really fast. Controls are sensitive. If you go forward and almost at the same time try to go backwards, the game may freeze.

Weapon options are almost the same as in Free Fire. Melee weapons such as knives and axes are easier to wield when the player is still learning how to handle Grand Battle Royale. Not that it's difficult to aim with firearms. Their problem is that the amount of ammo is practically invisible all the time.

The only problem with the game is that it doesn't run at all on low-speed phones. 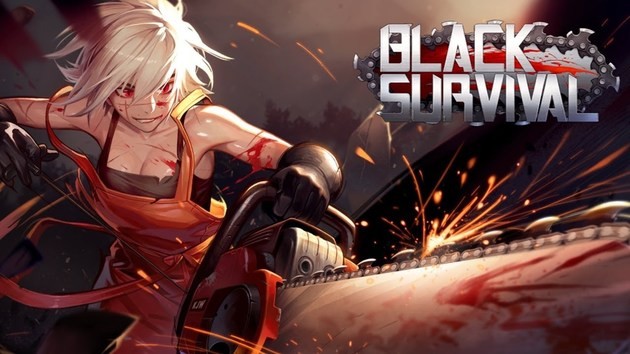 Another proposal quite different from Battle Royale that we cannot leave out of our list. Black Survival only features 10 players per match, with each match lasting up to 20 minutes. These players are taken to a deserted island, which is divided into twenty-two areas. It's plenty of space to collect resources, weapons and equipment. Creating your own weapons from the resources you obtain is also an option in Black Survival.

The gameplay is quite different from what we are used to seeing in other Battle Royales. First of all, the visuals of the game are like a Japanese animation. There is no 1st or 3rd person, but a mix of point and click with a game system that allows the screen to gradually advance through the scenarios finding items and enemies.

Speaking of enemies, combat is a bit confusing at first. Enemies suddenly appear on your screen and you need to be quick to hit him or he will. To do so, you must click on the button corresponding to your weapon on the screen. There are 7 different types of weapons, divided between melee weapons and firearms.

The game encourages the player to hunt animals while exploring the areas. From them you can get resources to make new weapons and items, in addition to leveling up. Some areas start to be closed as time goes on, something that in Free Fire, for example, is quite common. In the end, whoever is the only survivor is the winner.

This game is available on Google Play 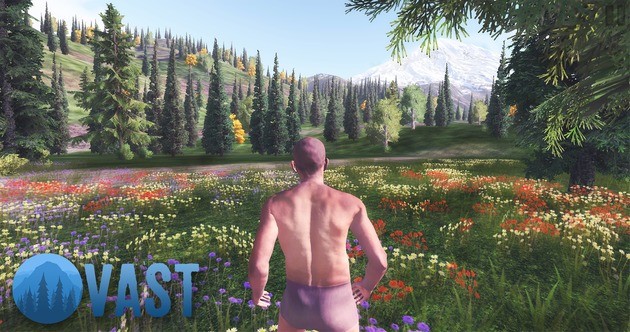 Vast Survival surprises by presenting one of the most realistic visuals of all the games on this list. For a completely free game, this is quite positive. It is focused on both competitive and co-op modes. The objective is nothing new for fans of the genre: start on a map with enemies to kill, but without any objects to do so.

In Vast Survival, by the way, you start out without clothes. You have to go after clothes too, in addition to weapons, although you can walk around practically naked if you want. A very interesting feature of the game is the option to build walls around yourself, in order to protect yourself from the other 24 players who want to kill you.

This game has a very intuitive command system, although aiming is a bit complicated and doesn't always work. In addition, it is a game that requires your mobile to be a little above the intermediate. Vast Survival seeks to get very close to PC or console games. Even if it does not achieve this, it ends up harming those who do not have a very good smartphone. 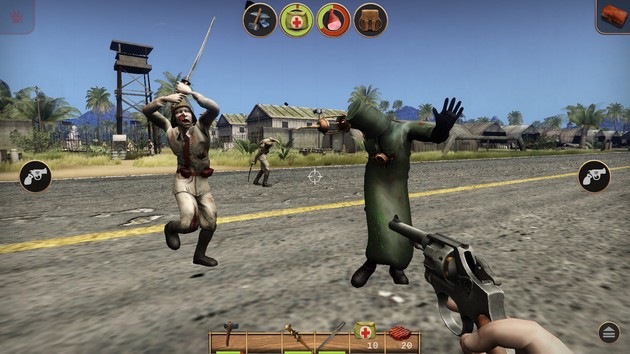 This game brings players a dual experience. There is our well-known Battle Royale mode, which is multiplayer, however there is a single player mode, focused only on survival in a land infested by zombies. The interesting thing is that the two modes connect well, and it is mandatory that you play the single-player mode first.

The single player mode serves as a kind of tutorial. That's where you'll get the "wisdom" on how to collect resources, create your own weapons and even build fortifications. As in Vast Survival, building small buildings for shelter is not only possible but recommended. In addition, you can hunt, fish and deal with wild and ferocious animals. If you survive all single player challenges, you can advance to Battle Royale.

If you've made it to multiplayer, it's because you're worthy to face other players online. Here's everything you already know: kill all other players and survive as the single player. In this battle arena you will also have to face some natural elements that play against you. 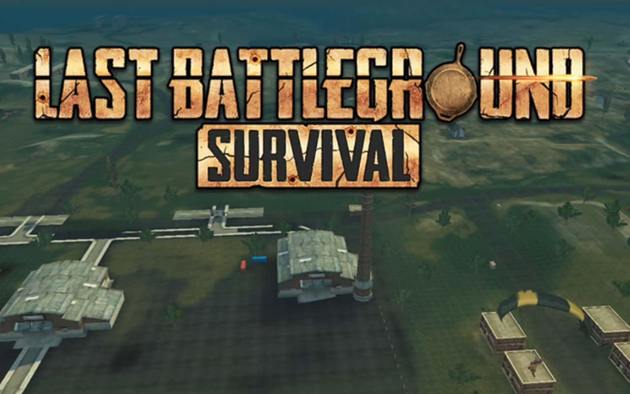 Our last name on the list is really heavy. One of its biggest innovations over other Battle Royales is the fact that you can use robots to your advantage. So if you were looking for a game with the unlikely mix between Free Fire and Titanfall, you just found it.

There are 40 players gathered in a battle arena. Once you land on the island, you must explore this arena in search of everything you can use to your advantage. Eliminate the other opponents and celebrate victory as the only survivor. The controls are quite simple, with few interaction options. Do not expect to encounter difficulties in this regard.

To be able to control robots, you must play in Mech Apocalypse mode. As soon as you manage to fill a specific bar, you will be able to summon these machines. Mounted on them will be much easier to eliminate opponents. Last Battleground: Survival allows for solo battles, as well as in duos or in groups.

The game still runs very well on older phones, without compromising the graphics too much. If you think you have some kind of crash, you can manually decrease the graphical improvement. This game is free but only available for Android.