9 essential tips on how to play Call of Duty Mobile!

Call of Duty Mobile arrived promising new air for mobile battle royales. The game is developed by Tencent, the same responsible for the PUBG Mobile phenomenon, and has many similarities with the pioneer, but also contains several very important differences.

Check out the 9 best tips for Call of Duty Mobile beginners below!

1. You will play against bots up to level 7

Okay, this one is more of a reveal than a tip, but it's for you not to be fooled when you start playing Call of Duty Mobile. The game pits you against bots up to level 7 as a way to familiarize you with the mechanics. The same strategy is used in PUBG Mobile, but there, only the first match is filled by bots.

From level 8 to level 9, you will compete with real players and bots in the same match. Only from level 10 onwards will matches be fully populated by players. You will notice this when matches suddenly become more difficult.

See how to play Call of Duty Mobile on PC with keyboard and mouse!

2. Be aware of the basic game mechanics (differences from PUBG)

Being produced by Tencent, Call of Duty Mobile has many (MANY) similarities with PUBG Mobile. However, if you've migrated from one to the other, you might be surprised by some marked differences in gameplay.

The first big difference is that in CoD Mobile you can heal by walking. That's right. There's no need to stop to recover anymore, so you can opt for a lot more evasive/defensive play. This also makes your movement even more important, since if you know how to control the character well (use jumps, slides and change directions quickly) you can heal even during a firefight.

Another very important difference is that in CoD you can use weapons even when you are in the water. This simple mechanic opens up countless possibilities for strategies that are unfeasible in PUBG. So don't be afraid to dive in if you need to hide. You can target your opponent even from underwater.

Finally, still about basic mechanics, in CoD Mobile there is no fall damage. Considering that the character always opens his wingsuit when jumping from great heights, you have more freedom and mobility than in PUBG. Get used!

Call of Duty Mobile: discover the best weapons in the game! 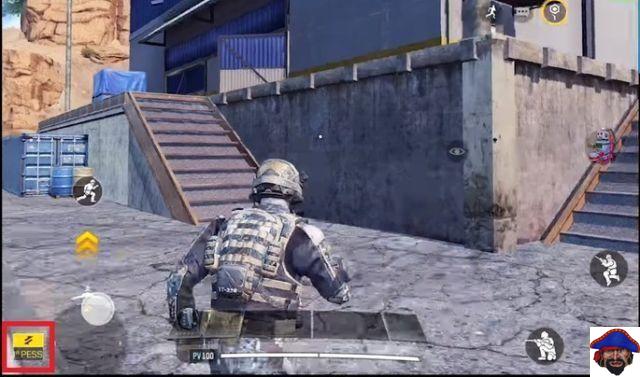 Surprisingly, in Call of Duty Mobile it is possible to switch 1st and 3rd person perspectives easily during matches (using the button in the lower left corner), and you should use this to your advantage as much as possible.

Perspective is one of the most important issues in shooting games, since in 3rd person you have much more visibility. Here, you can easily check what's behind a wall or around a corner, without having to expose your character.

So, even if you're a die-hard fan of 1st person perspective, our tip is: switch to the other when you're indoors or on terrain with a lot of obstacles. That way you can manipulate the camera in safer ways to get information. After passing the danger, you can return to the other if you want.

Call of Duty has a faster pace (similar to Apex Legends) in terms of movement. The level of aerial mobility that the characters have, plus the fact that it's possible to heal yourself by walking, makes movement even more important than aim.

Get used to using all mechanics related to movement. For example: avoid running by holding the directional pad. In addition to being cumbersome, this can impair your visibility on the screen. Get used to “locking” the race with the icon above the directional pad and let the character run alone.

Another essential mechanic for movement is glide. It makes you move a little faster, while also decreasing your hurtbox (the area where your character takes damage). To slide, just press the squat button while running.

A very simple tip that seems to come straight out of singleplayer games. There is a very (VERY) easy way to defeat Cerberus, the high quality loot-dropping hellhound in Call of Duty Mobile. With it, you can solo the monster easily even if you are poorly equipped.

To beat him without breaking a sweat, just hit him with shots and retreat behind the white fence marked in the photo above. The boss won't be able to chase him past that mark, and once he gets to the fence, he'll retreat back to where he came from. At that moment, he returns to the cornfield and continues to deal damage. Repeat the process as many times as necessary to defeat him.

As mentioned in previous tips, Call of Duty has a great focus on movement, and this translates a lot into knowing the maps well. Only then will you know where to find refuge or unexpected angles of attack.


So, in the Matchmaking menu, choose the option to play against artificial intelligence and spend this time exploring as many maps as possible, without worrying about dying quickly.

In the settings, in the “Controls” tab, you will find two aiming modes: simple and advanced. Avoid using the first one as much as possible, as it is not available in the game's Battle Royale mode.

In Single Aim mode, your character will automatically fire as soon as the crosshairs pass an opponent. In it, the shot will always be in "hip fire", which is the shot without sight (no zoom). The mode is extremely easy for first-time players, but if you get used to it, you're unlikely to switch to Advanced Aim, which is where the fun of the game begins.

The Advanced Sight opens the scope (sight) and shoots right away. This is the closest gameplay form to the console version. Despite being a little more difficult to control at short distances, it is much better at hitting opponents a little further away. In addition, it is the only aiming mode available in Battle Royale, which is the mode that provides the most XP in the game.

7. You can customize ALL your controls 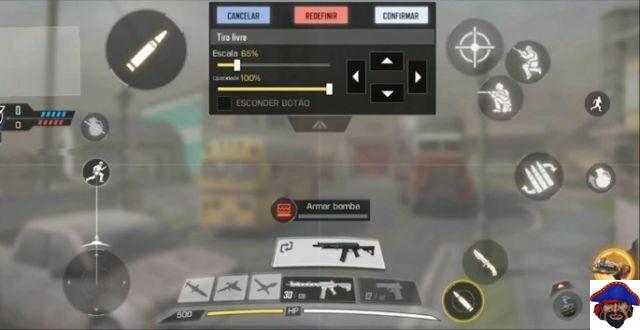 Just like in PUBG Mobile, Call of Duty also lets you customize absolutely all of its controls. In the settings, you can change the location of all buttons on the screen, as well as their transparency and size, so you don't have to be uncomfortable with any command.

In the settings you can also modify the crosshair sensitivity, another extremely important aspect. Find the most comfortable level for you and avoid changing it!

8. Use headphones and communicate as much as possible

As with most multiplayer shooters, the sound in Call of Duty Mobile is one of the most decisive factors. It's crucial that you play with headphones to know the exact direction of every noise, be it gunshots, footsteps, vehicles, etc. It is not enough to listen, you have to know which side the noise came from and act accordingly.

Now the next step: always pass the information on to your team. Basically, communicate whatever you see and hear that is helpful. In case you didn't want to talk, you can use the ping system (marking) available on the screen, just below the minimap.

Call of Duty Mobile's gyroscope is considered the most accurate made for mobile gaming, so try enabling it! The function adds much more dynamics to the game and still conveys a feeling of virtual reality.

For those who don't know, the gyroscope can be enabled in the settings to make the character's crosshair move in the same directions as you move your device. That way, if someone is shooting at you from behind, you can turn in real life to fight back. Much more fun!

All the Operator Perks and Skills in Call of Duty Mobile!

Find out where to loot in Call of Duty Mobile battle royale!

How to Play Call of Duty Mobile on PC with Keyboard and Mouse!

The best Call of Duty Mobile setup for controls and graphics

add a comment of 9 essential tips on how to play Call of Duty Mobile!