9 competitive Android games to get you started!

For some time now, the era of eSports (electronic sports) has also been established on cell phones. More and more developers are betting on games capable of combining fun with competition to attract all types of audiences. That's why we've put together a list of the top competitive games for Android to get you started training.

We only choose games that are consolidated or in the process of being consolidated in the competitive scenario. All the games on the list already have championships around the world, teams, sponsors, prizes and everything an eSport should have. Check out! 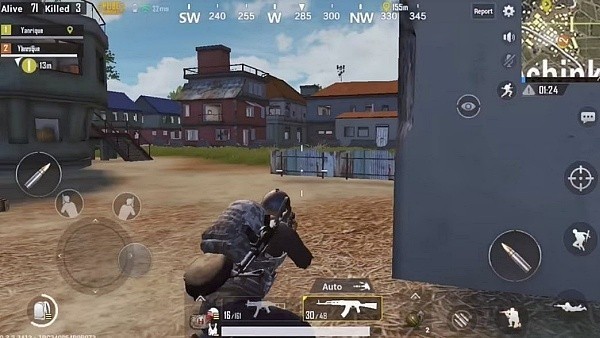 The game that made the battle royale genre a phenomenon did not take long to receive its mobile version. PUBG Mobile closely follows the changes made to the console and PC version and thus remains very up-to-date and competitive.

As in other battle royales, in PUBG Mobile you are placed in a scenario with other players (usually 100 players, but it can be less depending on the chosen mode) and the last one to survive wins the match.

In the multiplayer shooter genre, PUBG Mobile is one of the most complete: multiple modes, 1st and 3rd person perspective, lots of control customization options, constant updates, solo, duo, squads and much more.

What makes PUBG Mobile an eSport is the high complexity of its mechanics. To be a good player you will need to master the recoil of each weapon (each one has a different pattern), understand the bullet drop, have good communication, map awareness, interpret sounds and make quick choices. 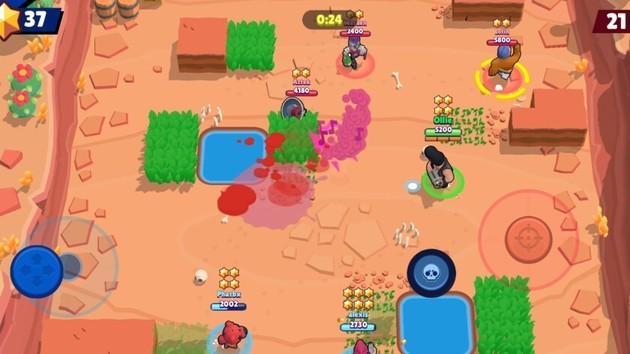 Brawl Stars is the latest hit from developer Supercell. The game is multiplayer shooting and has several different modes and more than 20 characters (Brawlers) with unique characteristics.

In Brawl Stars you can play alone, in pairs or in squads, depending on the chosen mode. Each mode has different mechanics and objectives, and are more favorable for certain characters. So, depending on the map and mode, players need to adapt their strategies and reorganize the team.

At first glance Brawl Stars seems like a simple game but to be played at the highest level it takes a lot of skill and coordination. There are already official in-game competitions that demonstrate how competitive matches can be and mechanics can be elevated to the max. Timing, team coordination and in-depth knowledge of Brawlers attributes are essential elements in this game. 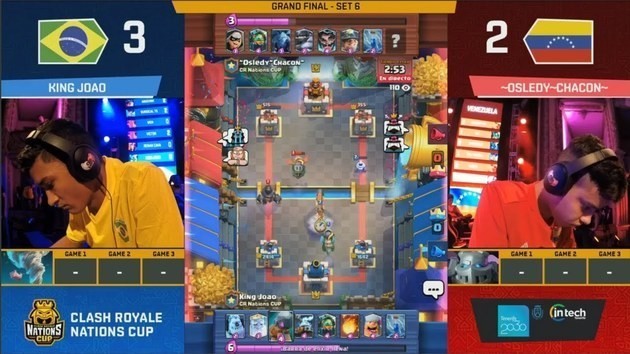 Clash Royale is another Supercell success and the biggest eSports for mobile phones at the moment, having even received a league for official competitive matches. The game mixes elements of card game, MOBA and Tower Defense. The game is extremely innovative and has many interesting mechanics that make it a competitive game.

In Clash Royale, players need to be strategic when deciding on the deck, have a high level of knowledge of the attributes and abilities of the cards, make quick decisions and manage resources. 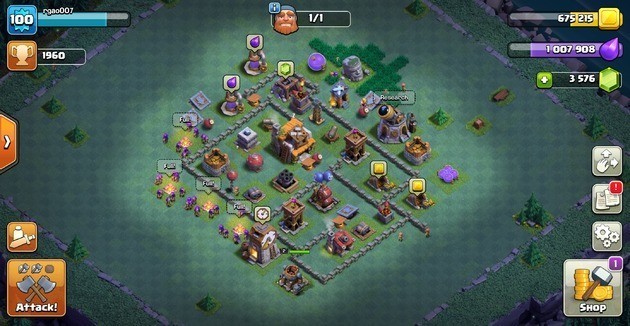 To vary the list a bit, Clash of Clans is ONE MORE Supercell phenomenon. This time the game is aimed at building and managing a village. The objective is to farm resources to build units and buildings to defend and attack other players' villages. There is also the option to form alliances with other players to help with resources and in battles.

Although the daily life of the game is not exactly competitive (since the combats take place between players with different levels of resources), Clash of Clans has interesting mechanics at the time of conflicts and, with the right rules, it becomes a game perfectly suited for competitions. Exactly for this reason, there are already championships of the game around the world.

Blizzard's card game that brings together characters and creatures from Warcraft has gained a lot of space in the competitive eSports scene. The game involves a lot of strategy, quick thinking, knowledge of cards and match ups (how one card interacts against another) and also a little luck.

Hearthstone has a very attractive gameplay and an innovative interface for card games. The game is such a success that it hits 100 million players around the world and has regular tournaments with prizes worth thousands of dollars. 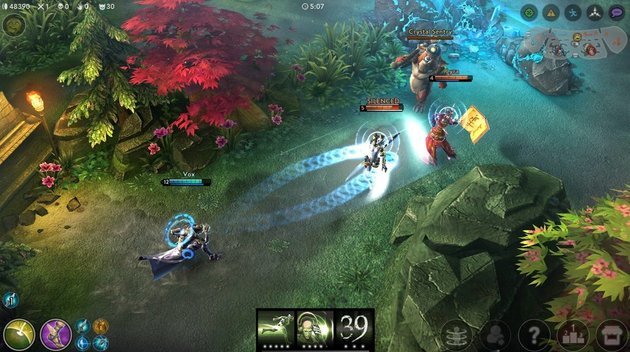 Vainglory is undoubtedly one of the best MOBAs for mobile. The game has excellent graphics and gameplay, more than 40 heroes and many different modes to keep the game varied.


Despite being originally designed for mobile phones, Vainglory gained a PC version along with the crossplay function, which allows players from both platforms to face each other online.

Vainglory is considered the most balanced MOBA for mobiles and with the most well-crafted heroes. Even so, it's not the most popular game of its kind, possibly due to the fact that other mobile MOBAs are simpler and more intuitive.

As with other MOBAs, competing in Vainglory requires a lot of knowledge of the game (heroes, skills and items), strategy, quick decision-making, reflexes and good communication. 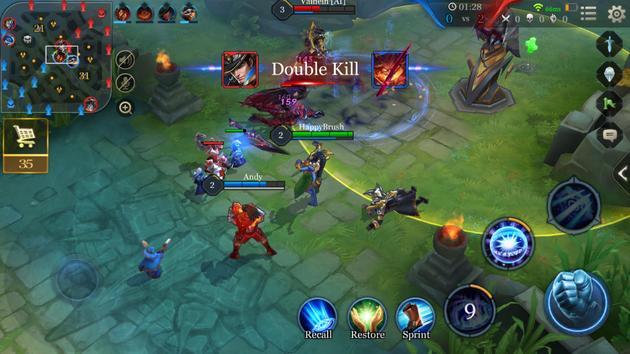 Arena of Valor is the most competitively successful mobile MOBA to date, having already awarded nearly $500 in prizes. The game has all the classic mechanics of the genre: 5 players on each team and the objective is to advance through the lanes (tracks) until destroying the enemy base.

Arena of Valor is very similar to other MOBAs for Android. Perhaps the only big difference is that, among the more than 80 heroes available, you can choose from famous characters from the DC universe such as Superman, Batman, Joker and Wonder Woman.

Click here for Arena of Valor tips and tutorials. 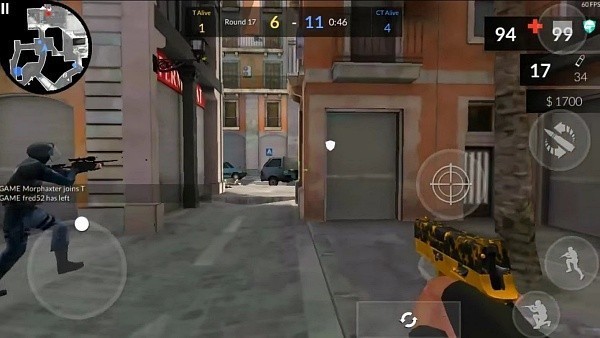 In addition to the main features, Critical Ops also copies the Counter Strike economic system, through which players receive a sum of money at the beginning of each round. The entire arsenal must be purchased with that money, so managing the economy is also something players need to work on.

Regarding the maps, Critical Ops also has several aimed at competition and, as in CS, some maps are more favorable for attack or defense. 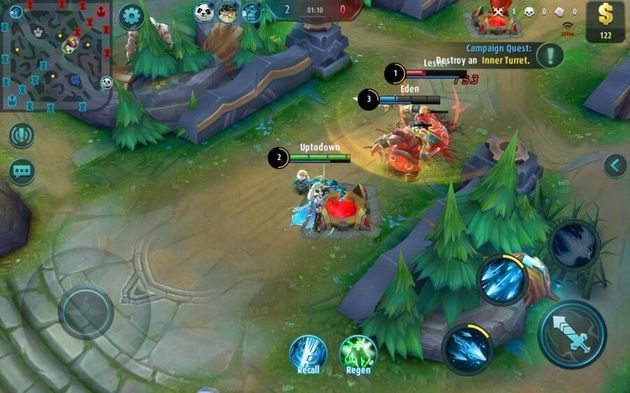 Mobile Legends is the most popular MOBA for mobile right now. The average graphics make the game accessible to slightly weaker devices and the simplified gameplay is extremely appealing to new players.

Mobile Legends has over 70 characters, multiple modes, a very active national and international community, achievement system, skins, and much more. In addition, the game is already hosting the first international competitions in Asia.

Audio Video 9 competitive Android games to get you started!
9 choice games for you to decide your story! ❯

add a comment of 9 competitive Android games to get you started!