9 choice games for you to decide your story!

Choice games have almost become a new genre of games. With a strong focus on narrative and character exploration, these titles allow the player to change the story through their decisions, thus modifying the protagonist's path and even the end of the game. If you're a fan of these mechanics, check out our list of 9 games below where your decisions influence the story!

Life is Strange is an award-winning choice game in which you control Maxine Caulfield, a student capable of going back in time at any time. With this, the character predicts the destruction of her own city and, then, decides to avoid the catastrophe.

Life is Strange can also be described as an interactive story. The decisions made by the player create a butterfly effect that changes several events, both in the short and long term. Even as the player goes back in time and modifies the dialogues, some choices that seem to have positive effects can turn out to be extremely negative in the future. 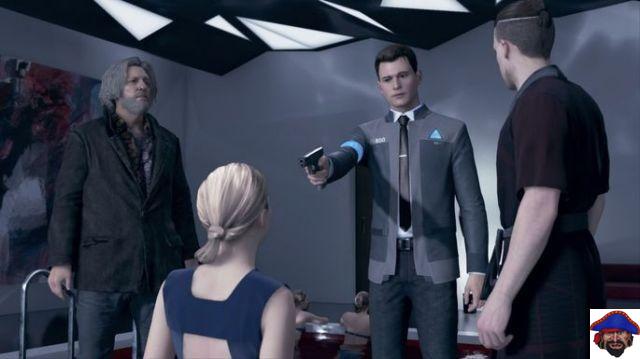 Detroit Become Human puts you in control of three androids in a future where robots are already part of everyday society. Their characters are Connor, a detective assistant, Markus, a caretaker, and Kara, a maid.

Detroit Become Human deeply explores the personal relationships between humans and android protagonists in a society dissatisfied with robot unemployment. Throughout the game, the narrative of the three characters intersect and the story becomes more and more immersive and dense.

Altogether, a campaign in Detroit Become Human can last around 10 hours of gameplay. However, each chapter has three or four different endings defined by your choices, which can turn the narrative into a totally different one.

Overall, Detroit Become Human is an extremely immersive game where you feel the consequences of your choices. 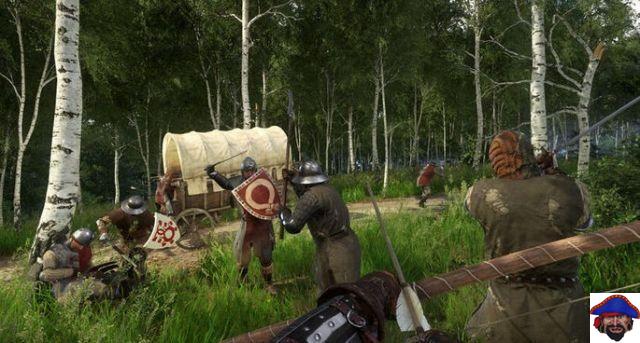 Kingdom Come: Deliverance is an RPG offering a classic medieval experience. Here you won't find spells or magic items, but an extremely faithful and realistic setting of Europe in the Middle Ages, looking more like a medieval life simulator. Here, every little decision you make will affect the gameplay and influence the NPCs around you.

In Kingdom Come: Deliverance you control Henry, the son of a blacksmith who seeks revenge for the murder of his family. Along the journey, you will need to worry not only about tiredness and hunger, but also about your hygiene and appearance, as the characters will react differently depending on whether you are dressed in blood, sword in hand, clean, etc.

The combat mechanics in Kingdom Come are very precise and dynamically paced. However, don't expect to see characters with super abilities or with gigantic, flashy equipment. Kingdom Come bet on a more realistic style and this is, without a doubt, its most outstanding feature. 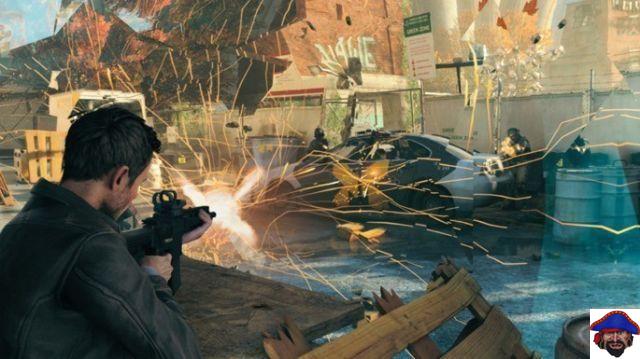 Quantum Break is a game mixed with live-action and tells the story of a temporal experiment that went wrong and, with the accident, the two main characters gained abilities to control time. All characters are played by real actors.

The plot of Quantum Break basically explores how the friendship between Jack Joyce and Paul Serene (the two characters who were given powers) became a rivalry and how the latter becomes the villain of the story. One of the most interesting aspects of the game is the fact that the player controls both the “good guy” and the “bad guy”.

Regarding the choices, all of them will be taken from Paul's point of view. Before deciding, players get a chance to watch a glimpse of the future and how their decisions will affect both the gameplay and the story of the live-action. 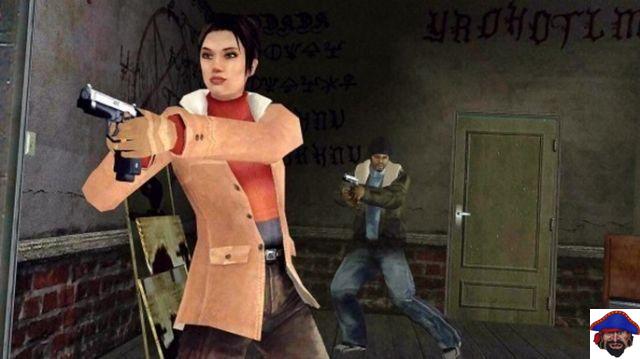 Indigo Prophecy (or Fahrenheit in Europe) is another extremely plot-focused game where you feel like you're watching a movie. In fact, the main menu does not say “New game”, but “New movie”.

Indigo Prophecy follows the story of Lucas Kane, a guy who committed a crime he can't remember and since then has had supernatural experiences he can't understand. Throughout the game, you also control other characters, including Carla Valenti, a detective tasked with solving the crime that started the game.

In addition to the innovative concept of controlling the criminal and the cop, Indigo Prophecy also provides a level of depth that only a choice game can offer. Your decisions influence the entire story and even the sanity of the characters, which can result in different experiences if you play again. 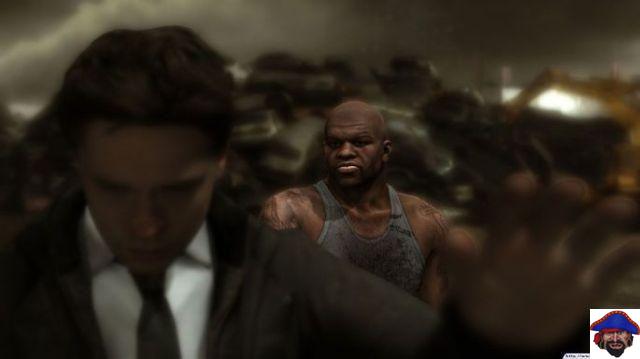 From the developer of Detroit Become Human and Indigo Prophecy, Heavy Rain is an award-winning film noir game that follows the lives of four characters involved in the case of a serial killer known as the Origami Killer. Like most games where your choices influence the story, Heavy Rain also feels a lot like a movie.


Gameplay-wise, Heavy Rain is a bit limited. In many moments (including those of greater action) the player only needs to reproduce the commands shown on the screen. However, the plot is very engaging (especially since the game is available in our language) and follows different paths according to your decisions.

In general, Heavy Rain is a game for those not looking for a lot of action. Its pace is slow and intriguing, but you're unlikely to play it just once, considering all the possibilities as the story unfolds. 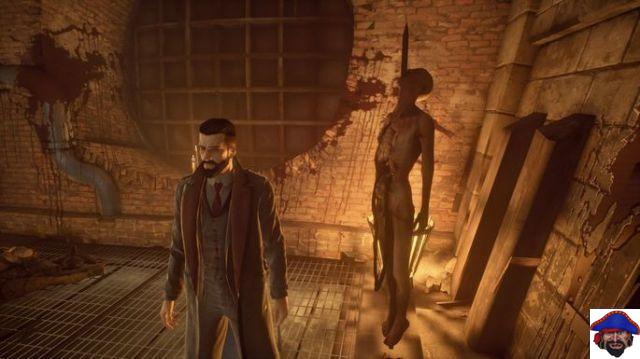 As the name suggests, Vampyr is an action role-playing game in which you control Jonathan E. Reid, a vampire doctor who tries to reconcile his life with his thirst for blood. Over the course of the game, the character gains experience and unlocks various vampiric abilities as he feeds on the blood of NPCs.

It turns out that in Vampyr, each NPC has a lot of importance and a very well explored story. Whenever you choose to feed on a certain character, you remove him from the game and end up failing to discover certain elements (including about the protagonist himself), in addition to not receiving some missions or other activities. At the same time, your character needs to kill them, so it's up to you to choose which important characters will die, even without knowing exactly what the consequences will be for the story.

8. The Wolf Among Us 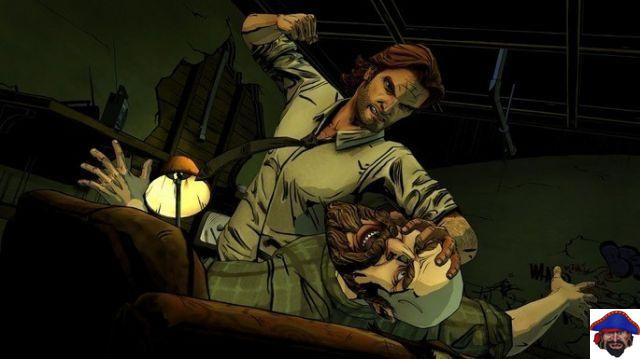 The Wolf Among Us is an adventure game with comic book graphics. In it you control Bigby Wolf, a sheriff in charge of investigating a murder. In the course of the game you need to interact with different characters and items to gather information.

During in-game dialogues, decisions appear in multiple-choice style during dialogues. These choices will have an effect on how characters view the protagonist, and will influence the story and ending of the game. Even ignoring some NPCs can also change the course of the story. 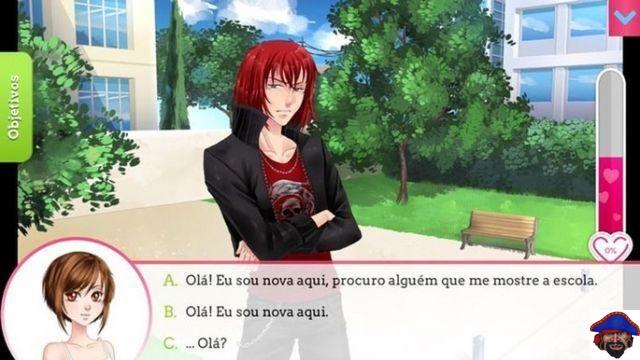 We decided to end the list with a game very different from the others. Sweet Love (or University Life) is an online romance game in which you control a girl who has just entered college. The focus of the game is the relationship between the characters and how the protagonist will interact with each one.

Over the course of the game, the way you choose to respond to dialogue affects your relationships and decides with whom your character will begin a love story or a great friendship.

Amor Doce is a game with several teenage themes such as intrigue between students, flirtations, problems in the classroom and so on. The graphics follow the style of anime, and the characters and narrative also seem to come out of a cartoon.

Audio Video 9 choice games for you to decide your story!
9 Diablo-style games for fans of the franchise! ❯

add a comment of 9 choice games for you to decide your story!