8 precious Teamfight Tactics tips to get to victory!

Teamfight Tactics (TFT), League of Legends' autobattle, is here to stay. The game is constantly evolving and attracts new players every day. To make it easier for you to adapt to this new genre, we've put together 8 fundamental tips on how to play TFT and get your first wins.

1. Prioritize your gold over your life (HP)

That's right. In TFT your priority should be to keep a good amount of gold, even if it means losing HP.

The logic behind it is this: the game involves a lot of luck (to level up your champions and to get synergies). However, if you have a lot of gold saved, you will have the freedom to use the “reroll” multiple times, thus increasing your chances of getting the champion you want. In this way, the TFT metagame revolves around money.

So don't worry about losing battles and falling behind in HP. It's very likely that while you're gathering gold, your opponents will spend money on rerolls and levelups and getting stronger in the early and mid-game. However, players who do this may stagnate in the final stages of the match (late game), either because they can no longer level their champions or even can't adapt to the opponent's strategies.

Meanwhile, the player who focuses on the late game may be behind in HP, but will have all the freedom to choose champions at the most decisive moment of the match. Just imagine the situation where you can do countless rerolls until you get the right champion to close the synergy, or even get the last unit needed for a level 3 champion. That's how you win in Teamfight Tactics.


2. Understand the rules related to gold 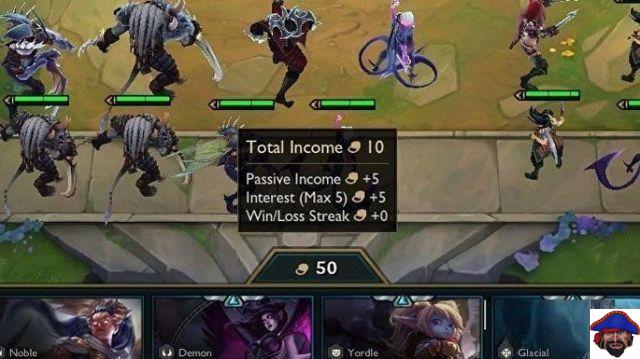 Considering that gold is the most important resource in the game, you need to know exactly how it works. Check out the rules related to money in TFT:

Interest is undoubtedly the most important source of gold in the game. For every 10 gold you have in your account at the beginning of the round, you will earn 1 interest, up to a maximum of 5. So it is very important that you stay above 50 gold (to get the maximum of 5), but there is no point in starting the round with more than 60, as there is no profit involved. In these scenarios, spend it on rerolls or XP, but don't let your gold go below 50.

How to manage your gold in TFT well

3. Tanks in the front, DPS in the back, but not always

Battles in TFT take place like any RPG: tanks in front, DPS in the back. That way, your opponents will need to get past your toughest units while taking damage from your stronger units that are positioned behind. That's not to say that whoever stays in front can't do a lot of damage, but it's preferable that the main characteristic of the front line is resistance.

The positioning of champions in TFT is one of the aspects that can improve or worsen your performance in the rounds. So even the rule mentioned above is not absolute. There are a few situations where you will need to move your champions to optimize their utility. These scenarios are:

Move tanks back: Sometimes you will need to move resistant units to the back row to protect a unit from enemy Assassins. For those who don't know, Assassins always jump behind enemy lines to attack the furthest unit. If yours are unprotected, they will likely be deleted quickly. In these situations, a tank positioned on the right side of the vulnerable unit can intercept the attack.

Move fragile DPS to the frontline: Some champions have such impactful ults that it's best that they take hits (to fill their mana) and ult as quickly as possible, even if they die right away. "Sacrificing" units for them to ult soon is a very common strategy in TFT.

Move tanks to the back row in round 15: Round 15 is a neutral round against 4 Murk Wolfs and 1 Greater Murk Wolf. All of them are Assassins, meaning they jump behind the line of defense to attack units further away. Remember that, and every round 15, make up your formation.

Late game adaptation needed: in the later stages of the game you need to pay close attention to opponent builds and try to counter them as much as possible. As such, you will often need to move champions, whether to ult, counter specific champions, avoid taking splash damage on too many units (in which case you should push your champions away from each other), etc.

4. Know the items and their effects 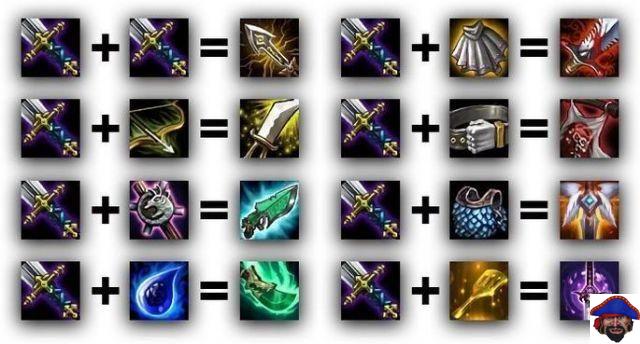 Teamfight Tactics has 8 primary items that can be dropped by minions. By combining 2 items, you form a new one, stronger and with new effects. Thus, the game has a wide variety of items available for all types of champions and builds. Familiarizing yourself with each of them is essential as a single item equipped on the right champion can easily turn the tide.

Although the item/champion combinations are numerous, here are some general tips:

The above tips are just suggestions. Check out our complete Teamfight Tactics Item Guide, then check out the TFT Item Tier List and find out who to equip each one on!

5. Make the most of the draft carousel (focus on items) 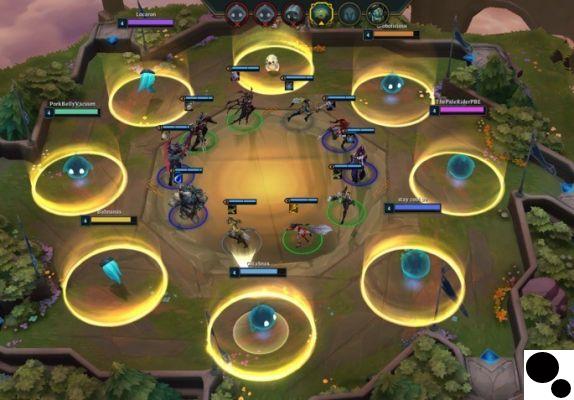 The shared draft (or carousel draft) are those rounds where players are taken to a single screen to choose their champions, in order. The first carousel of the game takes place in round 0, and all players move at the same time to choose the desired unit first.

After round 0, every multiple of 6 round (6, 12, 18, 24, etc) will be a carousel round. However, unlike the first, these rounds will give priority to players who have less HP. Thus, the first player with the right to choose will be the player with the lowest health, and so on until the last player (the one with the most HP in the game) chooses.

Well, now comes the most important information about the carousel: see it as an opportunity to obtain items, not champions. TFT is an extremely item-oriented game, so it's crucial that you take advantage of every chance to craft the good gear. Remember that you can get champions in ALL rounds of the game (not counting the possibility of rerolling). Meanwhile, items are only dropped by minions, so there are fewer opportunities.

However, depending on your HP, you may not always be able to freely choose the item you want. In that case, you should know which options to turn to when you don't get your first option. As a rule, you should choose in this order:

Note that in this whole hierarchy, the choice of champions is far below, that is, the carousel is a time to get items! However, remember that nothing here is absolute and the best choice always depends on the specific moment of the match.

6. Use champions with crowd control effect

Having champions with crowd control (CC) effect on the board is crucial, regardless of the build chosen. CCs are effects that “deactivate” opponents for a few seconds, preventing them from performing any actions.

Remember that even a level 1 champion without items can CC a level 3 and equipped champion, knocking him out of play for a few precious seconds. If he can't move, his attributes are useless. So he includes some champions with this effect and try to position them so that they fill their mana at different times. As with other games like LoL and Dota, coordinating CC to keep opponents still for as long as possible can turn any game around. This coordination is very difficult to achieve, but it is possible.

Check out all the TFT champions that have a crowd control effect below:

7. Synergy effects (origins and classes) only count on different champions

This tip is very simple. Equal champions do not count towards synergies. So, origin and class bonuses are only activated when you have the right number of different champions on the board.

This mechanic leaves room for some difficult situations where you need to pick a weaker champion to put into play, just to complete a synergy. For example: suppose you have 2 Sorcerers on the board, Lulu and Veigar, both level 2. In the next draft you get a new Lulu level 2 and a level 1 Kassadin. In this case, it is often preferable to enter the level 1 Kassadin ( much weaker than Lulu level 2) to get the synergy bonus for all other Sorcerers, which ends up being more advantageous.

Exceptions: When to Use Repeat Heroes

When it comes to probability, there is never an absolute rule. There will always be times when it's better to place a repeat tier 2 or 3 champion than a weak that completes synergies. The question is whether the champion's individual contribution is better than the synergy effect. To do this, consider the following points:

Number of champions benefited from synergy: Obviously, the more champions that get synergy buffs, the better. If the beneficiaries are few, perhaps a strong repeat champion will be more effective.

The level of synergy itself: Stronger synergies (from 4 or 6 champions) are likely to be more effective than a repeat champion. Some synergies that are simpler to complete can have less impact than a level 2 or 3 champion.

The champion's utility: the champion repeated the opponent's build? Is your skill useful enough to impact rounds? Are your attributes enough to support your team?

need for adaptation: When you start losing rounds even with synergies ready, maybe giving them up and inserting repeat tier 2 or 3 champions is the necessary adjustment.

Discover all the champions, classes and origins of Teamfight Tactics!

8. The late game is much more important than the early game

This last tip is to reinforce what was already said at the beginning of the article. TFT is so focused on the late game, it almost doesn't matter what happens in the early rounds.

It may seem strange, but what happens at the beginning of the game basically doesn't matter for the end, as long as you have gold in the mid and late game. The important thing is to always have the resources to look for the desired champions and also to adapt to the opponent's builds.

A player who has gotten strong very quickly, but then doesn't have the money to get level 3 units or to counter opposing builds, will surely stagnate at the end of the game. In the meantime, whoever has the money can make the necessary adjustments.

add a comment of 8 precious Teamfight Tactics tips to get to victory!