8 essential tips to get off to a good start in Cities: Skylines!

Cities: Skylines is a Sim City style city simulator, but better in every way. The game is quite complex and true to reality, requiring the player to be aware of many things at the same time, which can intimidate those more novices.

With that in mind, here are 8 essential tips for you to start your city the right way in Cities: Skylines. Check out! 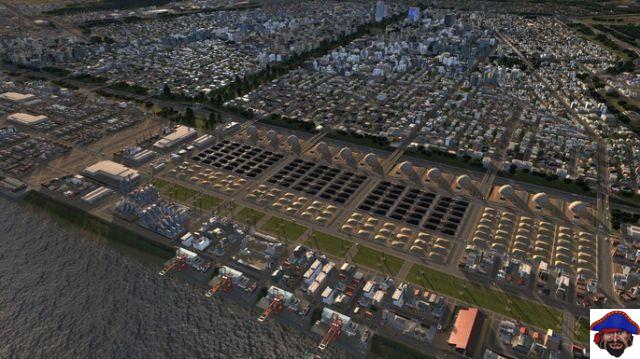 One of the first notions you need to have in Cities: Skylines is: you don't mix industrial buildings with residential or commercial cores (these last two can be close together, no problem). Many beginning players decide to cram everything into one place, thinking it will speed up the city's progress. Wrong.

As a general rule, place residential areas away from buildings that supply energy, water and sewage collection systems. These three services are among the first things you set in the game. After building them, take their locations as a reference and start residential and commercial centers away from them.

The main reasons for this separation are that the buildings that supply the city generate noise and pollution, in addition to requiring the traffic of cargo vehicles in the vicinity (which move more slowly and delay the displacement of the inhabitants). 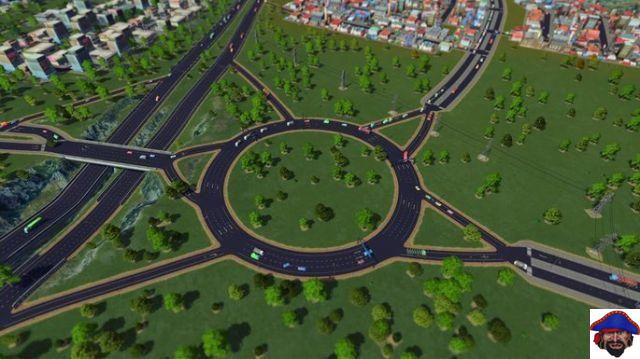 As your city grows, it is inevitable that the number of streets will increase and traffic will become denser. Over time you will notice that having too many intersections is detrimental to the flow of your city as vehicles have to stop and wait very often.

To avoid this problem further down the road, try to prioritize building roundabouts over major intersections. They are the best way to keep traffic flowing smoothly, as vehicles do not have to stop and wait.

Keep in mind that the goal is not to end all intersections. They will still exist in greater numbers than roundabouts, but try to visualize the most favorable locations for each. Among the main situations are:

Move your crosses away from each other

To complement the tip, avoid building intersections too close together. This will cause traffic to have to stop very often. Remember that traffic jams cause noise pollution, devaluing the area and increasing the dissatisfaction of residents, who may decide to leave the city.

This tip is very simple but very useful for beginners who tend to build what is cheaper, without thinking too much about the future. Whenever money allows, build walkways instead of crosswalks. This will ease traffic, especially on arterial streets and shopping centers, as cars will not have to stop for pedestrians to cross.

Another good location for the walkways is close to public transport stops, where there is always a good flow of pedestrians.

Traffic is one of the aspects of Cities: Skylines that changes the most as your city expands. It is important that you plan ahead for streets, intersections, roundabouts, walkways and anything else related to traffic. That way you avoid wasting money by making too many changes.


4. Relocate buildings instead of destroying them

In Cities: Skylines you can simply relocate buildings. This is a much cheaper option than destroying the first and building a second somewhere else. The function is extremely useful for reshaping your city, especially when you need to upgrade tracks, making them wider (something that will happen very often). 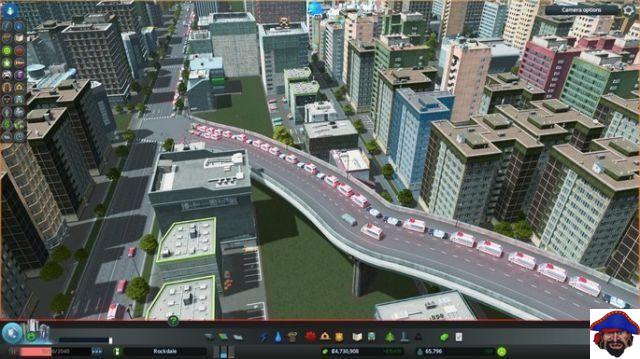 There are several factors that contribute to congestion in Cities: Skylines, and the quicker you can identify them, the better. In this sense, know that the game is so true to reality that you don't have to keep memorizing a list, but just think logically.

Hospitals, schools, buildings, airports, train stations, ports and public transport stops are the main structures you need to pay attention to. If you think about it, each of them has its own reasons for throttling traffic, whether it's boarding and disembarking passengers, loading or unloading materials, etc.

For more central structures like schools and hospitals, be sure to build them on arterial streets as wide as possible. As for those responsible for bringing people to the city such as airports and ports, the best option is to build them in more isolated locations and make sure to connect you to the center with public transport. That way, people leaving or arriving in the city will not need to use cars.

6. Use the break sparingly

If you're new to Cities: Skylines, you'll likely spend a lot of time with the game paused while you edit your city. This is normal. However, it is important that you get used to running your city as quickly as possible without pausing the game. That's because whenever you pause, you stop generating resources and stop making money.


Whenever you edit without pausing, be careful only when modifying streets and roads or the supply of light, water and sewage. If the changes are not made correctly, or if they take too long, they can cause serious complications in your city.

7. Free public transport is worth it! 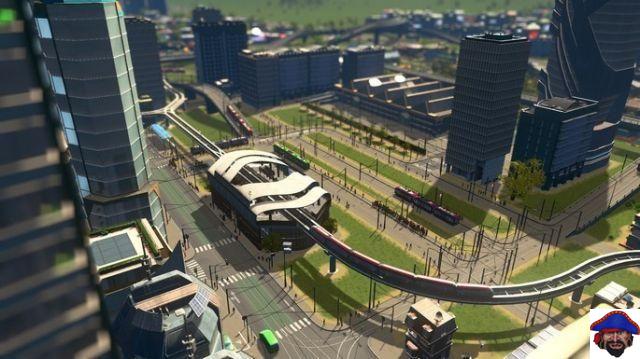 Amazingly, providing free public transport is beneficial for you in the long run. That's because, the profit from the tickets is always little and it doesn't make that much difference. On the other hand, when public transport is free, the number of inhabitants who stop using cars is very large, which ends up greatly reducing congestion and the degree of pollution (two factors that are difficult to deal with in the game).

However, make sure that the journey with public transport is fast. If it takes too long, the inhabitants will still use a car and the free ticket is useless. This is also true for cases where only one commute (round trip) to work is fast and the other is slow.

8. Enjoy the game to the fullest: install mods

Cities: Skylines is linked with the Steam Workshop, where you can find numerous options for mods (modifications) for the game. For those who don't know, mods are small files that, when placed in the game's folder, change the experience in different ways.

There are mods for every taste in Cities: Skylines. There are so many (SO MANY) that it is even difficult to name just a few. For example, it has mod to help with traffic management, to install real-world buildings (like IKEA), to add new street options, to synchronize game time with real time, etc. Check the Steam Workshop and customize your game. It is worth it.

add a comment of 8 essential tips to get off to a good start in Cities: Skylines!