8 Ball Pool is a mobile pool game where you can compete with players from all over the world. Despite the simple graphics, the game has very interesting physics that allow you to deeply explore the angles and power of each shot to get the results you want. If you are new to 8 Ball Pool and want to bet higher and higher, check out 8 tips below to get you started!

1. Choose the strength of your shots wisely

It is very common for beginner players to choose to hit hard most of the time. Do not do this. Get used to moderating the power of your shots even in situations where a strong shot solves the problem. Think of it this way: if a ball can be pocketed with a weak shot, why use a strong one?

The rationale is that with a weak shot, you will have greater control of where the cue ball will be after the play, thus allowing you to better predict your next moves. However, if you really need to renew your positioning or "mess up" the table, don't hesitate to hit hard.

2. Take your time and predict the next move 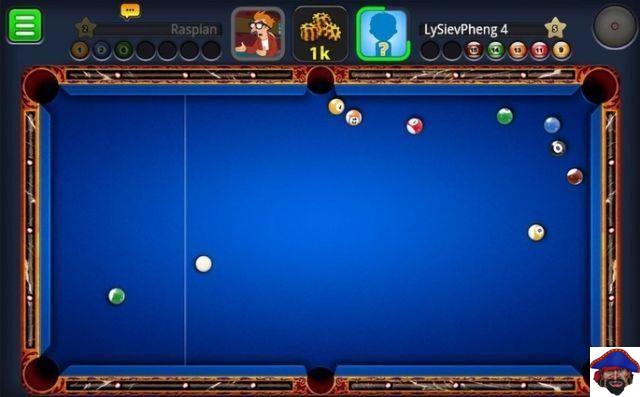 This tip is simple but very pertinent for new players: there's no need to rush. As much as you may not be able to do this at first, practice early on predicting your next shots and choosing the strength and angle of your shots based on that. This planning can only happen if you take your time and use all the time available on each shot.

Whenever you shoot, avoid quickly choosing the most obvious angle, even if it is enough to pocket your ball. Always spin the cue and look for more optimized alternatives.


3. Unlock your balls at the first chance 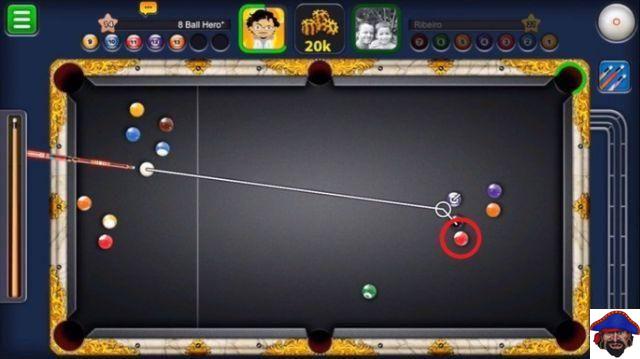 Much of your success in 8 Ball Pool relies on big streaks of pocketed balls. So, even if you're close to losing, it's always possible to turn the tables if your balls are in a position to score. For this reason, unlocking your balls is often more important than pocketing one.

Remember that a blocked ball can be your late game failure, so at the first opportunity, prioritize moving blocked balls rather than pocketing one. Only then will you open up the chance to complete a streak at the end of the game.

4. Change clubs, but not too much

Each club in 8 Ball Pool has its own characteristics and attributes. As you progress and earn in-game money, you can get different clubs in the shop, allowing you to gain bonuses to Strength, Aim, Spin, and Time.

It is indisputable that some clubs are better than others, but this is not as important as it seems. Save your money, buy better clubs, and after a while, avoid switching clubs often. Your level will increase much more once you get used to a club and how it behaves in every situation. 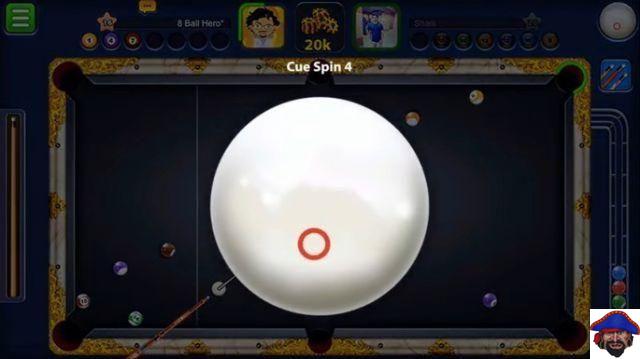 Moving on to something more advanced, know that it is possible to hit balls with effect in 8 Ball Pool. For that, you just need to click on the white ball icon in the upper right corner of the screen. This will give you the option to choose which area of ​​the cue ball you will hit with the cue.


We suggest that you explore this menu by practicing offline numerous times. You can get all sorts of effects on the balls by combining the power of the shot with the area touched on the cue ball. With this you will be able to obtain very useful plays like curve balls or even control the recoil of the white ball after hitting a ball. 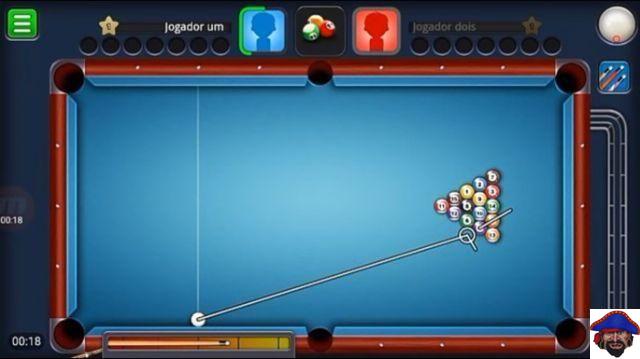 The first shot in 8 Bal Pool is, without a doubt, the most important in the game. If you don't pocket at least one ball on the first shot, the chances of you losing the game are very high. Thus, a successful first shot is the initial step of your victory.

A good first shot is one that pockets balls and still leaves all others in good position for you to follow up. To do this, there are a few little tricks that can improve your chances:

While not 100% guaranteed, if executed well, these tricks greatly increase the chance of your first shot being unsuccessful.


7. Be patient when choosing tables 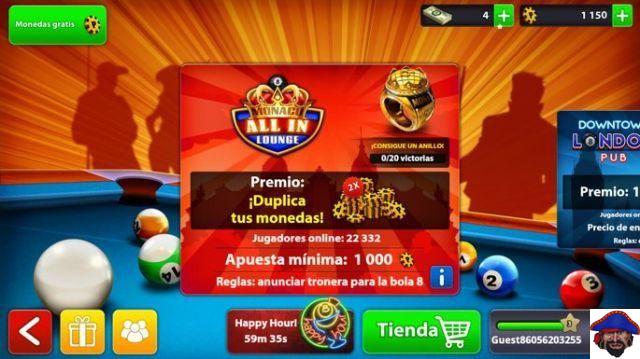 Don't confuse the value of tables with your player level. Trust me, you really don't need to be in a hurry to join the more expensive tables. It is true that your prizes are bigger, but obviously the level of the competitors is also higher.

Many players end up joining more expensive tables as soon as they get the money to play. Do not do this. You're better off taking your time at the cheaper tables until you master all the mechanics of the game rather than rushing to bigger tables and losing all your money. Remember, the competition level is higher and it may surprise you.

One last very simple tip: log into 8 Ball Pool every day even if you don't play. Like many other mobile games, 8 Ball Pool provides daily rewards that increase as you play consecutively. Considering it's a game where your money defines everything, any reward is most welcome.

add a comment of 8 Essential Tips for 8 Ball Pool Beginners!