Dota Underlords is part of the new autobattle game genre. Because it is a new concept, many players feel totally lost when starting the game. That's why we've brought here some essential tips that are not informed in the game for you to get the spirit of the thing and start winning.

Check out 8 tips to start winning in Dota Underlords!

1. Your HP is not the priority, gold is 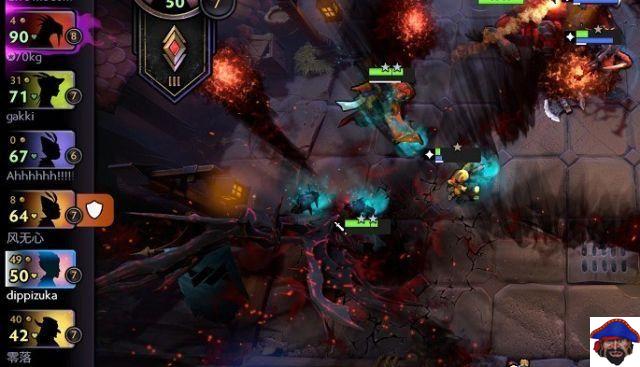 Perhaps this is what causes the most confusion among new players. It may seem strange, but you should be less concerned about your HP and more about gold. Let's explain.

While Dota Underlords involves luck in obtaining Alliances or leveling up your heroes, you can make your own luck through one thing: gold. When you have enough gold to spend, your chances of getting the units you want increase greatly as you can reroll freely. At one point in the game, the game revolves around that.

However, gathering a lot of gold in Dota Underlords often means falling behind in HP. This is because while you are raising money, your opponents are spending it all on rerolls and levelups and consequently getting stronger early on in the game.

It turns out that Dota Underlords is a game aimed almost exclusively at the late game, that is, from round 20 onwards. The player who has collected a lot of interest and has a good amount of gold will undoubtedly be able to control the game. Meanwhile, players who spent everything to get strong fast may become stagnant in the game and have no ability to adapt, then they will start to lose their HP in droves.

2. Learn to manage your gold 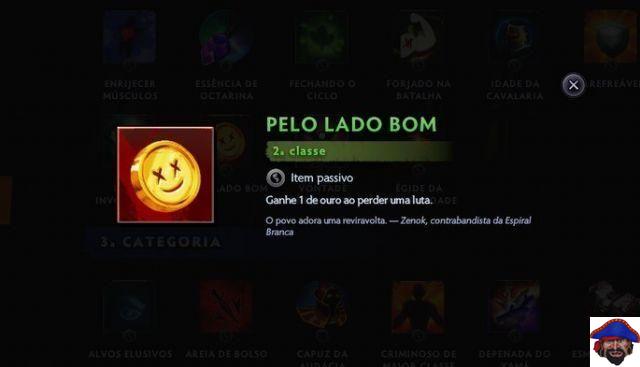 As stated above, gold is the most important resource in the game and you need to know how to manage it. To do this, you must first understand how earnings work:

Of the above rules, the most important is, without a doubt, the interest rate. For every 10 gold you have in your account at the start of the round, you will earn 1 interest. The maximum interest you can receive is 5, that is, it is important that you stay above 50 gold (to get the maximum of 5), but there is no reason to start the round with more than 60, since there is profit involved. So be sure to spend your surplus gold.

That said, there are some basic rules you should follow to manage your money well:

3. The effects of Alliances (synergies) only count on different heroes 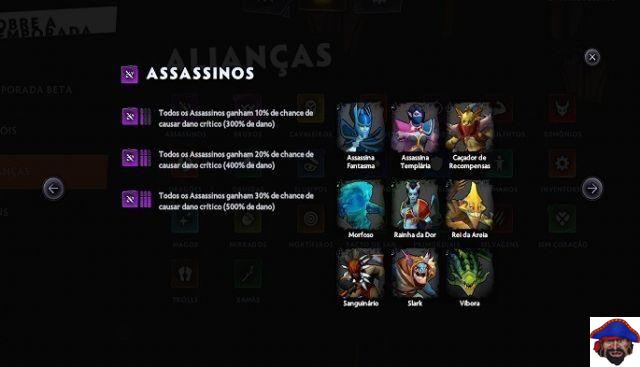 This tip is very simple. Equal Heroes do not count towards the Alliance count! So synergies are only activated when you have the right number of different heroes on the board.

This causes some interesting situations to occur. For example, imagine you have 5 Warriors on the board: Kunkka, Lican, Pudge, Slardar and Ivory, all level 2. Now you only need 1 Warrior to complete a new synergy and you get a level 2 Lican and a level 1 Rock in the draft. As much as Lican level 2 is much stronger than Pebbles level 1, the right hero to put on the board is Pebbles, as he will complete the synergy and grant the bonus to everyone else.

Meet the heroes of Dota Underlords and the effects of their Alliances!

4. Position your heroes like in an RPG, but there are exceptions 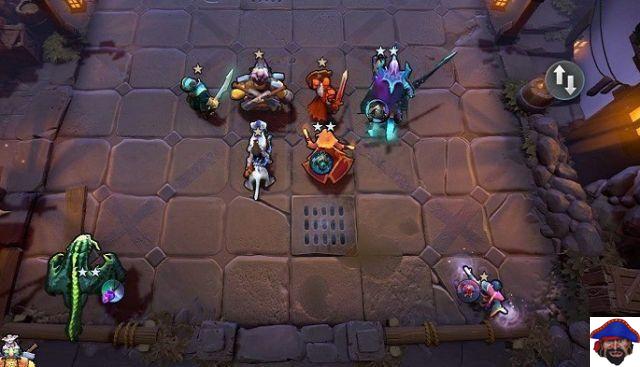 Dota Underlords follows the “law” known to any RPG player: tanks in the front, DPS in the back. The goal is for your heroes that deal the most damage to stay on the board longer while attacking safely.

However, this rule has exceptions. The first one is when you need to take a tank out of the front line and put it behind to protect an important unit from enemy Assassins. For those who don't know, Assassins always jump behind enemy lines, and important units that are unprotected will be destroyed quickly. At this point, it's interesting to have a tank well positioned to intercept the attack.

The second exception is when you need to move a DPS to the frontline. This happens when the hero's main objective is just to ult (use his skill when mana is full), even if he dies soon after. A good example is Medusa. Her ult is extremely strong and can change the course of rounds, so it's often best to move her to the front line (although she's quite fragile) so she gets a lot of hits and ults quickly. 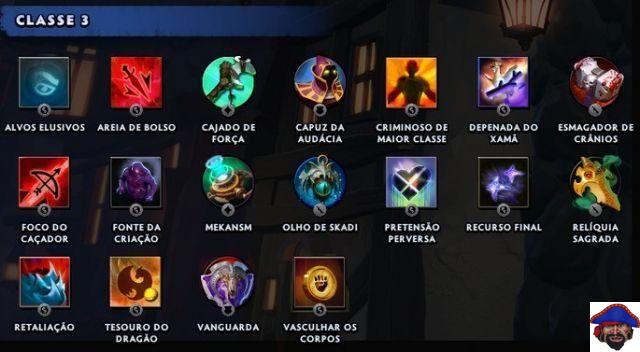 Dota Underlords has over 30 equippable items (those that aren't passive items). Its effects are the most varied and there is always a more efficient way to use them, so don't randomly equip your heroes.

Let's take an example: the Mask of Madness item grants +40 attack speed and +10% lifesteal. However, it also silences the wieldering hero, meaning it prevents them from using abilities. This is undoubtedly a big downside to the item. However, the silence effect does not cover passive skills, so heroes that only have this skill type are simply not affected, such as Antimage, Drow Ranger, Troll Commander, etc. This type of hero is perfect for wielding the Mask of Madness, considering they only take advantage of the item's good side.

Another example: Medusa's "Split Shot" passive skill causes her to hit two opponents instead of one. If you're not sure which hero to equip the Skull Crusher item, consider equipping it on Medusa. That way you have a 25% chance to stun three opponents, not just one.

There are numerous different hero and item situations. The examples above are just to illustrate the potential to be exploited by the different combinations. Spend time reading the characteristics of each hero and discover the best builds!

Discover all the items in Dota Underlords!

6. Make sure you have crowd control on your board 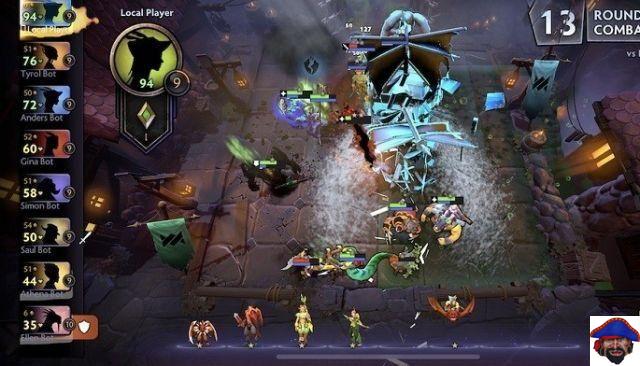 Regardless of the build chosen, be sure to have at least one hero with crowd control (CC) effect. CCs are the effects that “deactivate” opponents for a few seconds and are precious in any battle.

Remember, it doesn't matter how strong an opponent's DPS is. If he can't move, he won't do any good. So include some heroes with this effect and try to position them so that they fill their mana at different times. This coordination is quite difficult to achieve, but it is possible.

To make your life easier, here's the list of heroes whose ult has crowd control effect (not including those that cause debuffs):

7. The hero pool is shared by all players 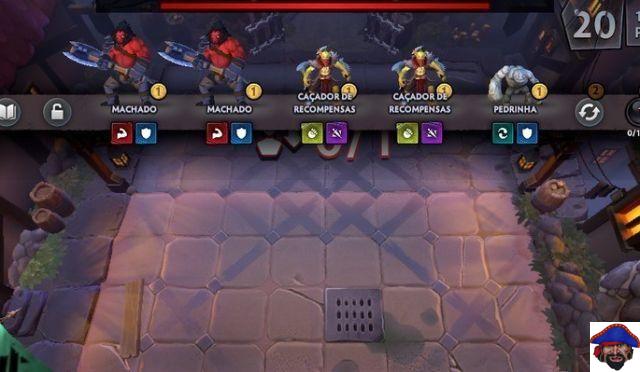 This is one of the most important pieces of information in the game and you will need a lot of attention to put this tip into practice, but the sooner you start practicing, the better.

The heroes that appear for choice at the start of each round come out of a reservoir that is shared by all players. Imagine a single deck of cards that is shuffled each round and redistributed for players to choose from. That's exactly what happens. Whenever a player is eliminated from the game, all their heroes return to the shared pool.

The exact amount of each hero in the reservoir is:

The effects of this mechanic are enormous. That's because, if you notice that there are, for example, many Alchemists on the opponents' boards, you'd better not create hopes of being able to level your own Alchemist, as the chances of this hero appearing for you will be much lower.

So, keeping an eye on the leaderboard (TAB key) is crucial not only for you to make safer investments in your build, but also to get in the way of rival builds. If you notice that your opponent is in need of a hero X, and he appears to you, a good strategy might be to buy him and keep him for a while.

Anyway, in the late game, always keep the above numbers in mind and do the math on how many heroes you need there are still in the reservoir.

This last tip is to reinforce what was already said at the beginning of the article. Dota Underlords is so focused on the late game, it almost doesn't matter what happens in the first few rounds.

The idea is strange for new players, but it really doesn't matter how many rounds you lose early on if it means you have gold in the mid and late game. The important thing is to always have the resources to look for the desired pieces and also to adapt to the opponent's builds.

A player who has gotten strong very quickly, but then doesn't have the money to get level 3 units or to counter opposing builds, will surely stagnate at the end of the game. In the meantime, whoever has the money can make the necessary adjustments (and Dota Underlords is all about small adjustments) to control the final rounds and start the comeback.

See the differences between Dota Underlords and Teamfight Tactics!

Audio Video 8 essential Dota Underlords tips to start winning!
8 essential tips to get off to a good start in Cities: Skylines! ❯