8 Age of Empires style games for those who like strategy

Age of Empires is undoubtedly one of the greatest classics of real-time strategy games. After all, Microsoft's celebrated franchise helped found one of the most played genres around the world, known as RTS. Since its release, therefore, dozens of other games in the same style have been produced, in an attempt to achieve the same success.

If you are a fan of RTS games, you must surely know which games we are talking about. Although in many cases they vary in themes, they are very similar in gameplay compared to Age of Empires. Below you will find 8 real-time strategy games that can replace the good old Age and that will certainly yield good hours of fun. 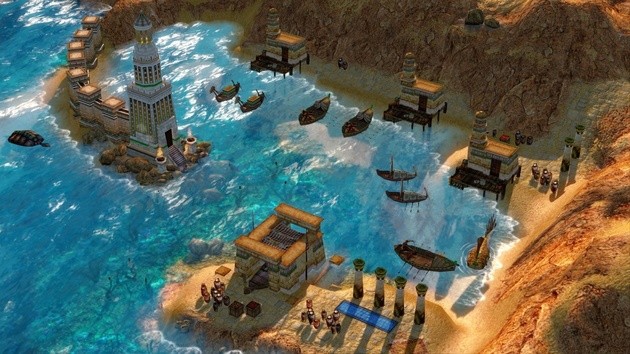 Let's start with the younger brother of Age of Empires. Age of Mythology is a famous spin-off of the classic franchise. Based entirely on ancient mythologies, it allows the player to delve into the legends and myths of the Greeks, Norsemen and Egyptians.

The main campaign puts you in control of Arkantos, a military man from the city of Atlantis. His mission is to hunt down a Cyclops who is helping Poseidon in an attempt to destroy his hometown. Here you venture into battles and conflicts against the three aforementioned cultures.

Like its predecessor, Age of Mythology has fairly simple gameplay. It is based on building housing and battle structures, as well as gathering resources. This to form an army capable of destroying enemy units and cities. The latest version, Extended Edition, comes with improved graphics.

You should play Age of Mythology if: 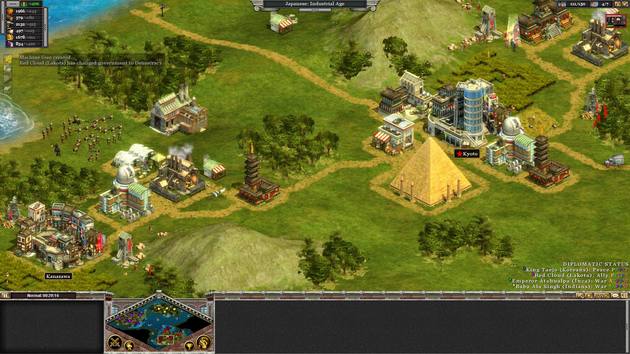 Rise of Nations is one of the great successors of Age of Empires. This game sought to distance itself as much as possible from the classic that inspired it, by bringing new game mechanics. There are elements that were taken from turn-based strategy games, such as the inclusion of Lands. That is: each army has advantages and disadvantages, depending on the terrain where it is.

There are 18 civilizations in Rise of Nations. Each one has unique and exclusive abilities, which are in keeping with historical characteristics. You can choose from the Aztecs to the Koreans, passing through Turks, Greeks, Portuguese and even Bantu.

Another differential of this game in relation to Age and many other RTS is the presence of air units. In addition to land and sea units, there is the possibility to control planes and helicopters. There are, in total, more than 200 units in the entire game. You unlock them all after 8 Ages.

Finally, one of the biggest highlights of Rise of Nations is its campaign mode. It is very similar to the board game War. It is possible to pick up bonus cards, in addition to making alliances with enemies. It progresses slowly through the 8 eras, which start in the Ancient Age and go up to the Information Age.

You should play Rise of Nations if: 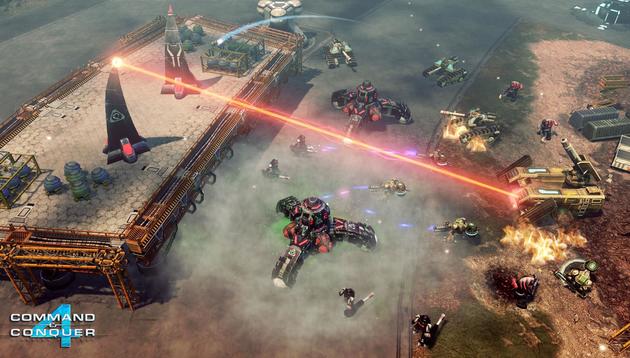 Thematically, Command & Conquer is quite different from Age of Empires. Over more than 20 years of existence, this franchise has released numerous games, but all set in a somewhat apocalyptic future. You are in a global scale war after a meteorite crashes on Earth, which covered it with precious crystals of high economic value.

Command & Conquer's gameplay also differs from Age. You must collect the crystals present throughout the map. Then you must refine them, to get the game's resources. The missions consist of saving friendly hostages, capturing enemy buildings and, of course, eliminating your opponents.

Despite being as classic as the aforementioned games, Command & Conquer is not an example of excellence in relation to all its games. We therefore recommend having fun with the prequel known as Red Alert, which is a great RTS game.

You should play Command & Conquer if:

4. Lord of the Rings: The Battle for Middle-Earth 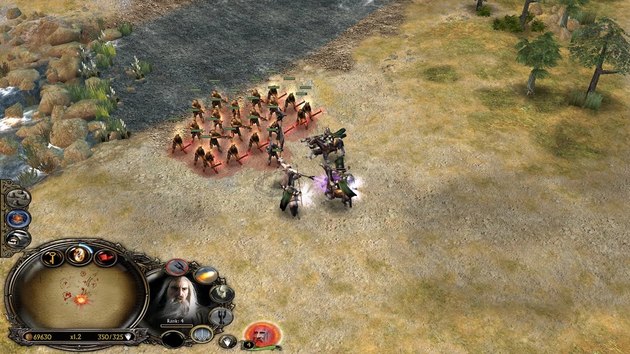 There's nothing better than a real-time strategy game to immerse yourself in the universe created by JRR Tolkien. Lord of the Rings: The Battle for Middle Earth and features four well-known factions: Mordor, Isengard, Gondor and Rohan. Plus, you can get in touch with iconic Middle-earth characters such as Gandalf and Gollum.

Compared to Age of Empires, this game is much simpler in terms of gameplay. There are few military units available, and the variety of buildings you can build is very small. The interesting thing is the campaign mode, which puts you in interaction with the narrative of The Lord of the Rings.


You should play Lord of the Rings: The Battle for Middle-Earth if: 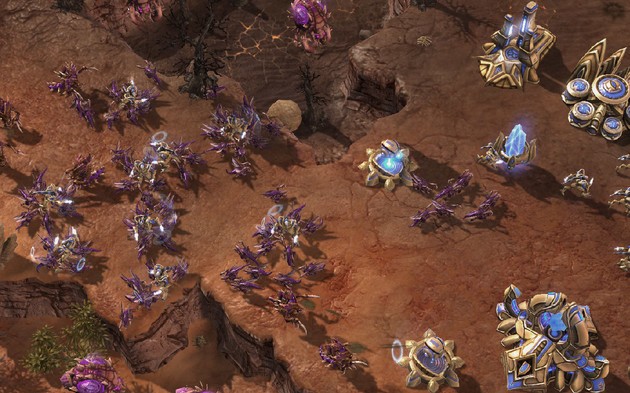 The StarCraft franchise's real-time strategy games are far removed from the RTS origins. The theme is super futuristic, featuring three different races: Protoss, Zergs and Terrans. The main campaign is divided into three chapters. Each is focused on a specific race.

Multiplayer mode supports at least 7 players at the same time. Despite StarCraft being from the late 90's, it's still played a lot on servers all over the world. In 2022 it was remastered for PCs. All its versions have the same objective: to manage bases to build armies and eliminate enemies.

StarCraft 2 was released in 2010. It initially kept only the three races from the first game. Some new units were added later, with Fanaticus and Voodoo. The focus of this sequel was on multiplayer, which has been optimized. There is now a ranking system that only matches players of the same level.

The famous StarCraft cutscenes are also present in 2. Now, of course, they are more cinematic, since in terms of graphics they have undergone major improvements.

You should play StarCraft II if: 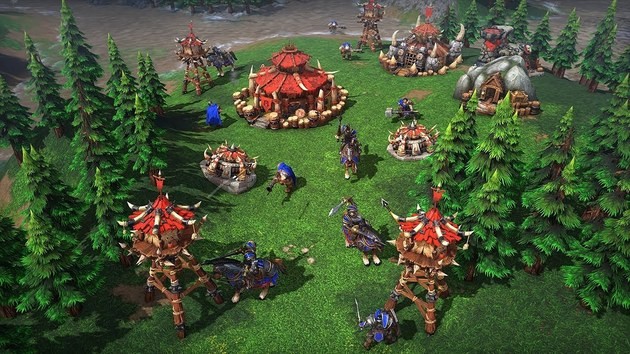 Of course, Warcraft III could not be missing from this list. One of the most classic RTSs of all alongside Age of Empires, it brings, in addition to Humans and Orcs, the Undead, Night Elves and Naga. Compared to previous versions, it brought the addition of heroes. They are more powerful units, capable of evolving their attributes, in the best RPG style.

The campaign mode is really huge. You start in Reign of Chaos, which has a prologue with two chapters. Then you go through chapters focused on the game's factions, with the exception of the Naga. The Frozen Throne expansion added four more chapters.

You should play Warcraft III if: 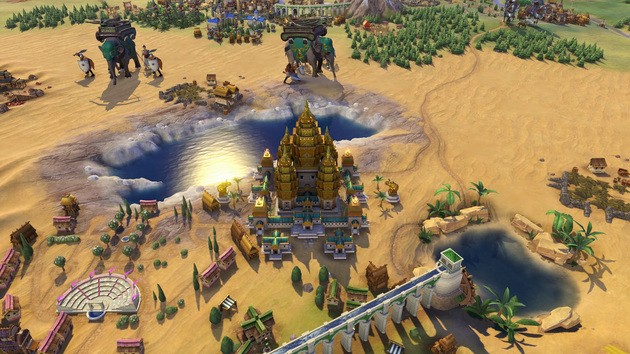 The Civilization franchise is very similar to Age of Empires, but it's not RTS. The games developed by Sid Meyer are turn-based strategy games. Still, its presence on this list is critical, as its premise is almost the same: to build and evolve a civilization throughout all the Ages of humanity.

So far, six games in the franchise have been released, in addition to numerous expansions. Regarding Age, you should note that Civilization is much more "time-consuming" and deeper. You are in control of an entire civilization, not just a city. The evolution system is more complex, mainly because you play in turns.

Also, winning in Civilization games is not so much about defeating enemies. The victory here is more open. The intention is to make its people a people who master all technologies, arts and engineering. It is, therefore, a strategy game that demands patience.

You should play Sid Meyer's Civilization if: 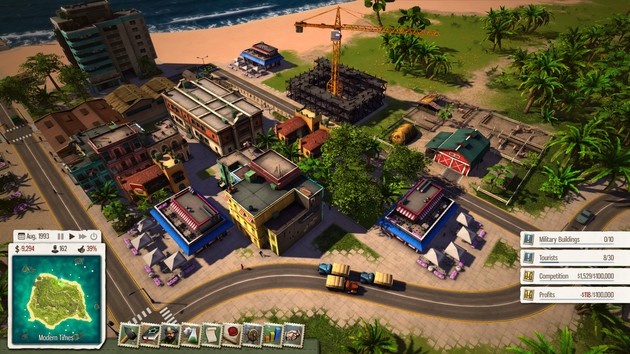 The Tropico series games are somewhat controversial, however they are worth being on this list. The goal is not to build a city and evolve it through Ages and Ages of humanity. Nor should it delve into a civilization, as in Sid Meyer's games. Your task here is to dominate a Caribbean island and become its ruler. Or, if you prefer, dictator.

That's right. Tropico allows the player to build houses, plant crops, create armies, build wonders, but all for their own gain. The entire resource gathering system and even the battles are geared towards making your Caribbean island prosper.

In this game you start as the President of a colony. One of the goals is to become independent from the metropolis, in order to make your island prosper. Of course you don't have to be a legitimate dictator. There are a number of options that allow you to take care of the people's well-being, giving them better living conditions.

You should play Tropico if:

Other articles that may be of interest: