As a good strategy game, Clash of Clans requires a lot of tactics from its players to be successful. That's why learning to defend here is just as important as knowing how to attack if you want to be a master.

To help you, we brought 7 tips to be a pro in Clash of Clans. From how to manage your resources in the game to how to structure your base and how to gain resources from enemies. Prepare for war and lead your clan to success! 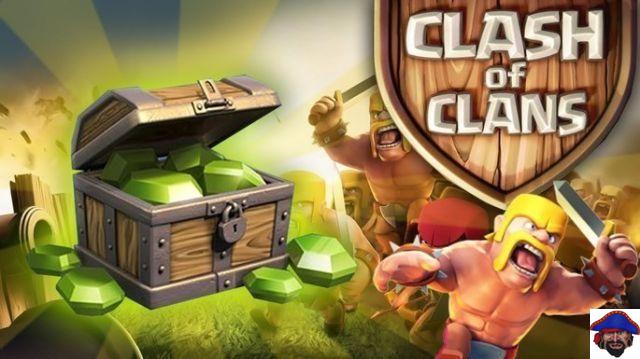 Clash of Clans allows players access to a specific internal currency to speed up the game's evolution: gems. They are very rare, as there are few free options to obtain them. Who has financial conducts, pays in real money for them.

So the ideal is to save your gems. It is not worth spending them to increase the speed of production of a certain building, mainly because it will take a long time to recover what you invested.

In that sense, save them to spend on increasing the number of builders you have in your village. Always remembering that in Builder's House mode there is a gem mine, but still with low production speed.

2. Bet on your base defenses

In Clash of Clans you can't live just by attacking enemy bases. Otherwise, everything you earn in raids will be lost when they invade your village. So the first step is to focus on making your village an impenetrable fortress.

As soon as you start the game, you will have access to low-level wooden walls. This means that any attack will easily destroy them. In this sense, your priority is to improve them as quickly as possible.

However, there is an order to follow. First we improved the Town Hall, then the walls, then defense buildings. Build mortars, archer towers, cannons and know where to place each one.

One tip is to learn as much as you can about defense layouts. They are a wonder for those who don't know how to organize the disposition of troops.

The basic strategy of the game is to build walls in order to protect your most valuable resources in the best possible way. To achieve this, you have to ensure that there are no free spaces where enemy troops can roam, keeping your buildings close together and protected by several walls.

It is advisable to place your defense structures, such as Mortars and Cannons, close to the center of your village, as these will be the bases of your protection. Some players leave low-level resource-related buildings outside the walls to attract the attention of enemies and save the most important one, which is usually found in the center of the base.

3. Build an attack strategy for each raid type

Every attack in Clash of Clans has an objective. Fighting Goblins in the single player campaign is one thing. Now raiding another player's base in online multiplayer is quite another. In other words: assemble a strategy according to each attack you will perform.

This is even more important when we are in online raids. If you want to get three stars, for example, you must destroy more than 70% of the enemy base. But this is not necessary if the idea is to do farming, since it would be enough to just attack the buildings that store resources. 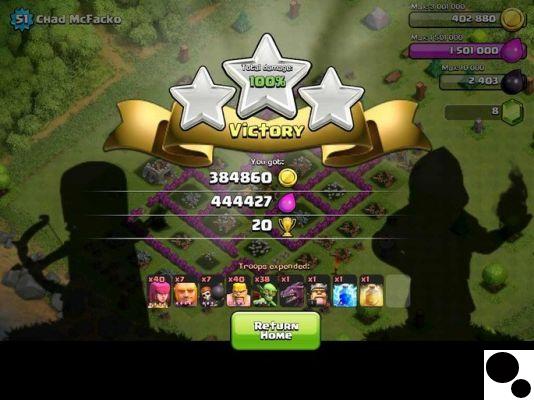 The aim of your attacks should be to loot as much of your opponent's resources as possible in farming. But for that, you have to know which resources are the best target. During attacks, there is only a predefined percentage of resources that can be stolen. If your opponent's level is lower than yours, this amount will be lower.

Check out what you can get in each attack:

5. Don't underestimate the power of the Shield

Whenever you are attacked and your village is destroyed, you will be protected by a shield for 12 or 16 hours depending on the damage. This time when you are immune to attacks is great as it gives you the ideal opportunity to recover without worries.

So no wanting to attack enemies during this period. If you do, you will give up your shield at a time when you are not prepared to suffer from attacks. There are even players who expose their villages to be destroyed on purpose, just to gain the protection of the shield.

Remembering that after protection ends, you have some time to attack without being attacked. This time will depend on the League you are in.

Once you've maxed out your Town Hall, you can start thinking about joining a Clan. This is not only a good way to socialize, but also to join wars and share troops.

You can create your own clan or join an existing one. In any case, the advantages are many, as long as you are open to helping your allies in any way they need.

Get smart in Clan Wars matchmaking

During Clan Wars, the matchmaking system will try to find an opponent who is at the same level as your clan. This is to keep the fighting fair. The problem is that this doesn't always happen.

It takes around five minutes for the system to give up finding opponents with similar data to yours. From there, he will broaden the spectrum of research, which can be good or bad: either a stronger opponent or a weaker one will appear.

To avoid unequal battles, when the five minutes of research are over, you must cancel the search and restart it. 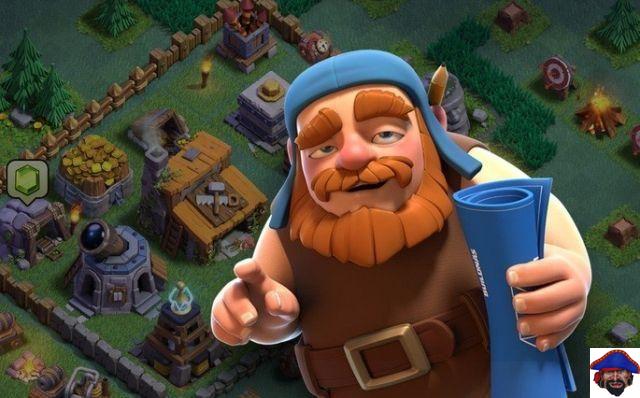 Builder's House mode adds a new base for you to command, where the Town Hall is replaced by the Master Builder's Hut. Although the proposal remains the same, there are some advantages over the original mode.

There are two main ones. One of them is that in this new mode you can build the Gem Mine. She will release extra gems, slowly, of course, which can be used in any of her villages.

The second is that at level 9 the OTTO hut is unlocked. When this happens, you get an extra builder in the Builder base. If in the home village you own the Master Builder's hut, that Master can build on any of the bases.

Audio Video 7 tips to have the most powerful village in Clash of Clans
7 Valuable Tips for You to Master in Super Smash Bros. Ultimate! ❯